What is the record that the Pumas are looking for in Spanish football? 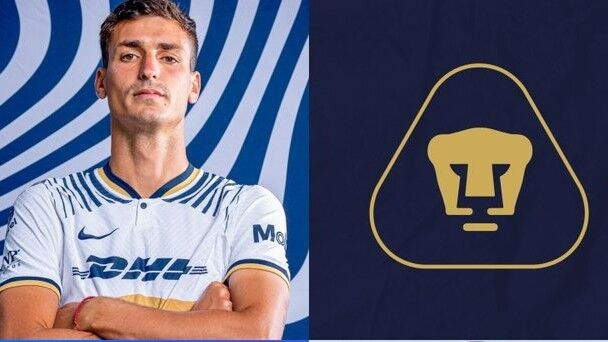 Lyou Cougars of the MX League They are one of the few teams in the Americas that can boast of beating the real Madrid at home and with Santiago Bernabeu Trophy in between, something they achieved in 2004, but now, 16 years later, they have the opportunity to become the first Mexican team to play the two most important tournaments in Iberian football preseason.

The Cougarsregardless of whether they win or lose next August 7 at the Spotify Camp Nouthey will automatically become the only Liga MX team that plays the Santiago Bernabéu and Joan Gamper trophies.

The Lion competed for the Catalan trophy in 2014but no one else has done it against the two biggest teams in The league.

The squad commanded by Andres Lillini will become the first soccer team in Mexico to play the two unofficial tournaments organized by the most important teams in Spanish football and have the possibility of being the first, in addition to the hosts, to win both.

When did Pumas win the Santiago Bernabéu Trophy?

Pumas had a dream year in 2004, and in addition to becoming the first two-time Liga MX champion in short tournaments, he also got the real Madrid invited him to dispute the Santiago Bernabeu Trophy as part of their preseason.

The above was achieved by those from Pedregal at the hands of Hugo Sánchez, who was their technical director, and as is well known, he is one of the most important figures of Real Madrid in the late 80s and early 90s.

A total of 18 years later, the university club was invited by the team of Xavi Hernandez to compete for the Trophy Joan Gamper. The contest to honor the founder and eighth president in the history of the Blaugrana team has been held continuously since 1966.

Although the Pumas have the opportunity to enter the history books for being the first Mexican team to play and, possibly, the first non-organizing team to win both tournaments, they were not the first option, because before being invited, Formally, AS Roma declined participation, so the Aztec university students agreed to travel to the old continent to face Barcelona.

The 57th edition, scheduled for Sunday, August 7, 2022, originally included a couple of matches between the Barça and AS Roma men’s and women’s teams from Italy. However, on Monday, June 27, the board of directors of the organizing team notified that the teams led by Jose Mourinho and Alessandro Spugna they canceled their assistance and contract, even when ticket sales had already started, something that did not stop the Pumas from taking the place of the Romans.

Tags: Pumas UNAM - USA Latino, Soccer
Spain trusts growth ahead of the World Cup
“Football and family are my passion and my life”
‘Now I enjoy football more than ever’
FOOTBALL 3176