What is the Summer League NBA leaving for the 14 Lottery picks of the 2022 Draft? First feelings and observations 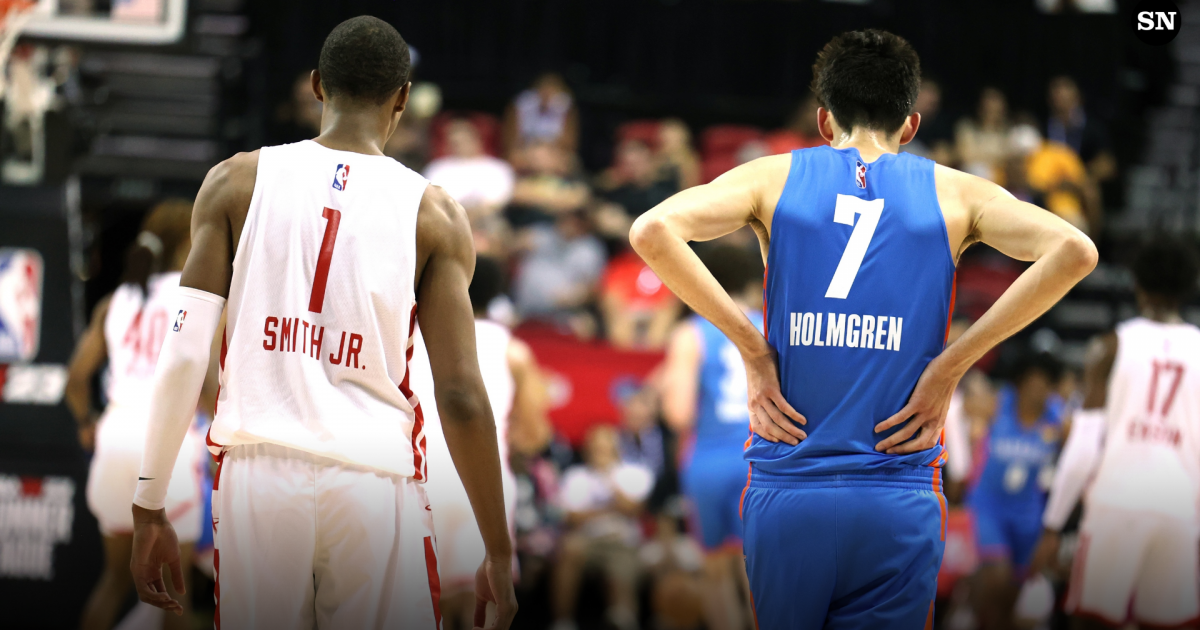 What is the Summer League NBA leaving for the 14 Lottery picks of the 2022 Draft? First feelings and observations

The Summer LeagueNBA He has already put on the field on multiple occasions a large part of the best rookies in the Draft 2022 and although it is still clear that it is too early to draw definitive conclusions, there is material and justification to have some initial observations.

After seeing Chet Holmgren shine in his debut for OKC in the Salt Lake City Summer League, Orlando fans can breathe easy. Banchero has also impressed in his first two games in Las Vegas, showing all his offensive skills to shoot, attack from the dribble, play post up and perhaps above all assist teammates (6 on average in 30.1 minutes). The former Duke’s combination of size, power and technique is allowing him to dominate at this level and he is even showing very good energy in defense (2.5 steals and a block), beyond an occasional distraction.

It’s only been two Summer League games and Paolo Banchero has already shown how lethal he is as a creator with all the different passes he can make.

Reads in transition, through tight windows with zip, off a live dribble on the attack, back to the basket. Elite playmaker at 6-10. pic.twitter.com/xVeqFJqeMo

Beyond some ups and downs with the shot and suffering one on one against stronger rivals, Holmgren is looking like the biggest talent in this 2022 class of rookies. His ability to impact in different areas has little equal, even at the NBA level. And although it was known that such were his conditions, the Summer League is serving to confirm it: he shoots 39% in triples and 100% in free kicks, averages 3 assists in 26.1 minutes, drops 9 rebounds, handles the ball like a perimeter and above all, he appears as the best rim protector in the entire summer league: he is averaging 4 blocks per game (and unlike other specialists, almost without committing faults). Unicorn.

Chet looked more like the HS version of himself with the freedom to create so much off the dribble. Just better. pic.twitter.com/g2ivpAxvhi

Thumbs up for Banchero and Holmgren, to a Smith’s most irregular performance, which does not look comfortable in a type of game in which there is very little from the collective and a lot from the individual level. Jabari is not a talented player when it comes to playing with the ball and it is difficult for him to score when he has to create one-on-one: in two games he is throwing a 31% from the field and 23% in triples. The positive? Defensively it is exactly what was expectedas someone who can rebound, protect the rim and keep up with smaller opponents on the perimeter.

Murray comes from being the best scorer in the NCAA and is maintaining that level in the Summer League. He has already played five games and averages 20.4 points, in addition to 7 rebounds, with phenomenal percentages: 49% from the field, 42% on triples in 7.2 attempts and 85% free. The shot is looking especially consistent and dangerous. He is one of the rookies who already seems ready to immediately help his NBA team.

No. 4 overall pick Keegan Murray was HOOPING today for the @SacramentoKings 👑

He dropped 23 PTS and 3 AST pic.twitter.com/EkqkTkIbFy

Ivey was barely able to play a game and a half due to an ankle injury, but those minutes were enough to show glimpses of why it can easily end up being one of the two or three stars of this class. He scored 3 of 6 triples, left some interesting passing flashes and displayed on several occasions that completely differential athletic ability, both in terms of explosion and speed (Ja Morant level). Defensively he has to be more aggressive, but the things Ivey can do with the ball in his hands are highly valued at the top level. Get ready to see it in many highlights this season. He averaged 15.5 points in 18.8 minutes on 50% shooting.

Highlights of Jaden Ivey in 5 mins of action before suffering an ankle injury.

You could tell he is different. pic.twitter.com/86tUaCAJHG

Mathurin is a fierce scorer and he’s showing it in Las Vegas: 19 points in 24.2 minutes, with 47% from the field and 40% from triples. Like Ivey, he has off-the-chart athleticism combined with a very good outside shot. He contributes little or nothing as a passer (he adds 1 assist in 48 total minutes), but It shouldn’t surprise anyone if he ends up being the leading scorer among rookies next season.a. Especially playing in a Pacers that will give him minutes and shots.

Davis has undoubtedly been the weakest of the first ten picks so farevidencing many problems scoring and shooting: he has a 22.7% field in two presentations. The former Wisconsin had already had problems in the NCAA to be efficient, especially against top level rivals and something similar is being seen in Las Vegas.

Neither has Dieng been good so far, in his case already in four games: he registers 28.6% from the field and 17.4% in triples. He was already an inefficient player in the NBL last season and it’s happening again in the Summer League. He does occasionally show flashes of quality on the ball, but seems to be on a lower plane of development than other rookies (physically as well).

Who is standing out is OKC Lottery No. 3 pick Jalen Williams. In four games he averages 13.8 points with 56.4% from the fieldin addition to playing good defense and showing that he can be effective as a role player, cutting and attacking without the ball (in the NCAA he almost always had it in his possession). His explosion and ability to define in the paint is drawing attention.

Good first two games for Duren (11 points, 72.7% from the field in 19.1 minutes). Doing what he knows how to do: play above the rim on offense and block on defense. His combination of physicality and athleticism is already 100% NBA, but he still has to progress from a technical level and in his reading of the game (4 fouls per game).

Agbaji is being exactly the player that was expected, like a Athletic 3&D ready for minutes as a role piece in Cleveland. He is 40% from 3-for-7.5, is intense on the mark and has had some good moments as a passer.