What is the top speed record with a MotoGP? 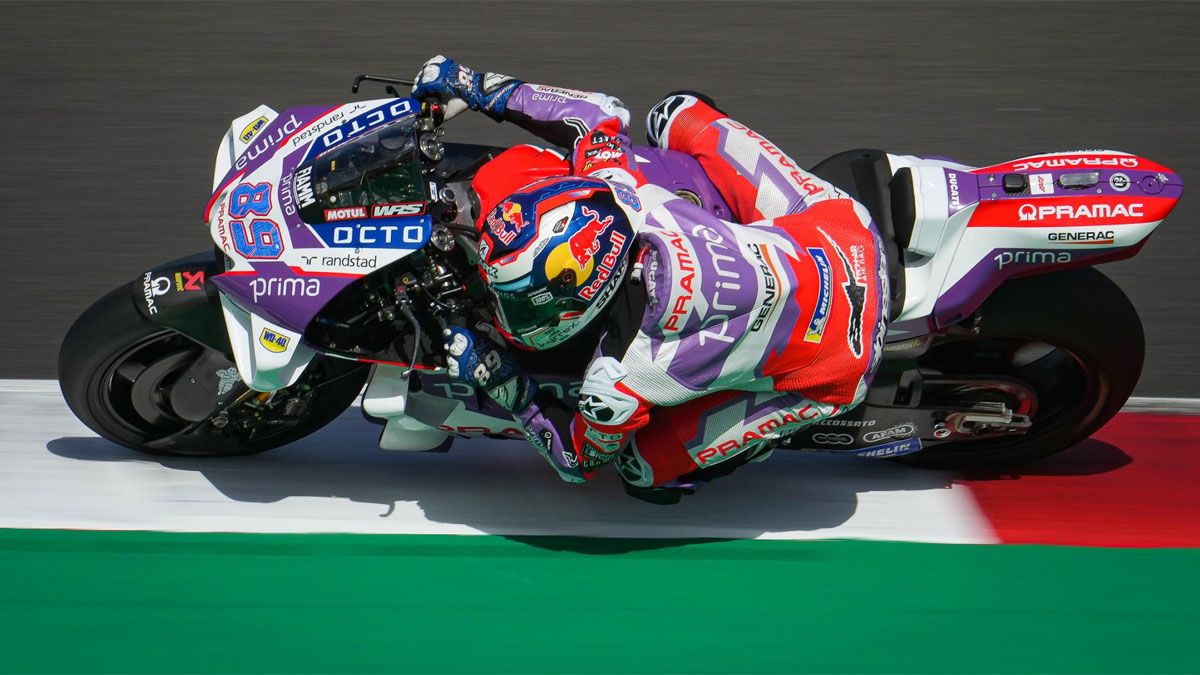 What is the top speed record with a MotoGP?

The Pramac driver succeeds his teammate Johann Zarco in the ranking, who in Qatar 2021 broke the 360 ​​km/h barrier for the first time

The Mugello circuit is considered to be the fastest in the MotoGP world championship thanks to its infinite main straight. This weekend, on the occasion of the Italian Grand Prix, Jorge Martín has set a new speed record point on the back of the Pramac Team Ducati, surpassing the mark achieved last year by his current teammate johann zarcoalso with a Desmosedici, although in a different setting.

In 2021, johann zarco reached the 357.6km/h during the MotoGP test at the Losail circuitand although that record is not considered official, it was the fastest time ever recorded on a track MotoGP. Everything would go one step further during the Qatar Grand Prix, when the Frenchman reached the 362.4km/h during FP4. The first time the threshold of the 360km/h. Historical. From there, the records would be happening without stopping in the last two campaigns until the milestone harvested by George Martin (Pramac) in the Italian GP 2022, where the man from Madrid came to shoot 363.6km/hin an appointment in which they would also stand out in terms of top speed Enea Bastianini (Gresini) and darryn binder (Yamaha).

The Top 10 top speeds in MotoGP: