What was the Rappi logo doing on a Formula 1 McLaren? 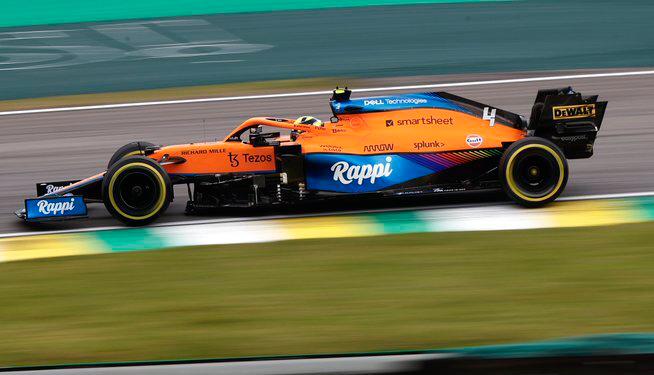 From the domiciles he went on to create a financing company together with Davivienda, and from there, will he make the leap to Formula 1? Rappi c

From the domiciles he went on to create a financing company together with Davivienda, and from there, will he make the leap to Formula 1?

Rappi caused curiosity in the last hours on social networks, after his logo appeared on the cars of the McLaren Racing team.

Thus, this Sunday, during the Brazilian Grand Prix, McLaren will wear the Rappi logo in the hands of its riders, the Australian Daniel Ricciardo and the British Lando Norris.

The Colombian brand will be stamped on the cars and suits of the two British team drivers. But that will not be the only appearance of the national technology company on the track of the Interlagos circuit in Sao Paulo.

On Thursday he was already in the tests, this Friday he does the same in the practices, this Saturday his logo will be in the classification &#8211; which will be a sprint race &#8211; and, as mentioned, on Sunday he will make the stellar appearance in the Grand Prix, number 19 of the world championship of the highest category of motorsport.

&#8220;It is a privilege for us to transcend borders once again and achieve what many brands would like: to be part of the Brazilian Grand Prix,&#8221; said Julián Mayorca, Head of Global Alliances and Strategy at Rappi.

In 2020, Formula 1 reached an average audience per Grand Prix of 87.4 million television viewers, hence the importance of the Colombian unicorn appearing in a competing car in this sporting event.

Loading...
Newer Post
The promise of Argentine boxing returned after a year and knocked out from the start
Older Post
WOMEN’S SOCCER Geyse culminates Madrid CFF’s comeback against Sporting H.