When do Lucas Bastida vs. Josh Kelly fight for the world title? 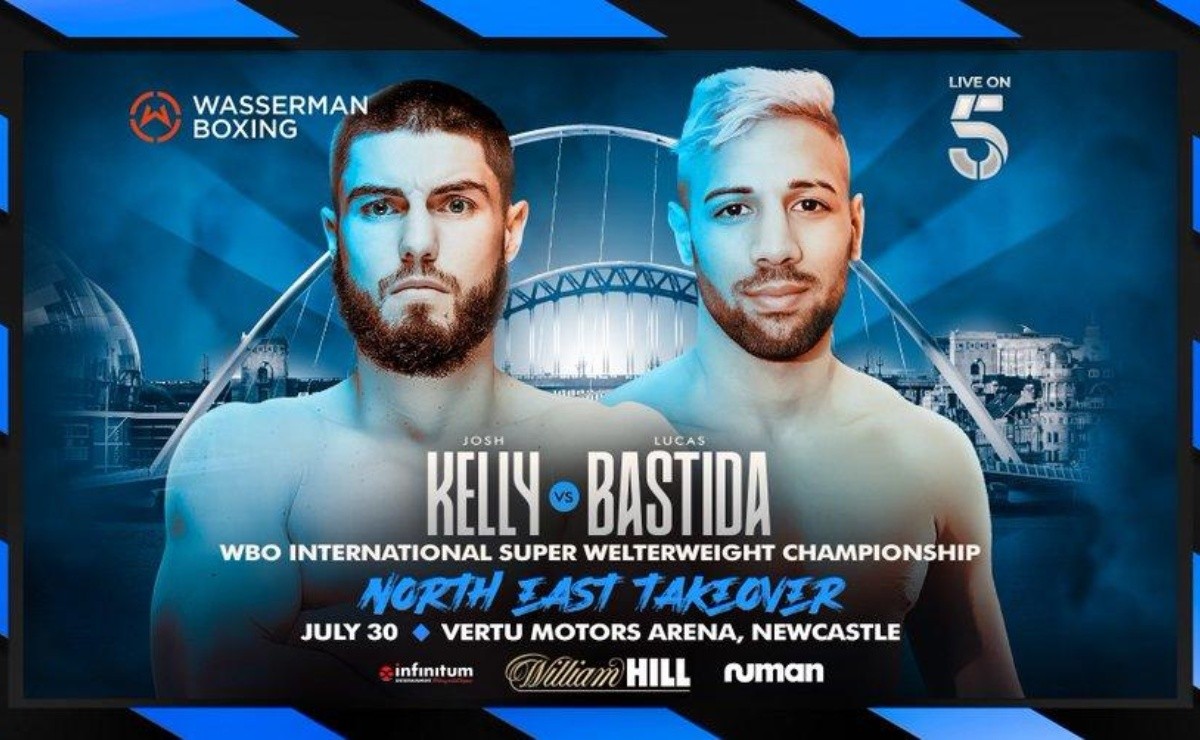 BoxingThis Saturday in Newcastle, the Argentinian will face the British for the WBO international super welterweight title.By Manuel Zucal Hernaez0

This Saturday in Newcastle, the Argentinian will face the British for the WBO international super welterweight title.

When do Lucas Bastida vs. Josh Kelly fight for the world title?

The current South American champion, Lucas Bastida, will face off against Josh “Pretty Boy” Kelly. The fight will take place this Saturday and will be for the international super welterweight title of the World Boxing Organization (WBO)., which is vacant. This will be the main match of the evening that will take place at the Vertu Motors Arena in Newcastle, England, and will be broadcast in Argentina on the TyC Sports screen.

In the previous one, the bookmakers are already giving a clear winner and it is clearly the local one. This is because it will give 1.05 for every dollar wagered against 9 for the Argentine and 25 for a tie.

El Tornado (18-1-1, 10 ko), is the current No. 1 in the Argentine ranking and has five defenses of the title that he won on January 11, 2020 by beating Gonzalo Chaparro. On the other hand, the last time he did it was on May 20, victory also by KO in the second against Bolivian Luis Rivero.

In two days he will live his long-awaited international premiere in front of Kelly (11-1-1, 7 ko), Olympian in Rio de Janeiro 2016, who as a professional he was already international champion of the World Boxing Association (WBA) and of the United Kingdom (Commonwealth) of the welterweightsdefeating important names, and comes from beating Peter Kramer by technical knockout on June 17.

“I am very happy to be here for the first big fight of my life. I arrive in the best shape, with a very intense and conscientious training, and with the aim of showing what I am for, which is not only to win, but to put on a great show. I came for the victory”, affirmed the Argentine.

Tags: boxing, Argentina
Neymar gets on the boom and buys two “furor” tokens
Chubut presence in the Ranking of the Argentine Boxing Federation
HBO announced the premiere of “Bilardo, the soccer doctor”: everything you need to know
BOXING 3638