When does Canelo fight? The best boxing fights for the year 2022 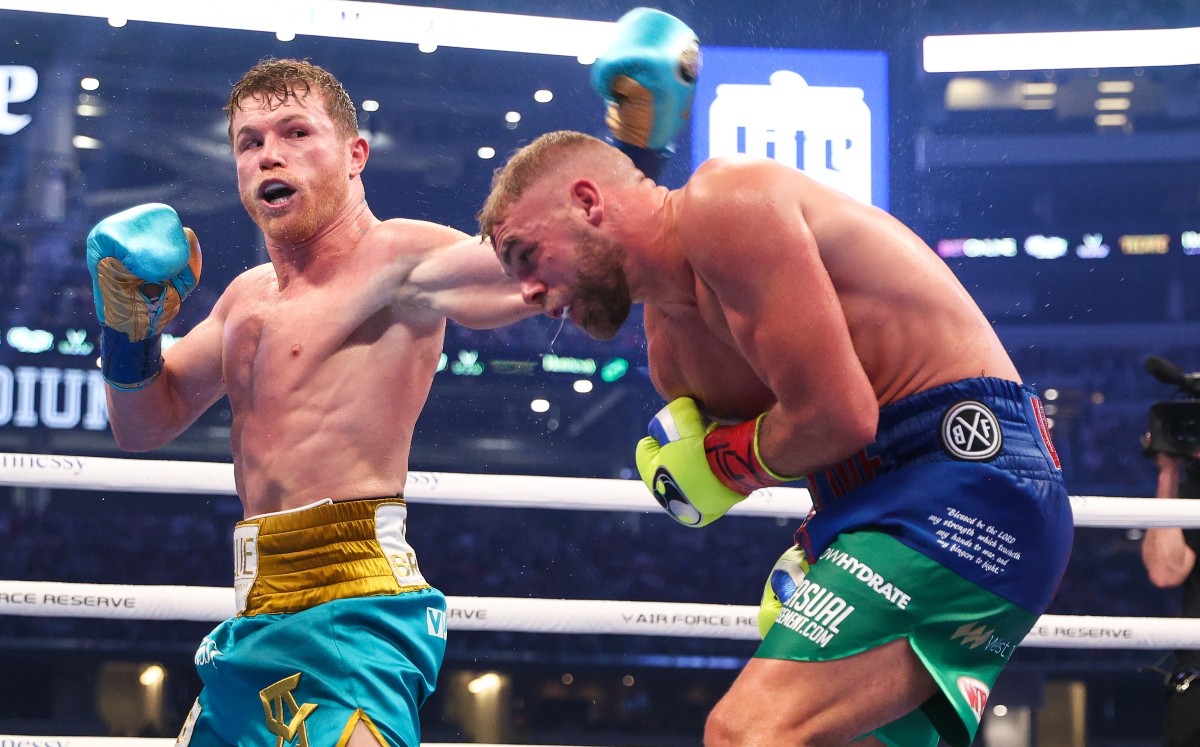 With the effects of the covid-19 pandemic still present, Mexico said goodbye to 2021 with seven monarchs, the lowest number since 2009.How

When does Canelo fight? The best boxing fights for the year 2022

With the effects of the covid-19 pandemic still present, Mexico said goodbye to 2021 with seven monarchs, the lowest number since 2009.

However, Mexico occupies the third position in the ranking of countries with the greatest number of champions, only below the United States, which has 14, and Japan with eight.

Topping the list of the best fighters of the moment is the Mexican Saúl Álvarez, who is not only the highest paid of the moment, he also tops the list of pound-for-pound monarchs after winning the undisputed championship in super middle.

Canelo for this 2022 announced that he would seek to conquer a fifth division, after he already governed the super welters, middle, super middle and light completes. Among his plans is to return in May to face the winner of the duel between the Ghanaian monarch Ilunga Makabu and Thabiso Mchunu, who will meet face to face on January 29 in the United States.

With the super flyweight world titles of the World Boxing Council and the World Boxing Association, Juan Francisco Estrada also ranks among the pound for pound thanks to the duels he held against the Nicaraguan Román González. However, the injuries forced him to take a break, and after a year he plans to get back into the ring on March 5 to close the trilogy with Chocolatito.

Oscar Valdez, one of the figures who surprised in 2021 with the knockout of Miguel Berchelt, is now the super featherweight monarch of the World Boxing Council and under the tutelage of Eddy Reynoso – Canelo Álvarez’s coach – he will seek the biggest names within the division, having accounted for their mandatory title challenger Robson Conceicao.

After a 16-month absence, super featherweight champion Leo Santacruz will return in February at 130 pounds to face the nephew of legendary former champion Michael Carbajal. Leo tried in October 2020 – his last fight – to move up to lightweight but failed after being knocked out in six rounds by American Gervonta Davis.

The capital monarch Emanuel Navarrete, owner of the featherweight title of the World Boxing Organization, added two more defenses to his record last year, but the rumor that he would move up the division to face Oscar Valdez is something that fans are excited about. .

Julio César Rey Martínez could finally see himself face to face with Puerto Rican McWilliams Arroyo, but the fight ended in three rounds and was not valid due to a clash of heads. However, he kept by his side the WBC fly crown that he intends to put into play as soon as possible and then move up in the division.

In May Esteban Bermúdez faced the Venezuelan Carlos Cañizales who was looking for the third exhibition of the World Boxing Association’s light fly crown and beat him by knockout in 6 rounds. Bermudez aspires to defend his crown for the first time.

In the international field, fights like Keith Thurman vs. Mario Barrios, on the billboard where Leo Santacruz is seen, powerfully draws attention. Just like the WBC super flyweight regular title dispute between Mexican Carlos Cuadras against Thai Srisaket Sor Rungvisai scheduled for February 5.

Due to the increase in contagions of the omicron variant, England canceled all the evenings scheduled in January, leaving as collateral damage the presentation of the two-time undisputed monarch Claressa Shields before Ema Kozin at the end of this month, in a duel that would be part of Chris’s return Eubank Jr.