When does LaLiga start in Spain? | football 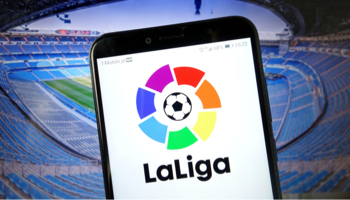 It's not long before the excitement of football begins again in Spain, Europe and the rest of the world. LaLiga, the highest soccer c

When does LaLiga start in Spain? | football

It’s not long before the excitement of football begins again in Spain, Europe and the rest of the world. LaLiga, the highest soccer competition in the country, will see its beginnings again next August, in a year that the 2022 Qatar World Cup will also take place.

let’s meet When does LaLiga start? the most important dates of the calendar and which teams will participate in this new season.

On June 23, the Royal Spanish Football Federation held the draw for the LaLiga season 2022/23 calendar, at the Ciudad del Fútbol in Madrid.

Currently, the LaLiga draw is computerized, unlike years ago when it was a manual process. There are four drums that automatically draw a number and from these the software makes the match schedule. Since the 2018/19 season, an asymmetric type of calendar has been used in order not to repeat the first leg matches in the second round. In this way, the competition is given more emotion and games that could seem “repeated” to the fans are not played.

The teams that will compete to be the first in the competition and not be relegated to LaLiga2 are the following:

Valladolid, Almería and Girona are the three clubs that have managed to be promoted to the first division after their excellent 2021/22 season. Now they will face off against some of the most fearsome and powerful clubs in the country. Will they manage to stay in this category for the following season? We will see very soon.

On the other hand, last season Granada, Levante and Deportivo Alavés fell to the second division.

Changes in La Liga for the Qatar 2022 World Cup

This year the football season will be slightly different as the World Cup takes place in Qatar, between November 21 and December 18, so LaLiga will be interrupted from November 9 and will resume on December 31. 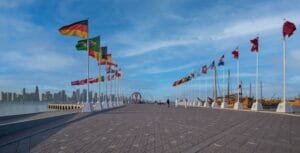 Unlike previous editions, the 2022 World Cup has to be held at the end of the year due to the high temperatures in Qatar during the summer months. This forces certain readjustments to be made in most football competitions, such as the Permiere League, the Bundesliga and even the Champions League.

Dates of the most important matches of this new season 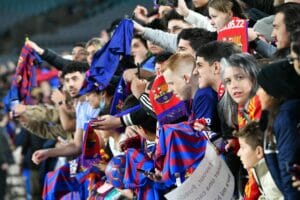 The classic, one of the matches that all fans await like water in May, is the Barca-Madrid. This year the first classic of the season will take place on October 16 at the Santiago Bernabéu, on matchday number 9 and the second on matchday 26 at the Camp Nou, the day March 19, 2023.

The Catalan derby, Barça – Espanyol, will take place on December 31on matchday 15 and the return will be the day may 14on matchday 34, the penultimate of the competition.

The Madrid derby, Real Madrid – Atletico Madridwill take place September 18 and then at the Santiago Bernabéu on the day 26 of February.

The Andalusian classic, Real Betis – Seville, It will be played on matchday 13, on November 6 and the second leg will take place on May 21, on matchday 35 of LaLiga.

Where to watch LaLiga matches on television

This 2022/23 LaLiga season can be seen on television through two channels since Movistar has lost the exclusivity of broadcasting the matches. The operators through which matches can be secured are Movistar+, DAZN, GOL TV, Orange and LaLiga TV bar.

Now you know a little about what the new season of this competition is going to be like, enjoy and bet on LaLiga matches with bwin.

Chelsea advances to quarter-finals – Football
The world of football surrenders to Rafa Nadal, the first tennis player to win 21 Grand Slam tennis
Pachuca: The 4 youth squads from Tuzos who have gone to Europe
FOOTBALL 3176