When Hamilton consecrated himself at home in full flood 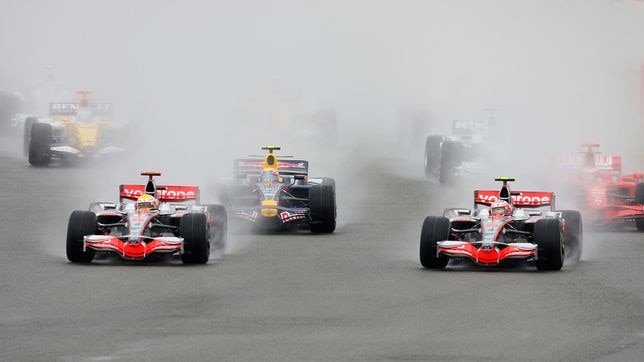 On July 6, 2008, exactly fourteen years ago today, Lewis Hamilton achieved the first of his eight victories at Silverstone, the circuit where he ha

On July 6, 2008, exactly fourteen years ago today, Lewis Hamilton achieved the first of his eight victories at Silverstone, the circuit where he has climbed to the top of the podium the most times (along with the Hungaroring). He had already achieved pole position on the legendary track the previous year, but was overtaken in the race by Kimi Raikkonen and Fernando Alonso.

In that 2008 season, Hamilton arrived at his home race as fourth in the World Championship, ten points behind Felipe Massa. After two races without points, including the one in Canada in which he hit Raikkonen from behind in the pit lane, the Briton had to win if he didn’t want to drop. And he not only won, but he swept away.

And that the weekend did not start in the best way. The pole was achieved by a McLaren, but not his, but that of his teammate Heikki Kovalainen, in what would be his only pole position in Formula 1. Lewis could only be fourth eight tenths behind the Finn. But on Sunday, the storm was unleashed, both competitive and meteorological.

In the typical English summer, the rain came to the Silverstone circuit. And Hamilton started his adventure. At the start, before reaching the first corner, which was ‘Corpse’ (at that time the main straight was on the ‘National Pit Straight’), he passed Raikkonen and Webber to take second, and even got into parallel with Kovalainen. In just 200 meters, he had already gained two positions.

On lap five, Hamilton went all-in on ‘Becketts’ and overtook his team-mate, going on to lead the race. And he did it to the end. In those almost 55 laps, Hamilton managed to double the fourth classified, who was the reigning champion Kimi Raikkonen. He was accompanied on the podium by Nick Heidfeld and Rubens Barrichello, the only ones he did not lap. But it took both of them more than a minute. Since that July 6, 2008, no one has managed to win by taking more distance from the second.

Hamilton left Silverstone as the world leader, while his main rival, Felipe Massa, who spun five times in the race, ended up lapping twice. In the universal deluge, Hamilton managed to consecrate himself in the cathedral of motoring. From that time, seven more would come.

Loading...
Newer Post
The great distinction of the US Open to Niemann and Mito Pereira
Older Post
Who are the heaviest players in the NFL today?