When was the last time a Spaniard won an F1 race? 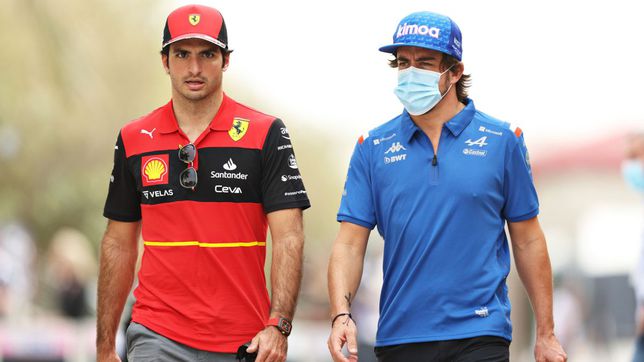 Carlos Sainz has made history after winning the 2022 Silverstone Grand Prix race. The last time a Spanish driver won a Formula 1 race was at the 20

Carlos Sainz has made history after winning the 2022 Silverstone Grand Prix race. The last time a Spanish driver won a Formula 1 race was at the 2013 Spanish Grand Prix. The work of Fernando Alonso, who started from fifth position .

Thanks to his good starts, an impeccable strategy with the tires, Alonso achieved the first position for the last time. Coincidence that he did it while he was at Ferrari, the same team as Carlos Sainz. It was his 32nd victory in the category and at that time he was crowned the fourth driver with the most victories in all of history. The Spaniard has won two world championships and since he left Ferrari he hasn’t had many chances to win again.

How many podiums has Carlos Sainz achieved?

The first podium for the driver from Madrid was at the 2019 Brazilian Grand Prix, in which he finished in third position, at which time he was driving for McLaren. A year later he got the second position in the Italian Grand Prix.

Since joining Ferrari, Sainz Jr has had more opportunities to get on the podium. He did it in 2021, with a second position in the Italian GP. In Russia, Abu Dhabi and Hungary he achieved third place.

The 2022 season is being the best of his career. On three occasions he has achieved second place, at the Bahrain, Italian and Canadian GPs, while in Arabia and Miami he finished third. With victory at the Silverstone GP, the Spaniard has achieved a milestone that has not occurred for almost ten years in the history of Spanish motorsports.

F1 2022: Checo Prez clarifies controversy after the celebrations for the victory in the Monaco GP
as in Silverstone, but in reverse
F1 2022: Checo resolves pending accounts in the 2022 season of Formula 1
FORMULA 1 1971