“When you have an open file, certain tweets do not help you” 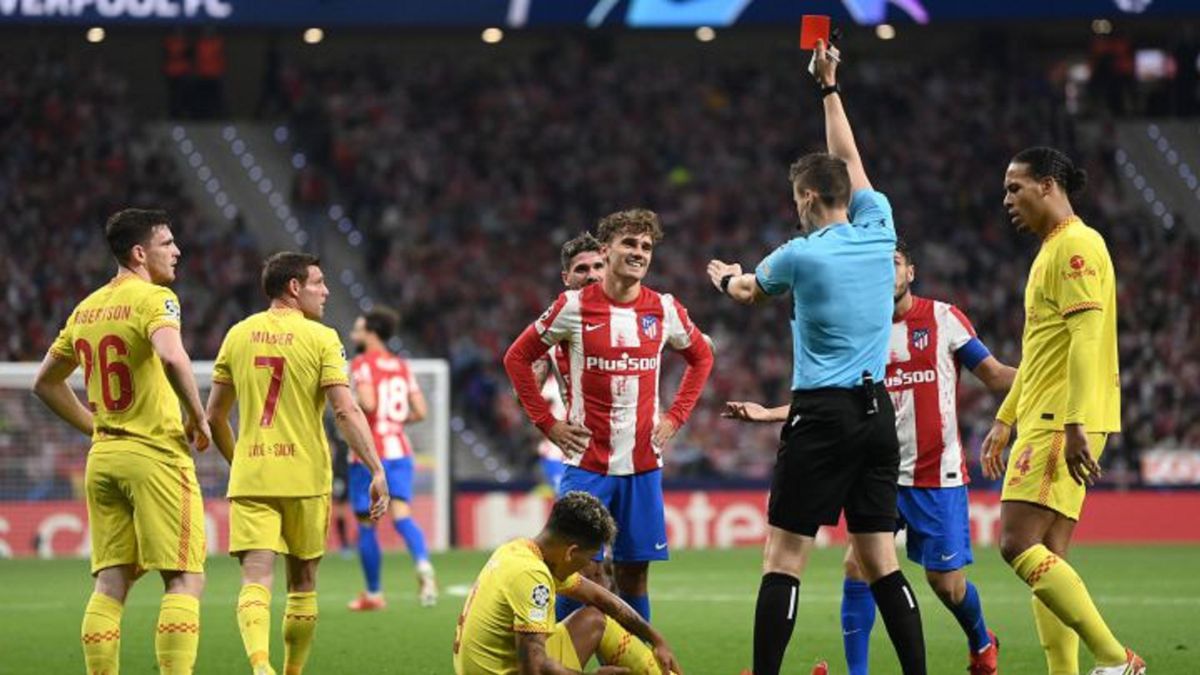 The former referee and commentator for the SER network, Iturralde González, tried to shed some light on the issue of the two-match ban imposed by

The former referee and commentator for the SER network, Iturralde González, tried to shed some light on the issue of the two-match ban imposed by UEFA for the red card that the French striker saw against Liverpool in Wanda for his action of “dangerous play” towards the Brazilian Firmino. He did it during the debate that took place yesterday in the Sanhedrin of ‘El Larguero’ of the SER chain.

For Iturralde González the key to the delay in communicating that second penalty game (The Anfield one was already lost for this reason) It has been the stoppage due to the national team matches and he acknowledged that certain tweets from the players only make the situation worse at the time of deciding the seriousness of the sanction and defended the economic punishments against sports players: “The first game is because it is immediate and they leave the file open. Generally there are two games when it is a serious foul play action. They have sanctioned three games with time, perfect, but everything is within that possible sanctioning regime. When you have an open file with UEFA, certain types of tweets do not help you close it. When on top, during that file you make a few tweets … Neymar was punished three games for a tweet. A month would not take if there are three Champions League games. When there is a stop, it takes that long, that’s the key. People want to see Griezmann on the pitch, and I do too. I am with the economic sanctions, so much desire, so much I take away from you. I pay a ticket to see the best in the field. “

Manu Carreño, for his part, took the issue of the tweet away from Atlético de Madrid forward: “What you can not tell me is that because Griezmann puts a tweet, more or less fortunate, they put two games instead of one. I don’t want to think that is the case, it would be unfortunate. “

“In the end, she’s another UEFA chieftain. She does and undoes what she wants. She doesn’t respect the clubs, she doesn’t respect the footballers, she doesn’t respect anything, when they want they touch your pocket, they take away part of what you have earned … “, Talavera denounced. And he analyzed the reasons for the outrage at the sanction: “This time the incongruity or anger comes from several points. One is already the card itself, which is debatable. Already two parties is crazy, but what is outrageous is They let them know almost a month later. It is that he has a week left to play and they will have to make the appeal quickly and running to see if UEFA listens to them. Fekir in the Europa League they threw three games, well he knows less than ten days after the play took place. And Atlético, because they have insisted, almost a month later they find out that they have two games. It is a shame from any point of view, but those abuses can touch anyone and it is outrageous “.