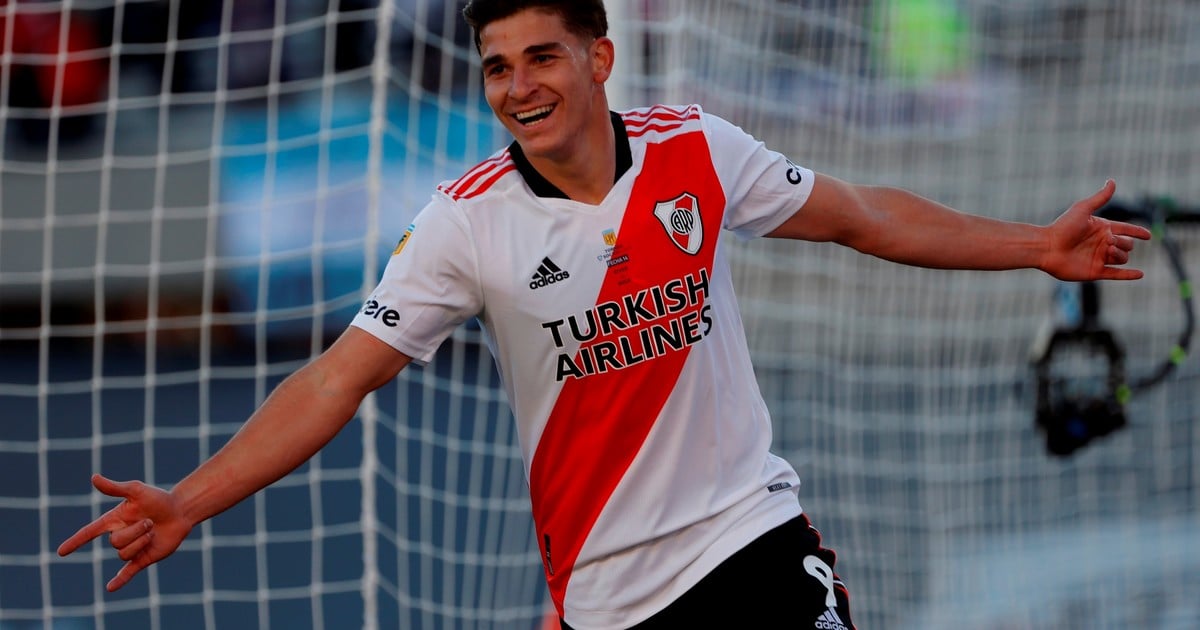 He is the player of the moment. He is a footballer who is consolidating and it is growing by leaps and bounds. Argentine soccer talks about him.

He is the player of the moment. He is a footballer who is consolidating and it is growing by leaps and bounds. Argentine soccer talks about him. And the world of football too. After having been the figure in the Superclásico, in which he converted the two goals of River’s victory over Boca by 2 to 1, Julián Álvarez is increasingly in the sights of European clubs.

The young man from Cordoba is about to take a big leap. From their surroundings they recognized Clarion that they do not imagine it in River much longer (if it is not in December, it is very possible that in the middle of next year there will be a transfer to European football), although at the same time they are cautious and they say that “until there is something official we will continue to think about the present, which is River.” And they added: “They call every day but whoever really wants it will make an official offer to the club.”

He was already being followed by clubs from different countries such as Valencia, Aston Villa, Ajax and Milan. Now, the Italian club, which had had talks in July with Álvarez’s representative, reinforced their interest, according to the Calciomercato site. And what’s more: he is already mentioned as the new Ante Rebić. The Croatian striker can play as a winger on both wings and as a second striker, something similar to what the “Spider” does in River. What’s more, they compare him with Hernán Crespo, who was a figure of River and the Argentine National Team and also stood out in Milan.

Milan came up with a competitor: Bayer Leverkusen. Emissaries from the German club, who already bought River from Lucas Alario and Exequiel Palacios, were at the Monumental on Sunday and were delighted with the level of Julián and his goals in the classic. What&#8217;s more: it even transpired that both one institution and the other they would be willing to pay 20 million euros for Álvarez.

The 21-year-old youth from Calchín, to whom the mayor Claudio Gorgerino (a River fan like him) sent him a WhatsApp message asking him to point &#8220;to the head&#8221; of Agustín Rossi (and Julián he listened), match by match continues to increase its price, each time closer to the amount of the clause of 25 million euros and more distant to the ten million dollars more bonds that the Orlando City of the MLS offered at the end of July and that the Monumental offices quickly rejected as insufficient .

According to the site Transfermarkt, the value of Álvarez is at least 15 million euros and due to its present and its enormous potential, the experts predict a future in some of the biggest clubs in Europe rather than in the second-tier clubs, which had it in their sights in the last summer window in the Old Continent.

At the age of 21 and with a National Team present, the &#8220;Wonder Child&#8221;, as Nicolás De La Cruz renamed him, is in a state of grace. With seven goals and three assists in the semester, he participated in 32% of River&#8217;s 31 celebrations (28 in the Professional Football League and three in the Copa Libertadores). In addition, with those seven goals he is the top scorer for the Muñeco team in the championship and is three behind José Sand (from Lanús) and Martín Ojeda (from Godoy Cruz). With the red band on his chest &#8211; in total &#8211; he scored 23 goals in 85 games and this year he scored 13 goals and gave 7 passes-goals.

For all these impressive numbers, Marcelo Gallardo tried to ask Lionel Scaloni for “a wink” to be able to have him against Banfield, since the Doll will have several casualties for that match. Anyway, from the Selection they warned that they will not make any exception with those summoned for the triple date of Eliminatory. In fact, Álvarez is already dressed in light blue and white and is training at the AFA campus in Ezeiza. Surely, for the November days there is a formal request from River so that they do not summon it since it will enter the definition stage of the local tournament.

Meanwhile, the leadership that assumes in December after the end of the mandate of Rodolfo D&#8217;Onofrio will have to accelerate the renewal of Álvarez&#8217;s contract that ends on December 31, 2022, taking into account that from July of next year he could negotiate as free. However, Julián&#8217;s situation is similar to that of Gonzalo Montiel, who signed the extension of his bond when he was in a position to keep the pass in his possession.

The sense of belonging and the will to leave good money to the club that sheltered him since he was 15 years old when he settled in the pension is what prevails in Álvarez&#8217;s head, a boy very grateful to all who helped him in his growth. It is enough to remember that recently he gave a truck to Hugo Rafael Varas, his first coach at the soccer school “Futura Estrellita” and at Calchín Fútbol Club.

Tags: they want, that, European
Facundo Campazzo and a triple that aroused applause in the Denver Nuggets’ beating against the Dallas Mavericks
This is how the table was left with Talleres as the absolute leader, River on the prowl and Boca that is approaching
Salinas Golf and Tennis residential complex: exclusivity and innovation
FOOTBALL 660