Who are the favorites of UFC Vegas 55? Bookmakers tell us 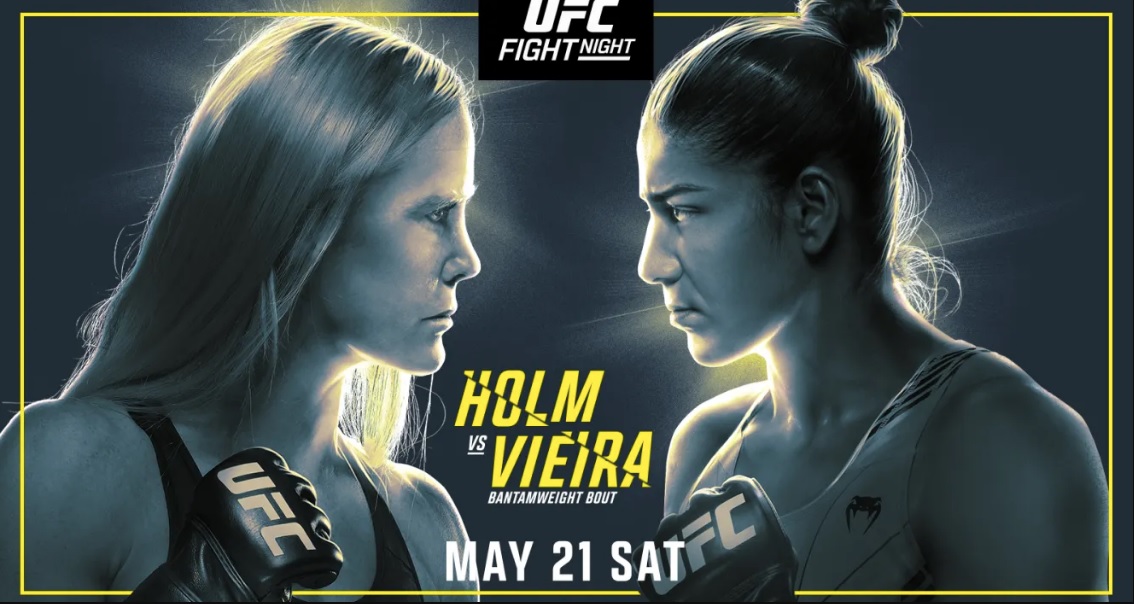 On Saturday, May 21, the UFC Fight Night event will take place at the UFC APEX in Las Vegas, Nevada. Former champion Holly Holm will make her retu

On Saturday, May 21, the UFC Fight Night event will take place at the UFC APEX in Las Vegas, Nevada. Former champion Holly Holm will make her return to the Octagon. He will compete in the main event against Ketlen Vieira in a bantamweight division bout.

former boxing champion, Holm, 40, joined the UFC in 2015 and pulled off the big upset at UFC 193 when she beat Ronda Rousey. for the UFC bantamweight title.

Since that victory, “The Preacher’s Daughter” immediately lost the title against Miesha Tate. Since her match with Rousey, she is on a 4-5 win streak, but is 3-1 in her last four fights. Riding a two-fight win streak, Holm last fought in October 2020, defeating Irene Aldana. She was supposed to fight Norma Dumont and Julianna Pena in 2021, but a knee injury stopped her activity.

Vieira, 30, is 6-2 in the UFC and 2-2 in his last four fights. Vieira last fought in November, beating Tate by unanimous decision..

It is a fight between two different eras of MMA with a 10 year age difference between the female fighters. The matchup will be a match between a great attacker (Holm) against a BJJ fighter (Vieira) with a good fighting game.

combat is really crucial for the two female bantamweight contenderssince winning them would again give them a relevant position in the title panorama.

The Underdogs: Ketlen Vieira, Santiago Ponzinibbio and Dusko Todorovic are the underdogs and if you bet your money on them and they get a win then it will be a big win for you.

Loading...
Newer Post
Giovani dos Santos without a job in football, what does the former FC Barcelona player do?
Older Post
Spanish GP F1 2022: The improvements that Red Bull prepares for the European tour of the season