Who got their first victory with Ferrari? 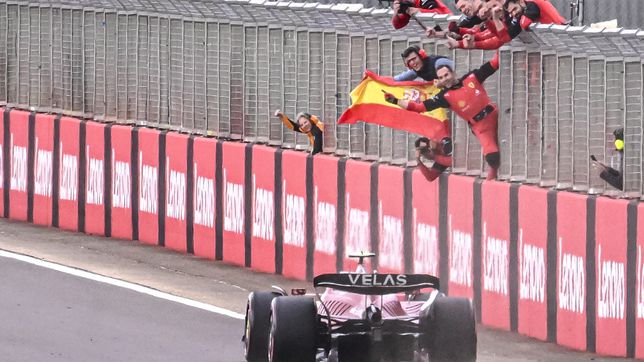 Carlos Sainz's victory last Sunday was the Madrid driver's first in Formula 1. After crossing the finish line, the Spaniard represented what it mea

Who got their first victory with Ferrari?

Carlos Sainz’s victory last Sunday was the Madrid driver’s first in Formula 1. After crossing the finish line, the Spaniard represented what it meant to him: “My first victory, and with Ferrari at Silverstone”. Winning with Ferrari is a feeling that few drivers can experience (only 40 in all of history), and if you get your first victory with ‘Il Cavalino Rampante’, it’s even more special. Who else got it?

Five of them were world champions

Along with Sainz, there are 22 drivers who achieved their first victory with the colors of Ferrari. Of them, six were world champions. Niki Lauda won the 1974 Spanish GP (later he got another fourteen); Mario Andretti only achieved one with Ferrari, in 1971 in South Africa; John Surtees, the only Formula 1 and motorcycling world champion driver, won for the first time at the 1963 German GP.

Phil Hill fulfilled a dream: his first victory came in 1960, with a Ferrari, and at Monza; Mike Hawthorne won the French Grand Prix in 1953 and Alberto Ascari took first place in the 1951 German Grand Prix.

Before Carlos, the most recent driver to have achieved his first victory with Ferrari was his teammate, Charles Leclerc. In this list there are also other illustrious names such as Felipe Massa, Rubens Barrichelo, Gilles Villeneuve, Clay Regazzoni, Jacky Ickx or Jose Froilán González.

There are also other names, perhaps not so important in the world of Formula 1, who have won with Ferrari, such as Jean Alesi, Patrick Tambay, Ludovico Scarfiotti, Wolfgang Von Trips, Lorenzo Bandini, Giancarlo Baghetti or Piero Tartuffi. Despite not having an extremely successful career, all of them can say that they achieved their first victory, and in some cases the only one, with the most successful team in history.

How much do Formula 1 drivers earn? The difference between the leader, Hamilton, and the rest is abysmal
F1: FIA responds to safety car criticism
Spanish GP F1 2022: Helmut Marko: “We were lucky that Leclerc retired”
FORMULA 1 1902