Who is Andy Cruz, the boxer who defected from Cuba 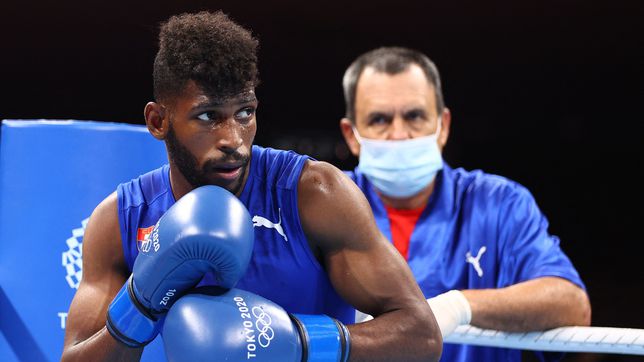 One of the great problems of Cuban sports is the high dropout rates (only in June two players from that country left the team that traveled to a tournament in Mexico). One of the most recent cases of abandonment is the boxer Andy Cruz. But who is the boxer who defected from the island?

Andy Cruz, born in Matanzas, Cuba, in 1995, became a benchmark in amateur boxing in 2015, when he was 20 years old, when he won the gold medal in the bantamweight category at the Pan American Games in Toronto. Four years later, Cruz repeated the feat by winning the gold medal at the Pan-American competition in Lima.

Cruz achieved international fame two years later. At the 2021 Tokyo Olympics, the Cuban won the gold medal in the lightweight division, where he won his second medal in American tournaments.

YOU MAY BE INTERESTED: Yordenis Ugás and the suffering he experienced to leave Cuba

In total, as an amateur boxer, BoxRec reports that Cruz has 149 fights with a record 140 wins (nine by knockout) and nine defeats, none by way of chloroform.

Now, five days after defecting from Cuba prior to the Playa Girón tournament, Cruz used his social networks to report that he is ready to make the leap to professionalism despite being 26 years old.

so excited to be professional. I have been waiting for this for a long time. I am 26 years old, which some consider too old to make my professional debut. I’ve been ready for this. I will prove that I am the best. I want to fight the best.

You may not know me now, but soon you will @realdevinhaney 🤜🏾🤛🏾 you have something I want 🌀🙌🏿

Boxing: Tyson Fury kicks a taxi that refused to take him for being drunk
Four Panamanian boxers are in the ‘top 10’ of their divisions in the WBA
International boxing delegates arrive to visit venues and hotels to be used in the 2022 Continental | Other Sports | sports
BOXING 3611

Loading...
Newer Post
The pick in the Chicago Bulls NBA Draft 2022: Dalen Terry
Older Post
Messi and the legends of football at the age of 35 – The preview