Who is Holly Sonders, the girlfriend Oscar de la Hoya bragged about in the Ryan Garcia fight? 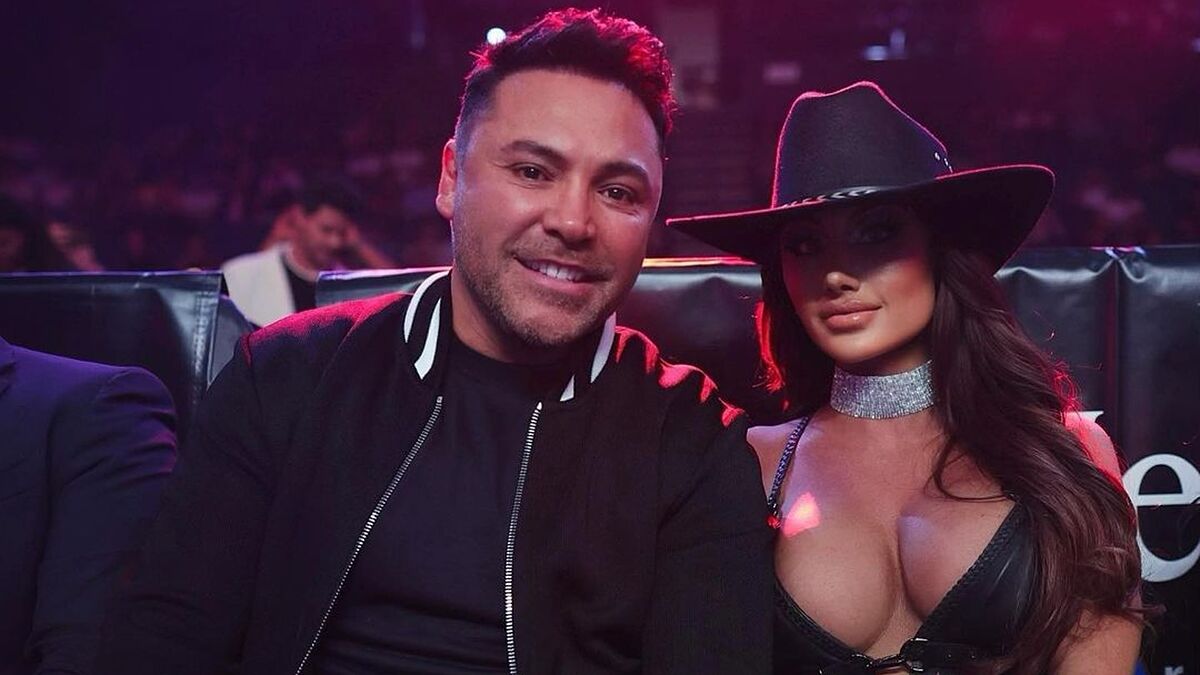 Who is Holly Sonders, the girlfriend Oscar de la Hoya bragged about in the Ryan Garcia fight?

The couple was seen in public together in the fight between Garcia and Javier Fortuna in the Crypto.com Arena in Los Angeles, when Garcia scored what many consider to be the biggest victory of his career by dispatching the former WBA super featherweight champion.

Who is Holly Sonders?

De La Hoya, the famous boxing promoter and former boxer, met Sonders, who was a television reporter, at a party in June 2021 and they started dating in August of that same year.

De La Hoya is now 48 years old and there is quite a difference in age between him and his partner, who is 34 years old.

The couple seem to have a great deal of affection for each other, as they have made clear in several recent interviews.

Oscar stated that sounders “makes me feel like King Kong” in a February interview with BoxingScene.comadding that he had made the decision to retire from the ring.

sounders showed his affection in the most permanent way recently, when he got a tattoo that represents the most important moment in his boxing career for From the pot.

The tattoo shows him pointing up after winning the Olympic gold medal in the 1992 Barcelona Games.

“Dear Oscar, you have everything in life, there is nothing I can give you that you haven’t already received… except this,” she captioned the photo.

“This tattoo represents the day you became the golden-boy. The moment you won the gold medal in the 1992 Olympics and you looked at your mother, who had passed away a few months before.

“In choosing an artist to bring this moment to life, there was no question I wanted it to be your sister’s husband, Tattoo Esteban. I love you.”