who is Julius Francis, the former boxer who went viral for knocking out a civilian in England 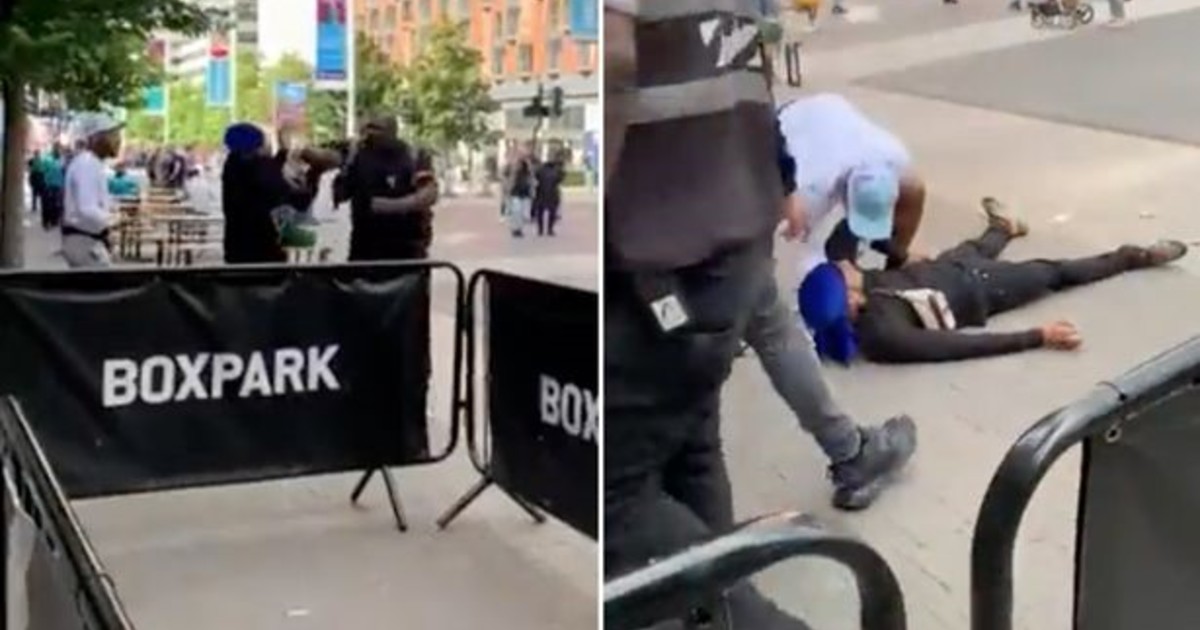 Former heavyweight boxer julius francis went viral in a video in which he is seen dealing with an incident in the Wembley Box Park. Francis, now

who is Julius Francis, the former boxer who went viral for knocking out a civilian in England

Former heavyweight boxer julius francis went viral in a video in which he is seen dealing with an incident in the Wembley Box Park. Francis, now a security guard, was filmed punching a man to the ground in an altercation outside the bar, a popular hangout with English football fans.

The Metropolitan Police said it was investigating the incident and therefore Boxpark explained that it could not comment beyond acknowledging the images, according to the media. The SportingNews.

What titles did Julius Francis win?

In his professional career between 1993 and 2006, Britain’s Francis won, lost and regained the Southern Zone regional title during his first three years in business. In 1997, Francis unsuccessfully challenged for the European title, winning both the Commonwealth and UK belts. The loss against Danny Williams in 2001 he had Francis lose his British and Commonwealth crowns at Wembley Conference Centre, half a mile away from Boxpark.

On January 29, 2000, with no title at stake, he faced one of the most feared fighters on the planet: Mike Tyson. Iron Mike was a fading force at the time, wrestling outside the United States for the first time since his shock loss to Buster Douglas in 1990.

Tyson and Julius Francis, face to face in January 2000. (AP)

The veteran had one of the toughest nights of his career against the former heavyweight champion of the world. Tyson dropped Francis with 45 seconds left in the first round and sent his opponent back to the canvas before the bell rang.

Francis returned for the second round and bravely continued despite being knocked down three more times, though referee Roy Francis had seen enough after a uppercut from the right brought down the British for the last time in the fight.

In a peculiar sponsorship deal, Piers Morgan, then editor of the British newspaper The Mirror, struck a deal for the media outlet to put its brand on the soles of Francis’ boots for the fight, in anticipation that the loser would get up often.

Leaving Tyson aside, the most notable name on Francis’ record is that of the former world champion Vitaly Klitschkowho also beat him in two rounds when the two met in Germany in 1998. Francis had a respectable career, although he also suffered losses to future world champion John Ruiz in 1994 and, by decision, to Olympic gold medalist Audley Harrison in 2004.

Now 57, his overall record after his last bout was 23 wins, 24 losses and a solitary draw, made considerably worse by losing each of his last 14 fights.

Tags: boxer, it is, by
the papelonesco act of closing a circus performance
Gustavo Lemos seeks to take a key step at Luna Park against the Welshman Selby to have a World Cup chance
Boxing: Daniel Aquino started the year with a devastating knockout in Santa Fe
BOXING 3105