Who is Oscar Piastri? – Sport-Journal 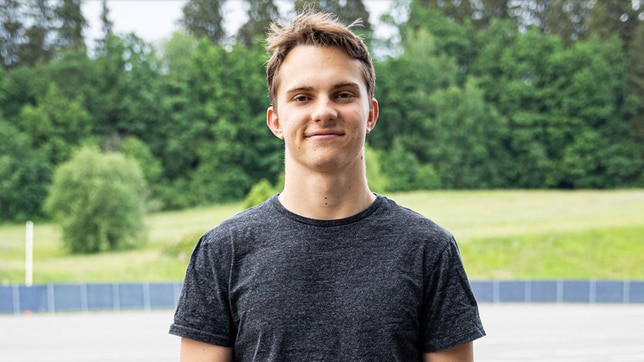 On the Friday of the Dutch GP, McLaren announced Oscar Piastri as the British team's driver for the next two years. The young Australian, a member

Who is Oscar Piastri? – Sport-Journal

On the Friday of the Dutch GP, McLaren announced Oscar Piastri as the British team’s driver for the next two years. The young Australian, a member of the Alpine Young Drivers Academy, is one of the last great talents to have passed through the F1 satellite categories, so it was a matter of time before he reached the top category of motorsport. What was not expected was the soap opera that has surrounded his arrival at the Great Circus.

Piastri, 21, with Italian-Australian parents, became passionate about motorsports at a very young age. His father Chris acknowledges in an interview for The Sydney Morning Herald that “the books Oscar read as a child were about cars”, and that even he “could recite how fast a car and its horses were”. He started out by competing in remote control car tournaments. They bought his first car on a business trip to the United States and Oscar, at only six years old, “managed to be third in a competition with people between 20 and 30 years old.”

At the age of nine, he tested his first kart at the Oakleigh track, half an hour from Melbourne. “I have never seen a smile on a child like the one Oscar had that day,” says his father. Piastri’s mentor in his karting days was James Sera, the Australian champion. In 2014 he competed in his first kart race outside his home country at Le Mans, and Piastri, already on the mend, finished third. On his karting adventure outside of Australia, his father was his main sponsor (he owns the software company HP Turners), as well as his main mechanic. Chris himself acknowledged that these were tough times when difficult decisions had to be made, such as doing the entire European karting tour in 2015. “We signed a 100-day contract to test the kart. Oscar was 15 years old and we went to Italy, Spain, France, the United Kingdom…”, says the father of the future McLaren driver.

“We got up at 4 in the morning to go to the airport, get on the plane, go to the karting track and come back a week,” says Chris Piastri, who estimates that he has spent, up to that point, between 250,000 and half a million dollars to finance his son’s career.

In December 2016, Oscar Piastri competed for the first time in a single-seater category, the United Arab Emirates F4, in which he achieved two podium finishes. But his first full season was in 2017 in British Formula 4, where he was runner-up. “It was clear that Oscar felt much better in a single-seater than in a kart, so the logical step was to go to Formula Renault,” says his father. In 2018 he made the leap to competition, in which he was eighth with three podiums, but his real explosion came the following year: in 2019 he won the championship with seven victories and 320 points, which served him, at the beginning of 2020, to enter the Alpine Young Pilots Academy. The association with the French structure earned him a seat in Formula 3 with the Prema team for the year 2020. The Australian was crowned champion of the category in his debut year with a three point advantage over Theo Pourchaire and four over the American Logan Sargeant , which helped him get up to Formula 2 in 2021, also with the Italian structure.

Piastri dominated the category preceding F1 with an iron fist, scoring six wins and taking a 60-point lead over second in the championship, teammate Robert Shwartzman. The Australian showed that he was a special driver: he became one of the five drivers who won the F3 and F2 titles consecutively, joining a list made up of names like Hamilton, Leclerc, Russell and Hulkenberg.

Mark Webber, a key figure in his career

In March 2020, Piastri signed with the representation agency of his compatriot Mark Webber, who has been working ever since to bring his pupil to Formula 1. Chris Piastri acknowledges that the former driver was essential for Oscar to be able to continue his career due to the high cost of the lower categories: “It was Mark and his wife Ann who negotiated with Prema. From there, he took over the reins and took care of everything.” Approximately, according to Piastri’s father, the Australian driver’s career has cost six million euros.

Many have been those who have made comments regarding the way in which the Australian has reached the highest competition. One of them is Pierre Gasly, who according to rumors is the main candidate to land at Alpine. The Frenchman called it “bold” to turn down the Enstone team’s seat.

In fact, the Piastri situation has caused something that seemed unthinkable: putting Toto Wolff and Christian Horner in agreement. The Mercedes team boss stated that “it is important that young driver programs are respected. I believe in karma and integrity”, while the Red Bull chief executive considers that “there must be a loyalty” towards the Alpine team, which he invested in his career.

Piastri is one of the great promises (if not the most) of motorsport, and he was destined to arrive, sooner or later, at the Grand Circus, although nobody expected that his entry on the grid would be so controversial. For the next two years, at least, the Australian will have the opportunity to demonstrate with McLaren why he has come to Formula 1 with so much noise behind him.

F1 2022: Checo Prez: What do you need to lead the World Drivers’ Championship?
Fire in Formula 1: (VIDEO) Carlos Sainz’s vehicle catches fire
Red Bull assured that its engine for the new season is not at the level of 2021
FORMULA 1 2455