Who is Rayane Bounida, the young Belgian soccer star that everyone confused with Mateo Messi 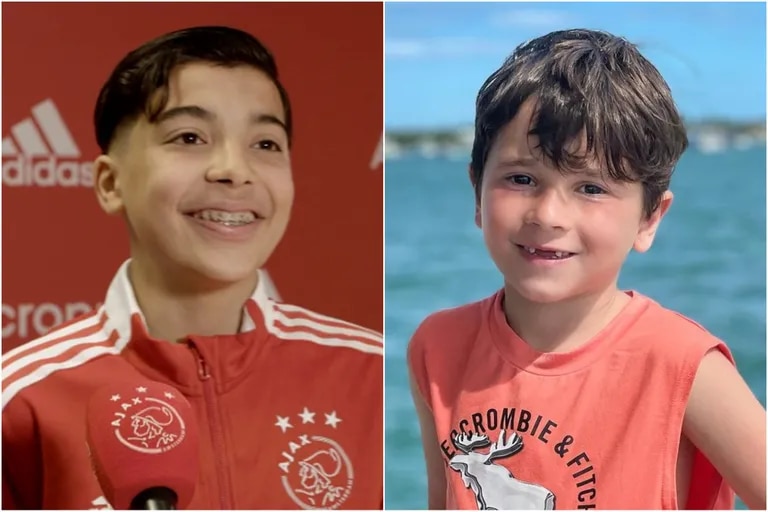 A video that went viral in the last hours through social networks generated surprise and confusion. In the images you can see a child with a physic

A video that went viral in the last hours through social networks generated surprise and confusion. In the images you can see a child with a physical build similar to that of Mateo, the second son of Lionel Messi, a pure gambeta in what seems to be a training session. However, it was all a big mistake.

When users saw the characteristic control of the ball that “La Pulga” has, and his amazing body resemblance, they did not take long to ensure that it was one of Messi’s heirs. “Mateo Messi is going to be better than his dad”, wrote one of the tweeters who shared the material. “How does it stick!“commented another. “Will it be him?”, asked several. “Whether or not he is, he must be at La Masía (Barcelona’s football school) tomorrow”, commented an excited culé fan.

The jewel of Belgian football that everyone confused with Mateo Messi

The video lasts only 12 seconds, but it shows the incredible qualities of this boy, who after dribbling three players with an amazing technique, shoots the goal with a powerful shot that goes in at an angle and leaves the rival goalkeeper without a chance. A true great goal that could carry Messi’s signature, but that was actually the work of a young promise of Belgian football, Rayane Bounida.

the sports journalist Veronica Brunati reported through Twitter that the little crack that everyone confused with Mateo Messi is actually the jewel that Ajax from the Netherlands signed last March. “This is the guy from the video that went viral today and some shared believing that it was Mateo Messi”, indicated Bruntati and specified: “His name is Rayane, he played for Anderlecht and was signed by Ajax”.

The journalist Verónica Brunati clarified that Mateo Messi is not the protagonist of the viral video (Photo: Twitter @verobrunati)

The journalist also shared the official tweet of the club through which the Argentines passed Darius Cvitanich and Mauro Rosalesand where two members of the albiceleste team currently play as Lisandro Martinez and Nicholas Tagliafico. “Welcome to Ajax, Rayane!”, says the post and has a photo of the 16 year old youth. 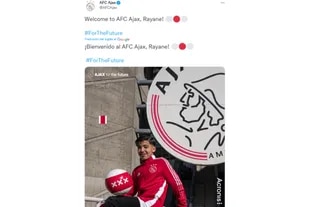 This is how they presented Rayane Bounida at Ajax (Photo: Twitter @AFCAjax)

Rayane Bounida was born on March 3, 2006 in Vilvoorde, a Belgian city located in the Flemish Region, in the province of Flemish Brabant. He is the son of Moroccan parents and he is considered a great promise of football since I was 8 years old. 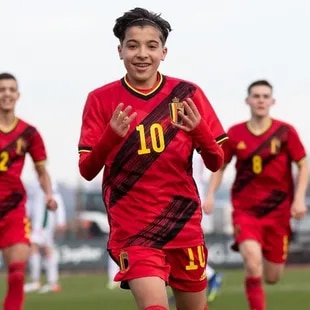 Rayane Bounida celebrates a goal with the “10” of Belgium (Photo: Instagram @rayane.bounida10)

Your position is attacking midfielder and has a lot of arrival at the goal. He started out playing in Anderlecht’s youth team, but when he turned 16, he announced his arrival at the prestigious Ajax in the Netherlands for a figure close to 700,000 euros a year, as it transpired. The future star signed until June 30, 2025with the possibility of extending his link for two more seasons when he turns 18.

But Bounida was also in the plans of other powerful Europeans: Manchester City and Paris Saint-Germain they had probed the juvenile who already has more than 400,000 followers on Instagram and a contract with one of the biggest sports brands. 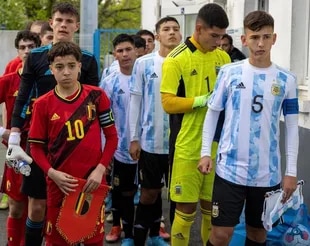 The young crack too he plays for his country’s national teamwhere he has 4 goals in 11 games. He has the number “10” on his jersey and is the team captain. A few months ago he shared on social networks an image of the previous match against the Argentine team at the Mondial Football Montaigu 2022, which took place in France. It was a 2-1 victory for the albicleste team.

Gonzalo Jara and his return to Chilean football: “I am not coming to steal”
Alejandro Viniegra Santana, jewel of Mexican Soccer, signed with a Brazilian Serie A club
Levante 2 – Barcelona 3: summary, goals and result
FOOTBALL 2731

Loading...
Newer Post
Artur Beterbiev, and a devastating triumph to position himself as the great attraction of world boxing
Older Post
Nadal finishes fifth in the Balearic golf championship