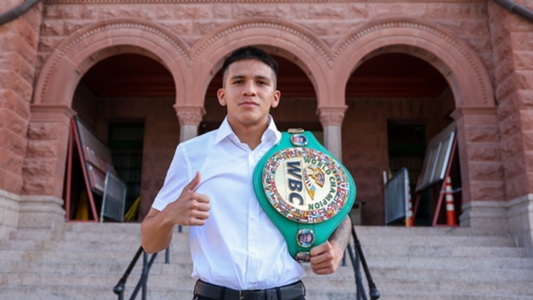 With most boxers having had at least one fight in 2022, it's time to assess who has been the best and made the biggest impact. Next, the DAZN tea

With most boxers having had at least one fight in 2022, it’s time to assess who has been the best and made the biggest impact.

Next, the DAZN team members chose the best boxer of the last semester. Do you agree with their choices?

Entering 2022 as one of America’s brightest prospects, Jesse “Bam” Rodriguez likely had no idea he would emerge as a contender for the legendary pound-for-pound list. Substituting for Srisaket Sor Rungvisai as a last-minute opponent against Carlos Cuadras, Rodríguez was flawless in dominating the Mexican to become WBC champion.

If that win signaled Rodriguez’s brilliance, his next win, against the veteran Rungvisai, showed just how ruthless the young Texan can be. In just 16 fights, the 22-year-old Rodriguez has become one of the best talents and his future is almost certain to be prosperous with many lucrative possibilities.

Don’t be surprised if Jesse “Bam” Rodriguez’s name comes up frequently during these awards. What this 22-year-old has done since the beginning of the year has been sensational.

In the space of four months, he has become one of boxing’s youngest stars, and with good reason. He was brought in as a substitute to face WBC super flyweight champion Carlos Cuadras, he dominated, clinched a world title and then stopped Srisaket Sor Rungvisai. It’s a meteoric rise that very few boxers experience.

Now set to be the main support on the Canelo Álvarez vs. Trilogy card. Gennadiy Golovkin on September 17 live on DAZN, Rodriguez is taking this huge rise in popularity with both hands and he is expected to dominate the sport for years to come.

How many people would have expected this halfway? Raise your hand whoever is one of them. An argument could be made for Katie Taylor or Dmitry Bivol, but Jesse Rodriguez is the pick here.

He moved up two weight classes on less than a week’s notice to drop and defeat former WBC 115-pound titleholder Carlos Cuadras to win the WBC vacancy in February.

Jesse Rodriguez buried his forehead in the chest of Srisaket Sor Rungvisai before landing nearly two dozen punches over the top to post a brilliant eighth-round victory and defend his WBC super flyweight championship.

June’s electrifying bout felt special, as if we were watching boxing’s youngest world champion lay the groundwork for superstardom.

For Rodriguez, it was also his second win of the year, allowing him to more than seal his boxer of the semester honors with a “BAM!”

Tlalnepantla lived an afternoon of boxing, consolidating itself as a city that promotes sport
Five Cubans today for bronze in Continental Boxing in Guayaquil
[VIDEO] Young Matehualense asks for support to go to Nacional de boxing
BOXING 3636