Who is the best striker in Argentine soccer? – The previous 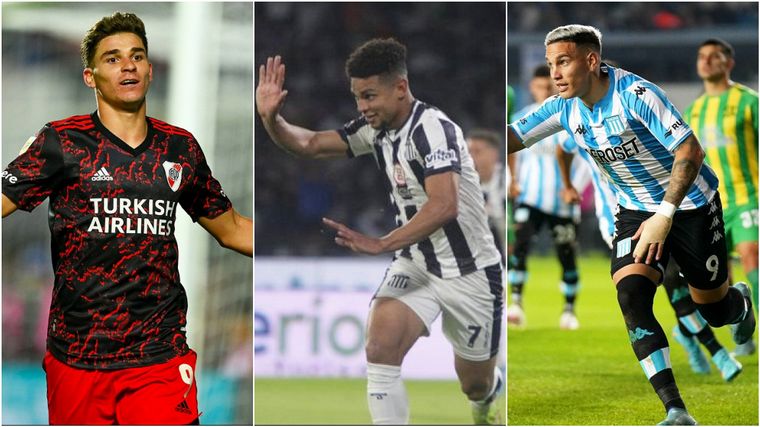 Argentine football always finds a scorer among the stones, the last one was Julián Álvarez who has already been sold to Manc

Argentine football always finds a scorer among the stones, the last one was Julián Álvarez who has already been sold to Manchester City and will leave a void that is difficult to fill immediately, especially for River.

Julián Álvarez was the top scorer in the last league that Gallardo’s team won and is playing his last games in the country. The Spider is just 22 years old and has a huge future ahead of him, including the more than concrete possibility of being in the World Cup in Qatar.

The best summary of what happens at the local level is the table of scorers from the last championship: José Sand and Marco Ruben finished behind Julián. Pepe Sand is shooting his last cartridges and Ruben has already put an end to his career.

Another very descriptive detail of Argentine football is that Matías Tissera, the fourth highest scorer in the 2021 League, no longer plays in the country because he was sold to Bulgaria for $1 million after scoring 14 goals.

But the exodus of early scorers does not end there, in the current market José Manuel López left, one of the great appearances of recent years. The man from Corrientes went from Lanús to Palmeiras for 7 million dollars.

History repeats itself: every young footballer who has a good season in Argentine football quickly begins to turn around in the markets. Diego Valoyes seems to be next on the list. The Colombian, according to Fassi, is the best striker in the country behind Julián Álvarez. 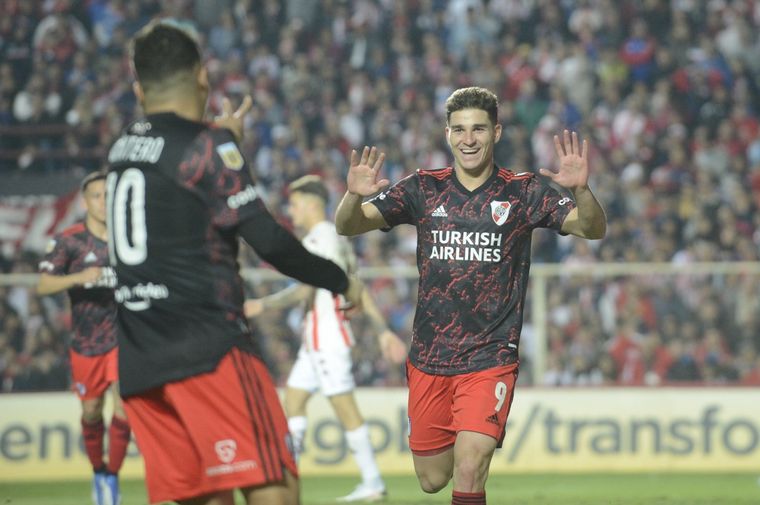 Diego Luis Valoyes had a great 2021, he scored 11 goals, gave 8 assists and was one of the most important pieces of Talleres that finished third in the championship and second in the Copa Argentina. Valoyes is worth at least 10 million dollars according to the albiazul leadership.

The Colombian Valoyes, after two lazy years in Talleres, showed his full potential in the midst of the pandemic and his name appeared as an option to reinforce none other than River and Boca, although it is most likely that his next step will be to go abroad.

Diego Valoyes is still recovering from the second injury he suffered so far this year and has not played for more than two months. Talleres suffers from the absence of the Colombian, he lost an attacking option and it shows in the numbers of a team that does not reach the average goal per game. 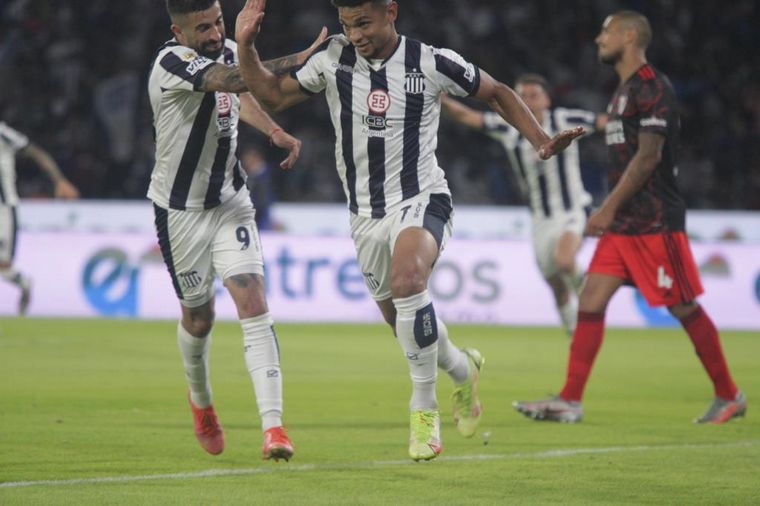 The Portuguese Caixinha has many variants among the attacking midfielders with Godoy, Esquivel, Favio Álvarez, Pizzini, but he does not have plenty of net forwards. After Santos’ injury, only Girotti and kid Romero are available.

Far from the rest, in their own galaxies, are River and Boca, which have the two best teams in the country. Gallardo enjoys Álvarez’s last games, hired Borja, recovered the injured Matías Suárez, replaced Beltrán and has Romero.

As if all this were not enough, River flirts with the possibility of adding Luis Suárez. The arrival of the Uruguayan would be a historic bombshell. There was a lot of smoke since the rumor came out, but also concrete data: Gallardo himself put words to the fans’ illusion.

On the other side, Boca also has the attacking positions well covered: Villa, Benedetto and Zeballos are the starting trio with Vázquez, Orsini and Langoni as alternatives. It is also true that after Salvio’s departure he had a loose leg. 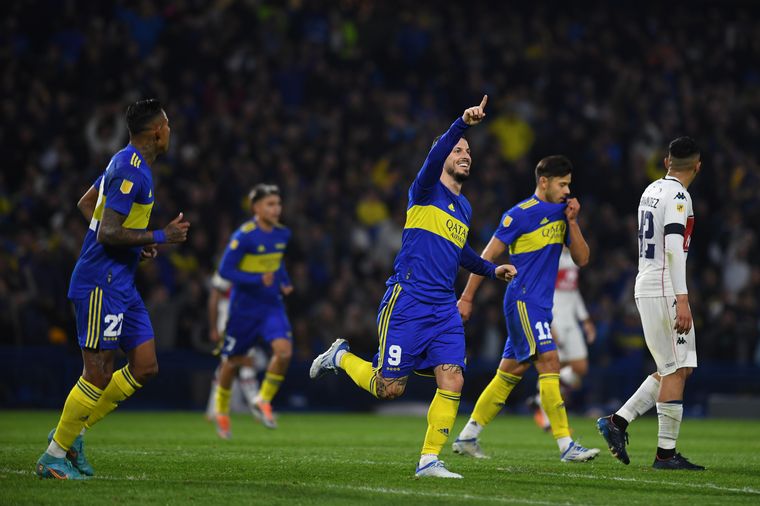 Depending on the scheme you choose, Bataglia has offensive variants. He has two traditional nines like Benedetto and Vázquez, plus a winger with speed, goals and assists like Villa, who is one of the most decisive players in domestic soccer.

Gago’s Racing is a team that revolves around attacking midfielders like Vecchio, Miranda, Moreno and Chancalay, they all reach the area and have a goal, but the reference of the attack is Enzo Copetti, one of the best strikers in the country.

The illusions of Independiente are tied with wire, everything costs double to Rojo, but he found in Leandro Benegas a striker with experience, experience and goals. The man from Mendoza scored 3 of the team’s 6 goals in the tournament and opens a door of hope for the fans. 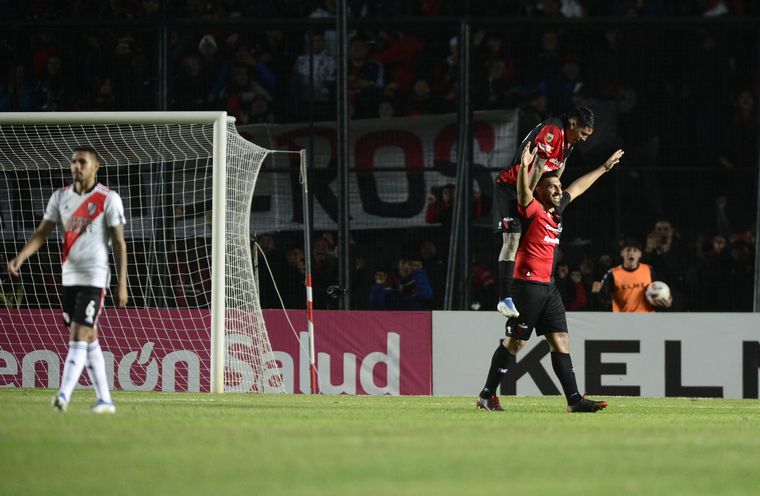 One of the best forwards in Argentine soccer is Ramón Darío Ábila, even with his injuries, his repeated offsides and his ups and downs, Wanchope would be a starter in any of the 28 teams in the championship.

Colón does not have too many cards, he has three very clear offensive options: WanchopeÁbila plus Farías and circumstantially El Pulga Rodríguez. Falcioni does not usually put them together from the start, but any of the combinations between them is a threat for the rivals.

Another that has just enough, but it is enough is Students. With the return of Boselli he gained hierarchy and goals, kept Loco Díaz, added Pellegrino as an alternative and incorporated Benjamín Rollheiser, a player from whom Zielinski can get a lot of profit.

The one who walks with what he is wearing is San Lorenzo. Immersed in a political, institutional and economic crisis, the Cyclone is going through a sporting moment in which it has no choice but to light candles for Bareiro, Blandi, the kid Leguizamón and Perrito Barrios.

Tags: Tissera, Argentinian Soccer, Julian Alvarez
Ukraine Women’s Football Club Adjusts To Life In Germany
Leandro Paredes explained why he does not want to return to Argentine football: “I would like to return to Boca, but for now it is not the idea, the country is not safe”
This is how Mestalla would be if they ever stopped playing football
FOOTBALL 3088