Who is Yuriorkis Gamboa, the Cuban who will face Isaac Cruz? 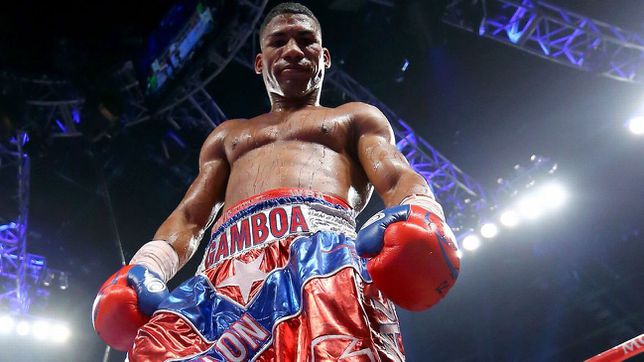 Isaac 'Pitbull' Cruz left a pleasant taste in his last fight against Gervonta Davis. The American took the fight by unanimous decision, but the fi

Isaac ‘Pitbull’ Cruz left a pleasant taste in his last fight against Gervonta Davis. The American took the fight by unanimous decision, but the fight that the Mexican gave makes many excited about the future of the 23-year-old, and that many are already beginning to believe he could be a star in the future for boxing. Mexican.

Now, Cruz will co-star in the fight between Errol Spence and Yordenis Ugas, which will take place next Saturday, April 16, from AT&T Stadium, in the city of Dallas. Opposite, the “Pitbull” will have the Cuban Yuriorkis Gamboa, who is 40 years old and has just lost his most recent fight against the Americans Devin Haney and Gervonta Davis.

YOU MAY ALSO BE INTERESTED: Mayweather apologized for his level against Logan Paul

Who is Yuriorkis Gamboa?

Perhaps Gamboa’s best moments have been left behind, however, he is still a very dangerous fighter who could make things difficult for Isaac Cruz. He lost a unanimous decision to Devin Hanney, before losing via TKO to Davis. Despite this, he has been four times world champion in three different divisions: 126 pounds in the WBA and IBF, 130 pounds in the WBA and 135 pounds in the WBA.

However, one of his greatest achievements came at the 2004 Athens Olympics. He hung up the gold medal after defeating Frenchman Jérôme Thomas. Despite this, he himself acknowledged that he sold his medal in order to support his family.

Gamboa made his professional boxing debut on April 27, 2007, in Hamburg, Germany against Alexander Manvelyan. Gamboa put Manvelyan down in the third round, though in the end he took the unanimous decision victory.

Keith Thurman defeats Mario Barrios in his return to boxing
The boxing regional kicks off in BCS
De La Hoya: “I respect Canelo for seeking to make history”
BOXING 3220