Who runs the MotoGP riders’ motorhome? 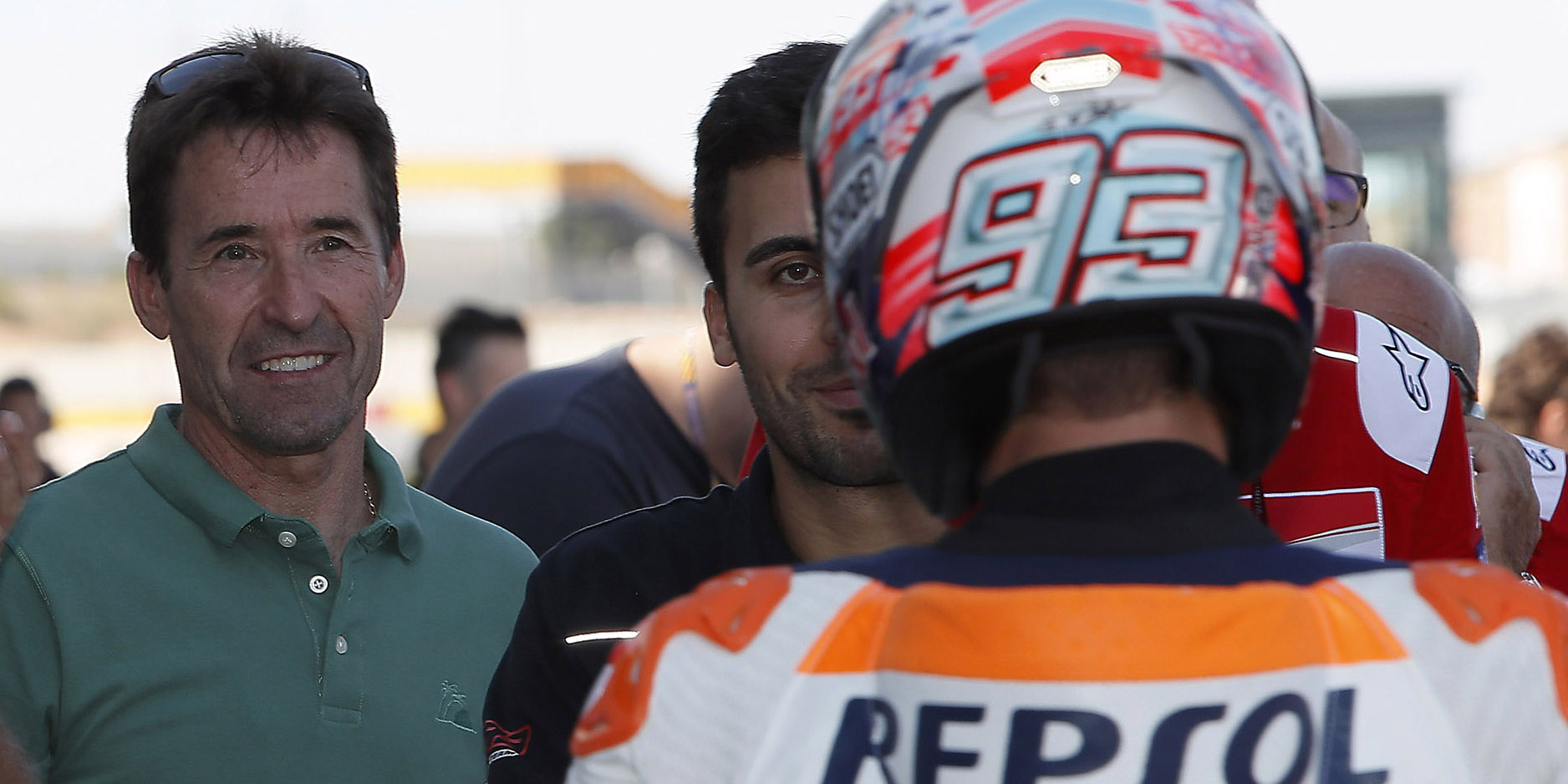 Behind the scenes of a Grand Prix MotoGP There are always stories of anonymous people who are essential for the optimal development of each career. The riders are the center of everything, obviously, but for everything to work, they have to feel comfortable and at ease, not only on their bike, but also when they get off it.

The motor home, the caravan where the drivers rest between sessions, where they rest, relax and isolate themselves from everything, is an important piece to enjoy a perfect Grand Prix. In the historical past of this sport, it was the drivers themselves who traveled from one race to another driving their own caravans. The British were in the majority in the sport and when spring came and the Grand Prix season started in Europe, they used to roam the continent together, from race to race, like a circus troupe. Hence the name by which the World Cup was known: Continental Circus.

Much has changed in history since then. Fortunately for the pilots, their commuting They are more comfortable and faster. Moto2 and Moto3 riders must sleep in hotels outside the circuit or rent one of the GP Rooms, but MotoGP riders still need their motorhome, so someone has to take care of them. The space restrictions within the paddocks of the circuits have meant that there are not so many existing motorhomes, but there are still a few, including those belonging to the Repsol riders, Marc Márquez and Pol Espargaró.

What is your job like, what is your day-to-day like at the races and between the races? To get to know him better, we talked to Juliá Márquez, who, in addition to being the father of Marc and Àlex Márquez, looks after the motorhome they both share, as well as Joan Ferrando, who looks after Pol Espargaró’s.

It must be recognized that it is a sacrificial job, which often requires long journeys outside the home: “The life of a motorhome driver is normally two to three weeks a month away from home, which involves setting up, traveling, cleaning and maintaining the motorhome”Julia explains. “My life as a motorhome driver is exciting –Joan tells us–. It may sound pretentious, but I feel lucky. Motorcycles have always been my passion, and when your passion becomes your job, well, you can imagine: it’s a dream come true. As for work, today these trucks are very new, automatic, easy to drive, very comfortable, and assembly once you have it in hand is not complicated. You have to be careful because it has many hydraulic elements and with a mistake you can cause a small disaster”.

The work is not reduced to driving and traveling to the circuit in question. You have to travel in advance to anticipate any setback and ensure your presence on the circuit according to the planned plan, because the logistics of each race is like a well-synchronized choreography. “We usually leave on Sunday or Monday first thing in the morning, at 6 or 7. We travel to the circuit and spend the night there. On Tuesday we wash the truck, and after lunch you wait for your order to enter the circuit to set up the motorhome”Julia tells us. “Between races we go to the next circuit to leave the truck parked there and catch a plane back home. And the following week we flew to the circuit on Monday to be able to be there on Tuesday and enter. If the races are back-to-back, we travel straight to the next circuit and don’t go home.”. It’s a cost issue, explains Joan: “This way we avoid moving the vehicle so much, because it is more expensive in time, money and in everything. It is more efficient for us drivers to travel by plane.” 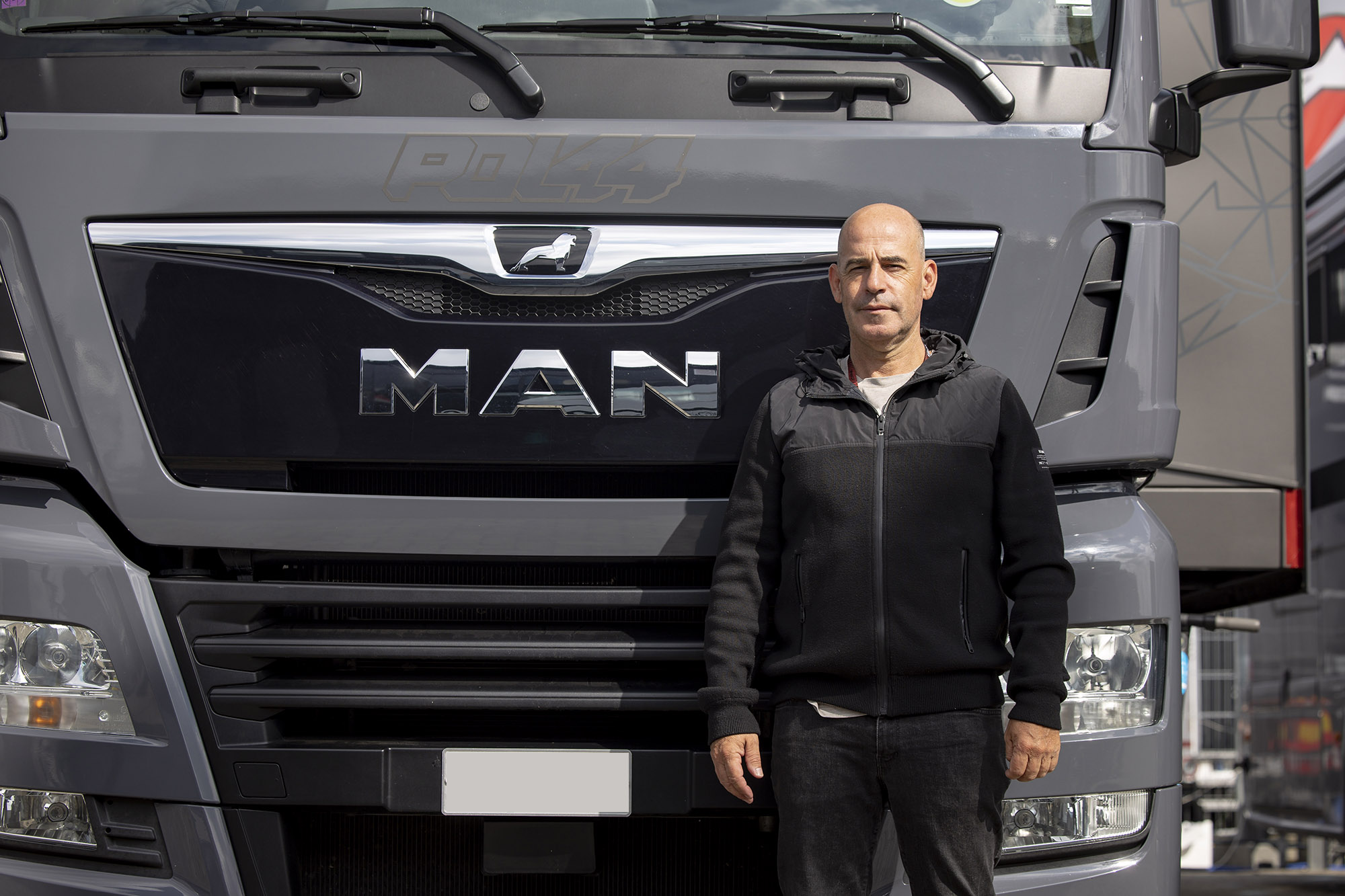 The days before or after a race, it is not uncommon to come across them on the road: “We usually drive during the day –although at night there is less traffic–, because sleep is the worst enemy of any driver. We prefer to leave a day before and go with plenty of time, and also that way you don’t break the biological rhythm of the body “Joan tells us. “Between the races you usually go home, but there are also races in a row that overlap, but you can spend 18 days away from home. This is perhaps what gets a little bad at first, especially when you have small children”. Juliá, in this case, has it easier because he drives his children’s motorhome.

Comply with the logistics plan of the organization

It is important at all times that the motor home comply with the logistics plan set by the organization of the championship, which is in charge of organizing all the spaces in the paddock, planning the entries and deciding the locations that each motorhome should occupy: “We have entrance to the circuits on Tuesday afternoon. The organization gives us the order of entry and the place to park”, Joan tells.

In this sense, Brexit has become quite a challenge for them: “The trip to Silverstone is somewhat more complicated. We traveled to Calais to cross the Channel Tunnel by train. Other companions cross the Canal by boat. Then you go through customs. I don’t know if much will have changed with Brexit, because this is the first time we are going to travel”Julia acknowledges.

Joan, however, has suffered the consequences of the United Kingdom leaving the European Union: “The British GP is not usually liked and now with Brexit it is more complicated. You have to identify with a document what type of vehicle it is. Hours are spent at the border..

In the Spanish races the dynamic is the same, but the deadlines change given their proximity: “In the races in Spain the work does not change much. Maybe there are more known people, relatives, friends of the pilot, there is more movement of people, but it’s always the same “Joan admits. “After the race we leave the truck at home and leave the day before to go to the European circuit that touches us”Julia says.

Now that the World Championship is going through a long period of inactivity, it is vacation time for everyone, including the drivers, who leave everything ready in advance for the next round of the championship. “Before the holiday season, we go directly to the circuit that will correspond to us after the holidays, we look for a guarded parking lot, we leave the motorhome there, and we return home by plane. And after the holidays we return there to recover the motorhome, wash it and enter the circuit”Julia tells us.

After so much traveling from one side of Europe to the other, what you most want is to rest at home. “On vacation I stay at home, enjoying the family, with my parents, who are older, and you enjoy the family, your hobbies… Well, what it is to be on vacation, do what one likes the most”Joan says.

life on the circuit

And how is the life of the driver on the circuit and his relationship with the pilot? “I take care of Marc and Álex’s motorhome, and since I am their father I have the same treatment that I can have at home, since when I deal with them it is in the motorhome, which is a home and it is as if we were at home. As for boxing, it’s his job and I have no relationship there. I don’t mess with his stuff.”

To eat, they have the collaboration of those responsible for the team’s hospitality, who take care of serving them, although they also ensure that there is some food in the motorhome: “The motorhome food is simple, a little non-perishable food, and the rest of the food comes from the hospitality, although once in a while there has been a small celebration”indicates Juliá, in a relaxed tone.

“Normally the meals are in the hospitality -says Joan-, which eats very well, although the motorhome is like a home, there is a kitchen, a fridge, you could cook perfectly. And if we need something special, the chefs have no problem preparing it at the moment”.

One of the most complicated moments that have happened as motorhome drivers has been the harsh period of the pandemic, especially 2020: “The Covid has conditioned travel a lot -Juliá highlights-. When we stopped to eat, it was all based on ‘tupper’, precooked food, eating outside the service areas, or eating inside the truck… It was very different from normal life “. 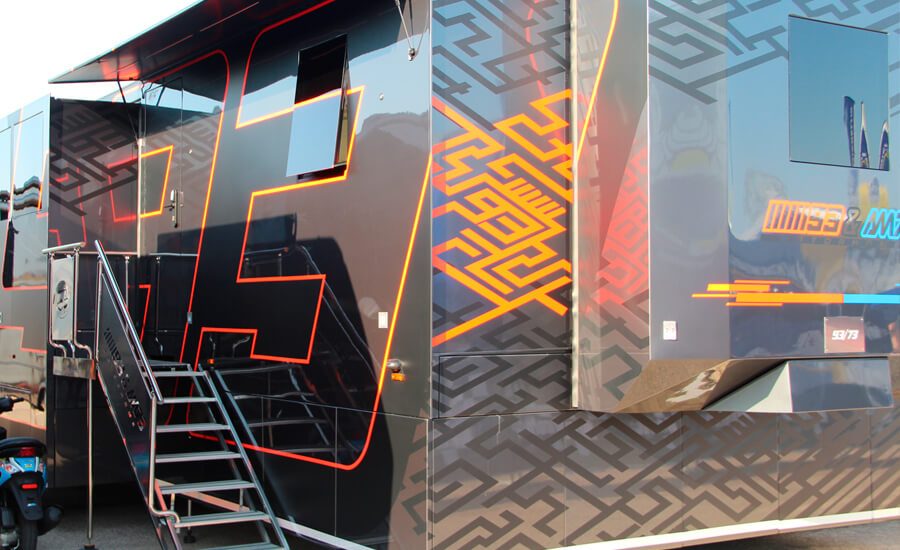 Joan points out an added difficulty in the face of the continuous uncertainty of the tests, the possible contagions, and the consequences that this could have on her work: “Covid has been complicated. If we had to enter a country, a few hours before you did a PCR and always with a heavy heart in case you tested positive: who would take charge of the truck, who would take care of the assembly? Because of course, these trucks are prototypes, made to measure. We are four pilot motorhome drivers, and in case one of us gets sick or has a problem, we always cover each other. Driving the truck can be driven by any professional, but the assembly requires certain knowledge, it has its own process and each truck is unique. Now, at least we are all vaccinated and you go with more peace of mind. Dorna has been very strict, but he has done very well, although sometimes the program took time to validate your pass and you were overwhelmed when it came time to enter. I had a bad time, because every race you were suffering until you didn’t have the negative PCR and all the OKs…”.

Fortunately, the situation is frankly better, although it is still not completely normal. However, nothing stops them. Now they will also enjoy their well-deserved rest, and in a few weeks, road and blanket, to tackle the last European Grand Prix before the World Championship heads to its journey through Asia and Oceania.

Does Rins shoot himself in the foot by signing for Honda?
Positive breathalyzer after accident of a MotoGP rider
Dovijioso “couldn’t say no” to Yamaha MotoGP bid after losing 2013
MOTOGP 703