Who was Larry O’Brien, the man after whom the NBA trophy is named 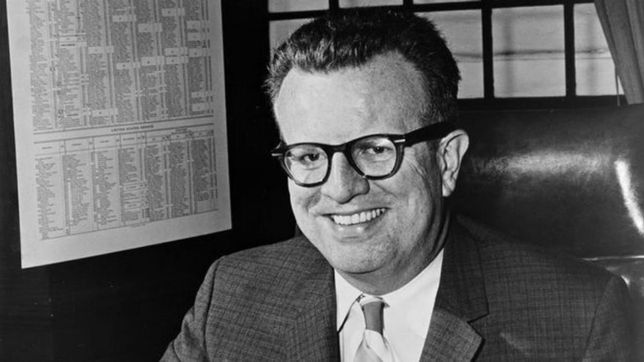 All NBA players dream of lifting the legendary Larry O'Brien trophy. The award, made of silver and covered with a layer of gold, represents a ball

All NBA players dream of lifting the legendary Larry O’Brien trophy. The award, made of silver and covered with a layer of gold, represents a ball about to enter the basket. Getting the title of champion of the most prestigious basketball competition is the goal of each franchise. Why is this award so named?

Larry O’Brien, key in the expansion of the NBA

Lawrence Francis O’Brien Jr. gives his name to the famous NBA trophy. The American politician was born in Springfield, Massachusetts, in 1917. From a young age he devoted himself to politics, forming part of the Democratic Party, and was director general of the United States Postal Service and a member of President Lyndon Johnson’s cabinet between 1960 and 1968.

In 1975 he was appointed third commissioner of the NBA, replacing J. Walter Kennedy and remained in office until 1984. O’Brien was one of the protagonists in the growth of the league and in his mandate he achieved the expansion from 18 to 23 teams. thanks to his role as coordinator of the NBA-ABA merger.

O’Brien was in charge of negotiating a multi-million dollar deal with CBS. Audiences increased and attendance at the stadiums to enjoy the matches grew. The popularity of the NBA increased thanks to the actions carried out by the commissioner and, later, his successor David Stern brought the competition to the top.

The NBA created a new trophy for the 1977 Finals. The winning team would receive a permanent award and not a trophy that changed each year from champion to champion. This decision was made by O’Brien’s team, who ceased to be commissioned in 1984, the year in which the award was renamed the Larry O’Brien Trophy. The American passed away on September 28, 1990 and this trophy is a tribute to the work he did for the NBA.