Why can the Arizona Cardinals win the NFC West? 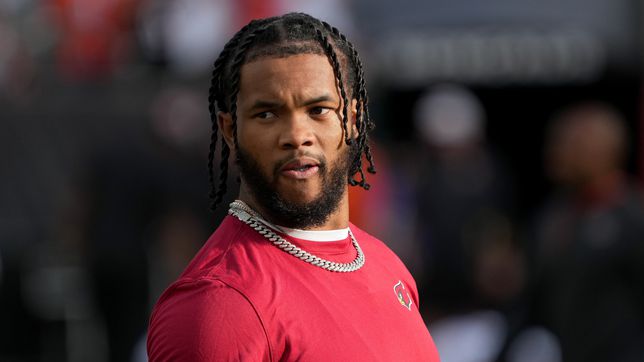 The Arizona Cardinals generated high expectations during the 2021 NFL season, but were eliminated in the Wild Card Round by the Los Angeles Rams.

Why can the Arizona Cardinals win the NFC West?

The Arizona Cardinals generated high expectations during the 2021 NFL season, but were eliminated in the Wild Card Round by the Los Angeles Rams. Now, things look different and they can compete for the NFC West crown.

Prior to training camp, Arizona team management trusted quarterback Kyler Murray’s health and ability (3,787 yards, 24 TDs and 10 INTs) by awarding him a five-year, $230 million contract extension, which in that moment placed him as the second highest paid QB in the NFL behind Aaron Rodgers.

With the arrival of Rashaad Coward and Will Hernandez in free agency, the interior of the offensive line will better protect Murray, who was sacked 31 times in 2021, and help open up holes for the team’s running backs.

Since Kliff Kingsbury became the Cardinals’ head coach in 2019, he has been the playcaller on offense and in 2022 things will be the same. Running back James Conner (752 rushing yards, 375 receiving yards) will be the linchpin of the rushing attack after Chase Edmonds’ departure to Miami and will look to emulate his performance from last year in which he generated 18 touchdowns from the line of scrimmage. .

One of the weak points of the Cardinals was the running defense during the second part of the season since the minimum number of yards allowed was 103 and the pressure on opposing quarterbacks. That is why they recruited defensive ends Cameron Thomas and Myjai Sanders in the third round of the last Draft and added linebacker Nick Vigil in free agency.

One of the most difficult points is the schedule for the Cards, as they have the second most difficult of the season because the accumulated record of their rivals was 157-132 last year. However, midway through the season the Cardinals will enjoy a four-week stay at home as they face the 49ers, Chargers and Patriots between weeks 11 and 14, with their bye week included.