Why can the Tampa Bay Buccaneers be NFL champions? 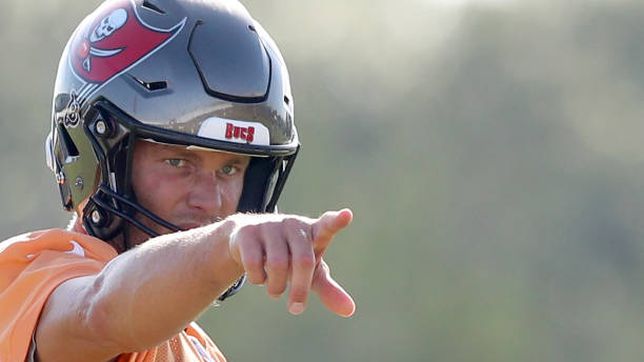 The mere fact of having Tom Brady lining up behind center makes the Tampa Bay Buccaneers a legitimate contender for the next Super Bowl. For more

Why can the Tampa Bay Buccaneers be NFL champions?

The mere fact of having Tom Brady lining up behind center makes the Tampa Bay Buccaneers a legitimate contender for the next Super Bowl. For more than 20 seasons, TB12 has masterfully pulled the strings of an offense like almost no other quarterback in history.

Not for nothing, the chances of the franchise to reach the big Sunday of the calendar increased considerably in the bookmakers, when the winner of seven championship rings announced his return to the NFL after a short retirement.

In this “return” to the league, Brady will be guided by Todd Bowles who took over as head coach after Bruce Arians decided his days on the field were over to move up to a white-collar job.

Tampa Bay needs to play high-level football from both sides of the ball to help its defense sustain high-caliber offenses like the Rams, Packers, Chiefs or Bengals.

Bowles knows full well that the offense is in good hands, in the hands of a man who boasts seven Super Bowl rings to be specific.

At 45 years old, age is still not an inconvenience for Brady who still keeps the fire of the competition.

However, passing the ball as much as the Bucs did last year carries many risks, which is why offensive coordinator Byron Leftwich is planning a package of plays with a greater running load for this season with TB12. Brady led the NFL in pass attempts with 719, and those are numbers he’d like to reduce.

To reduce the passing game, the Buccaneers rehired workhorse Leonard Fournette and veteran Giovani Bernard. Rookie running back Rachaad White could be used as a smaller, slippery receiver.

In the corners, Brady will continue to have Mike Evans and his eight consecutive 1,000-yard receiving seasons accompanied by Julio Jones and Russell Cage, a carousel that includes fireworks.

The biggest absence for Brady will be his Sancho Panza, Rob Gronkowsky, who has decided to retire. The team replaced him with Kyle Rudolph.

The Buccaneers will need to adjust their deep defense that allowed the most completions last year (445), but largely because opposing offenses decided to abandon running plays because Tampa Bay is the best department against the run for three seasons. .

The Bucs have continuity in the secondary, led by cornerback Carlton Davis III.

The keys to Bowles’ defense are linebackers Devin White and Lavonte David.

With Tom Brady taking the balls under center, the Bucs have won a Super Bowl.

In Brady’s likely last rodeo with Tampa Bay, his title aspirations are as high as the numbers of the greatest quarterback in NFL history.