Why do Mike Tyson and Floyd Mayweather Jr hate each other? 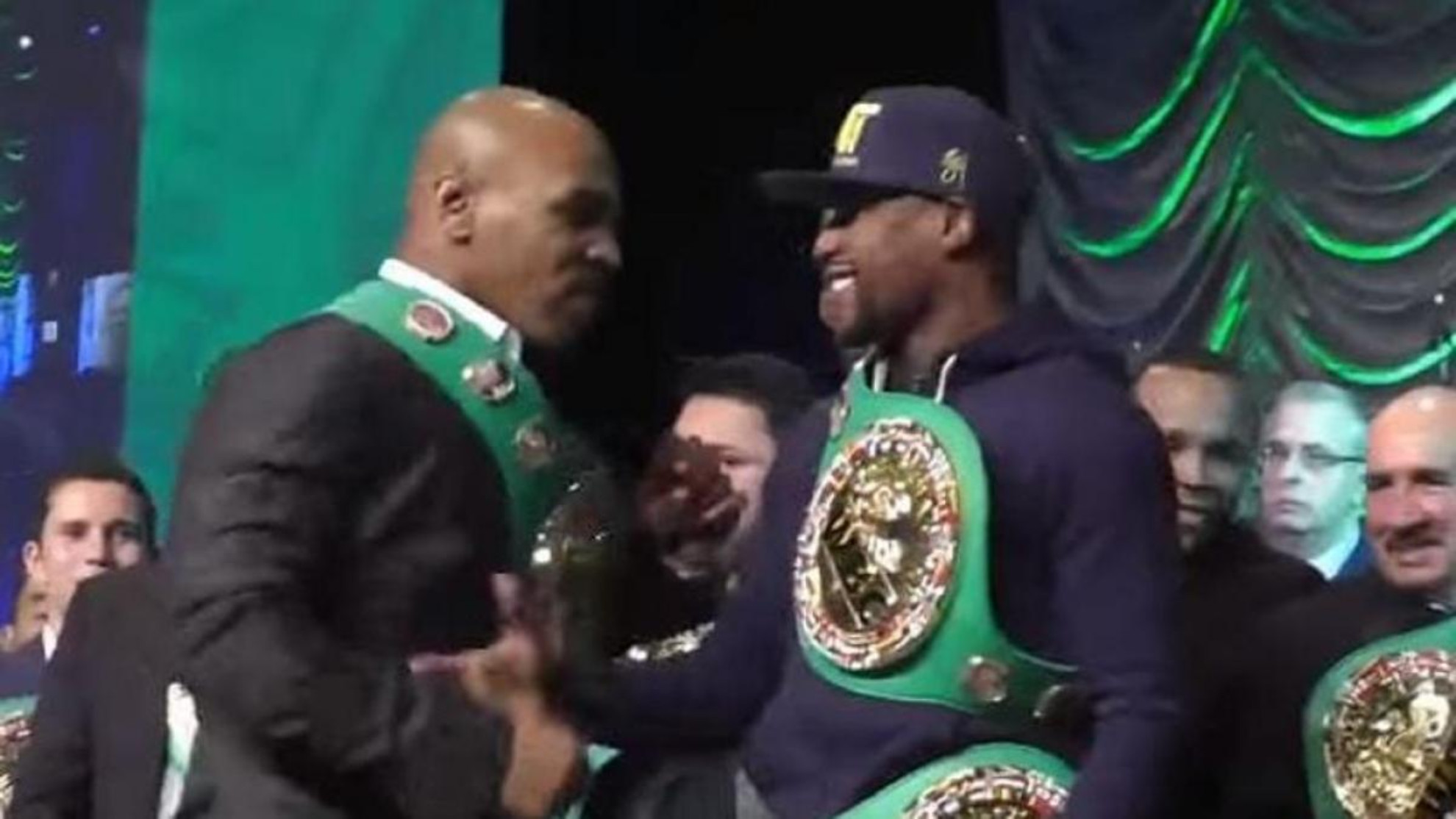 The reason Mayweather and Tyson hate each other TwitterHtalk about Mikey Tyson and Floyd Mayweather Jr. It is touching on the subject of two histor

The reason Mayweather and Tyson hate each other
Twitter

Htalk about Mikey Tyson and Floyd Mayweather Jr. It is touching on the subject of two historical figures in the world of boxing. In addition to characters that have been controversial inside and outside the ring.

The quality of both fighters is not questionableboth left a great legacy in this world and until now what they did is still talked about.

On several occasions they both post things about each other, discrediting some fact or criticizing whatever they are doing.

Recently, Tyson did not want to comment controversially when asked about the number of belts and titles Mayweather has in boxing.

“In boxing there are never enough belts because in each fight you fight as if it were a championship, it is more money for the fighter. There are not enough belts. To be clear, there is one champion and there are 10 other guys, How long will it take for that champion to fight those 10?“He declared in an interview for Essentially Sports.

In addition to the above, another reason why the relationship is not good was because of a situation that occurred in Las Vegas.

Supposedly Mayweather had the police come to Tyson’s mansion and pave it, this did not sit well with the veteran fighter.

That would have been in response when, allegedly, Tyson was the one who accused Mayweather for sexually abusing and assaulting a woman. Thing could not be verified before the American justice.

“Money” claims to be the best fighter in boxing history, above Muhammad Ali. The stat that he never lost in his career backs it up, but not for Tyson. He does not share opinion and only says that Mayweather “delirious” with that.