Why doesn’t Maradona have a Ballon d’Or? 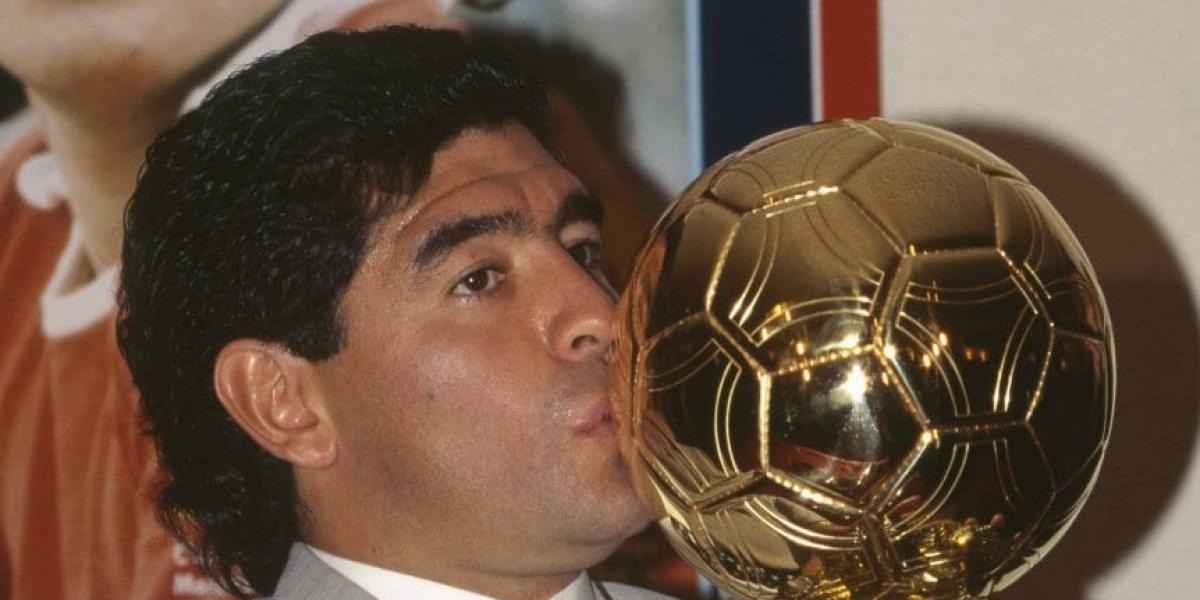 Diego Armando Maradona He competed for 22 years between 1976 and 1998, especially marveling at 12 of them between his last two seasons at Argentinos Júniors (1979 and 1980), his campaign at Boca (1981), his time at Barça (1982-84) and, especially, his stay at Naples (1984-91). In this last stage he conquered the 1986 World Cup in Mexico with Argentina with absolute prominence and was runner-up in the 1990 Italy World Cup. However, he does not have any Golden Ball in his track record, at least awarded for his merits in his prime. In fact, in 1995 France Football gave him an ‘Honorary Golden Ball for his career’ to make up for it. What happened? Simply, the regulation of the award in its golden decade of the 80s did not allow it.

France Football created the award in 1956 to recognize the best European player of the year who had participated internationally. PeleThe sensation of world football between 1957 and 1977, especially in the 1960s, was the first major victim as a Brazilian. AND Maradona, as an Argentine, he took over the sad relief. He did win one that FIFA gave him for his extraordinary 1986 World Cup, but that was not France Football.

Curiously, Maradona could not enjoy those two Ballon d’Ors too much. The honorific was lost in the 2014 fire at the family home. Maradona in the Buenos Aires neighborhood of Villa Devoto. On the occasion of his 60th birthday and an interview with France Football, he apparently managed to get the magazine to give him a reply. And from the 1986 World Cup he disappeared in 1989 when a group of criminals related to the Camorra robbed the Bank of Naples, a place chosen by Maradona to keep some of his most precious pieces, like that World Cup Golden Ball. They say that it was melted to make gold bars.

In 1995 there was a change in the rules to allow non-European footballers to be chosen as long as they belonged to a club from that continent. The Liberian striker George Weah (Milan) was the first beneficiary of the opening that same year. Brazilians Ronaldo Nazario (1997, Barça-Inter, and 2002, Real Madrid), Rivaldo (1999, Barça), Ronaldinho (2005, Barça) and Kaka (2007, Milan) also took advantage of the new regulations to win it.

The rules were modified again in 2007 so that footballers of any nationality and from any club from around the world could be chosen for the award, although players from European clubs, such as Argentina, continued to win. Leo Messi, with six Ballons d’Or with the Barça shirt (2009, 2010, 2011, 2012, 2015 and 2019), perhaps those that his compatriot would have won Diego Armando Maradona in the 80s.

This is how the table of positions remained with Talleres as the only leader and Boca in the fight
Barcelona – Granada, live
ATHLETIC | Winner, in the Gold Eleven of the Soccer Draft awards
FOOTBALL 725