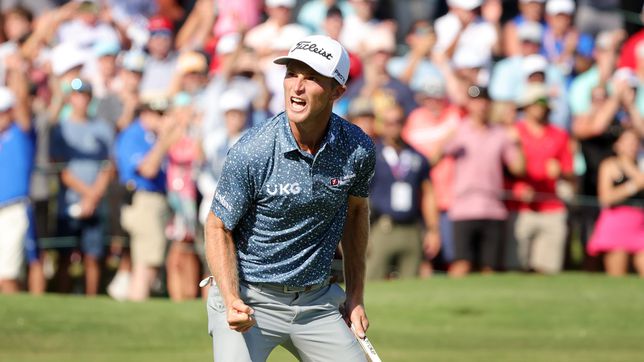 In just over a week, Will Zalatoris has gone from high to low. Just nine days ago, the American was winning the FedEx St. Jude, the first of three

In just over a week, Will Zalatoris has gone from high to low. Just nine days ago, the American was winning the FedEx St. Jude, the first of three FedExCup playoff tournaments. However, in the second event, the BMW Championship, the 26-year-old had to withdraw on Saturday when he was four shots off the lead with back problems. These problems have not been resolved in recent days, and today Zalatoris has confirmed that he will not be in the final tournament of the playoffs, the Tour Championship that takes place from this Thursday at the East Lake Golf Club in Atlanta.

The abandonment of Zalatoris comes at a disastrous moment, since he was currently third in the FedEx general classification and started among the favorites for the final victory, just three shots behind the leader, Scottie Scheffler (he will start with -10, while Zalatoris I was going to do it at -7). “His medical team determined that the origin of his back pain is two herniated discs,” the player’s agent, Allen Hobs, confirmed on Tuesday. In addition, he also announced that Zalatoris will not be in next month’s Presidents Cup, the tournament that pits the best American players against the best non-European golfers on the planet.

Due to the loss of Zalatoris, in the Tour Championship there will be 29 players instead of the initial 30, since this absence will not be replaced by anyone. The PGA Tour has confirmed that if all 29 golfers finish the next event, Zalatoris will finish 30th in the FedExCup, pocketing half a million dollars for that spot. In this sad way ends the great season of the American, in which he has finally achieved his first victory as a professional, in addition to adding two second places in majors (US Open and PGA Championship).

CaixaBank, with the best amateur golf
Thanks to the “Golf Tournament with a Cause”, SEDIF will benefit children with cochlear implants
Record of participation in the V Solidarity Golf Tournament of the Telephone of Hope | Huelva24
GOLF 1505