Win BC gold and bronze in popular national games boxing 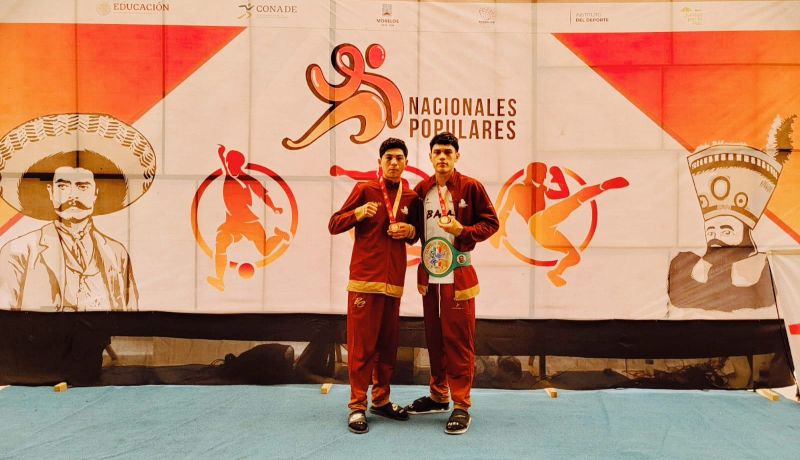 * In Oaxtepec, Morelos Arturo Figueroa is crowned in the 63 kilos and Jesús Pérez manages to get on the winners podium in the 60 kilogramsMEXICALI.

* In Oaxtepec, Morelos Arturo Figueroa is crowned in the 63 kilos and Jesús Pérez manages to get on the winners podium in the 60 kilograms

Arturo “Kachi” Figueroa made history for boxing in Baja California at the Popular National Games, by winning the gold medal and the great day for the 29th State was complemented by the bronze of Jesús Pérez.

In the multipurpose gym in Oaxtepec, Morelos, Figueroa defeated his rival from Querétaro by unanimous decision in the grand finale, dominating the fight from start to finish, and with this, he fulfilled his stated objective, which was to be the best fighter of the event in the 63 kilograms.

Before, the student of Arturo “Terco” Flores had shown great punching power by defeating by RSC (referee suspends combat) opponents from Tamaulipas and, later, one from Guanajuato in the semifinal round.

For his part, Jesús Pérez, fulfilled a decent participation by reaching the semifinal of the 60 kilos, where he fell in a closed way against an opponent from Veracruz by split decision, thus staying in third place overall and hanging the bronze medal. .

The path of the boxer from Baja California in the Popular National Games that are endorsed by CONADE, also included victories against opponents from Tlaxcala in the second round and Quintana Roo in the quarterfinals.

The Popular National Games will conclude this Saturday with the activity of martial arts.

Tags: Win BC gold and bronze in popular national games boxing
Tommy Fury: “I don’t see a fight against Jake Paul that goes beyond four rounds”
Boxing referees ask the MEC to intervene the federation
Mazatlan Tamara Cruz will always be in the World Boxing Championships in Turkey
BOXING 4921

Loading...
Newer Post
Marc Anthony concert tickets | Are there tickets left for the musical show? How and where to buy tickets?
Older Post
We are going for two more years in F1 and more victories: Fernando Alonso | That’s the way things are