Wisin and Yandel in Chile: how many concerts will they give, date and how to buy tickets 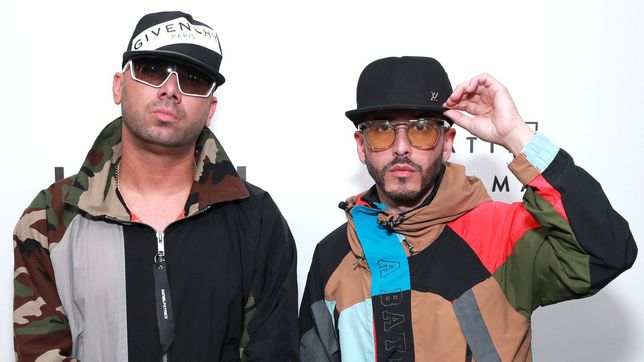 "The Last Mission World Tour". This is the name of the tour that Wisin and Yandel will do, presumably the last one together. The reaggetoneros, o

Wisin and Yandel in Chile: how many concerts will they give, date and how to buy tickets

“The Last Mission World Tour”. This is the name of the tour that Wisin and Yandel will do, presumably the last one together. The reaggetoneros, of great success in Latin America, will be singing in several cities of the continent to recall old successes and promote the latest album that will be released in the middle of this year and that will bear a name very similar to that of the tour: “La Última Mission”.

Of course, Wisin and Yandel will be in Chile. The sale of tickets for the performances of the singers of “El Telephone” or “Sexy Movimiento” has already been made available to fans, which has been a success so far.

How many concerts will they give?

Due to the high demand for tickets for the concert, the Puerto Rican duo added two more dates in Chile. In short, Wisin and Yandel will do three concerts, all at the Movistar Arena in Santiago and during the same week.

Initially Wisin and Yandel would give only one concert in Chile, which was scheduled for Friday, June 24. Due to the success in ticket sales, the Puerto Ricans added a presentation for Thursday, June 23. For this concert, tickets were quickly sold out, so a third date was opened for Tuesday, June 21. In short, WyY will sing in Chile on June 21, 23 and 24.

How to buy tickets?

Tickets can no longer be purchased for the concerts on Thursday 23 and Friday 24 June, as they quickly sold out. However, there is still time to get a ticket for the last date they scheduled, Tuesday June 21. For that, you must enter the Puntoticket website and search for the Wisin and Yandel event. Otherwise, you must enter directly on this link.

Tickets for the Music cycle at the Monestir de Sant Jeroni de Cotalba are on sale
Muse, concert in Vigo with sold-out tickets but more could go on sale
The public will return to the stadiums of the NBA. Ticket sales madness
TICKETS 177

Loading...
Newer Post
Mexicans in the Netherlands, synonymous with triumph; all the players who have passed through the Eredivisie
Older Post
He made fun of boxer and paid dearly: IBF champion went viral after fight with Twitter troll | Sports