With changes, the boxing festival in Delmi is not suspended 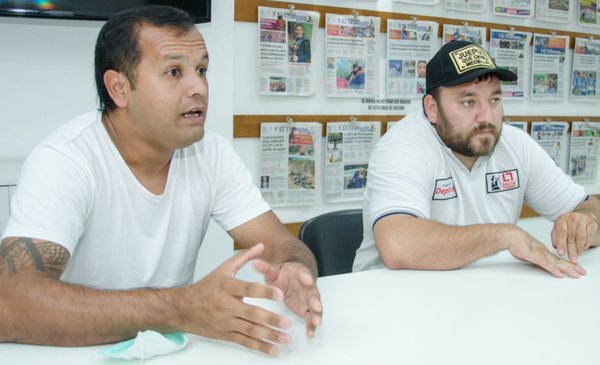 December 15, 2021 – 02:02
The organizers clarified that the fights will take place and “El Pitbull” Botelli will now face Iriarte Monserrat.

Round by round, the fight continues. Is that next Friday Salta Boxing Club will hold its boxing evening scheduled for the end of the year at the Delmi stadium and, despite the blows, it does not suspend, its organizers assured.
In this way, Darío Córdoba and José “Pilo” Yáñez, who are in charge of organizing the event together with the national promoter Enzo Romero, clarified yesterday before the different versions that Nicolás “El Pitbull” Botelli will face professionally against the Cordovan Matías Emanuel Iriarte Monserrat, after the first two opponents “fell” due to physical problems.
But the third is the charm. Although Botelli’s rival was firstly the Argentine featherweight champion Mayco Estadella (also from Córdoba), he withdrew from the contest due to injury. Then the presence of Guillermo Crocco had been confirmed to take his place.
Crocco has a record of 18 victories and a draw and belongs to the team of the promoter “Chino” Maidana. He was scheduled to arrive in Salta today, but 24 hours before he also suffered a sprain in his hands and “got out of the ring.”
But yesterday afternoon the promoter Horacio Víctor Ledesma said that the other Cordoba, Iriarte Monserrat, will participate in the evening.
Of course, in this way the fight for the South American title that was agreed with Estadella will be vacant, which will be postponed until January or February.

It should be noted that the fights will begin at 8:00 p.m. with the crosses of amateur coxeadores such as Salud Núñez and Rodrigo Crespo, at 56 kg; the Olympian Joel Salva against Jorge Sambrano, in 69 kg; the other Olympian Martín Astorga versus Mario Burgos, in 52 kg; Daiana Campaña in front of Ángela Rala, in 69 kg; Luján Rodríguez against Julieta Ceballos, in 64 kg and Nahuel Girón against Joaquín Gutiérrz, among other boxing matches.

Tags: suspend, delmi, festival
Erik “Terrible” Morales reveals: This was the cause of his son’s death
Boxing: Jake Paul, tongo or KO of the year? They accuse the youtuber of a fix before his brutal right hand to Tyron Woodley
Maracaibo will have good boxing today | Other Sports 123
BOXING 1356