With Mito and Niemann, but without the LIV Golf rebels: the details of the PGA playoffs 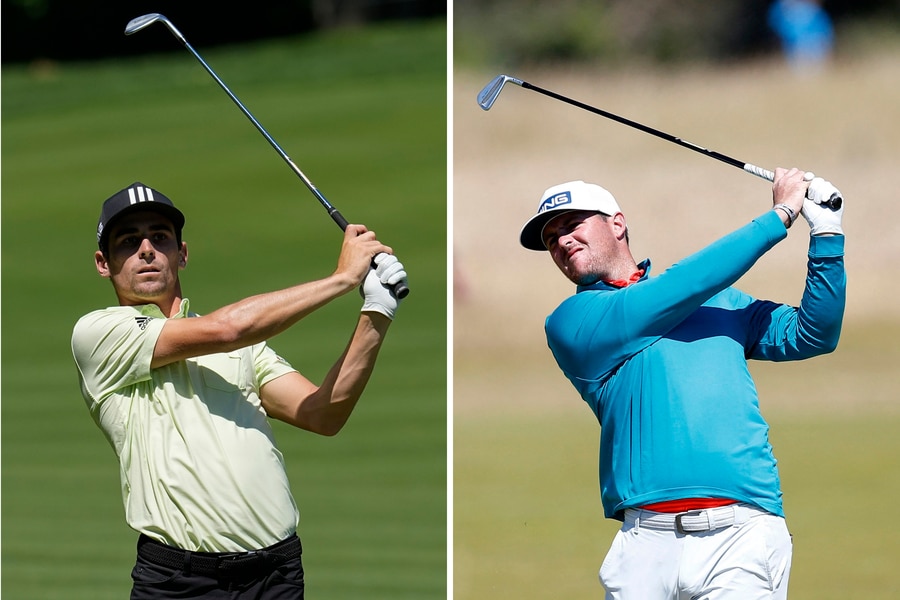 As usual, the PGA golfing year ends with the long-awaited postseason, a series of three events where the best 125 players of the season start and w

As usual, the PGA golfing year ends with the long-awaited postseason, a series of three events where the best 125 players of the season start and where only 30 finish. In that first group are Mito Pereira and Joaquín Niemann, who this Thursday they will take to the court at St Jude, the first tournament of these playoffs.

A contest that will also be in the eye of the hurricane and that is that the ghost of LIV Golf continues to circle (inevitably) over the PGA universe. After the confirmation of a lawsuit by 10 players (Carlos Ortiz finally withdrew) from the Saudi league against the US tour for “violating antitrust regulations”, it is now known that three of these players resorted to a court in California to be able to dispute these playoffs, after the Tour classified them as ineligible players, despite having the necessary points to enter the best 125 of the year.

These are Talor Gooch, Matt Jones and Hudson Swafford, who appeared before a judge claiming that missing this event would have irreparable economic damage. Something that the magistrate did not accept, nullifying the request of the rebels, who ultimately will not be in Memphis. It should be remembered that the rest of the LIV players either did not get the points to enter the event or gave up their PGA card, so they are no longer part of the PGA events.

The PGA postseason is a series of three contests, each seeking to find the winner of the FedEx Cup, the final tournament of the Tour and the one that pays 18 million dollars. The grace of these is that the tournaments are eliminatory, since 125 golfers start in the first one and only 30 arrive in the last one.

For example, after the Memphis event, the BMW Championship will be held where the group will be reduced to 70 players, always influenced by the ranking of the golfers who reach the event. That makes Niemann (20th in the FedEx ranking) and Mito (38th) already qualified for this second tournament.

The situation for the third tournament will already be different, because neither of the two Chileans have their presence guaranteed. In order to enter the TOUR Championship, Joaquín needs to make the cut, while the Pirque native will have to add good performances in the first two tournaments, in order to climb places in the FedEx classification.

A classification to the last event of the year is a prize coveted by any PGA golfer, since being among the 30 participants of the TOUR Championship ensures tremendous prizes, not only monetary, but mainly at a sporting level. Securing your presence at the tournament in Atlanta allows you to receive invitations to all four majors in 2023 and most of the events on the circuit.

Both Joaco and Mito start the playoffs as the emblems of South American golf, being the two best positioned within the group of five Latinos who managed to reach this instance. Sebastián Muñoz (Colombia), Emiliano Grillo (Argentina) and Jhonattan Vegas (Venezuela), are the names that complete the entourage.

And Niemann is the leader of the group. If one analyzes the season of the Chilean, who got a victory in the Genesis Invitational, consistency was his great weapon during this 21/22 season. He started at position 79 on the list and in February he reached seventh position in the qualifying ranking for the playoffs. From there he only moved among the top 20, managing to maintain that position in the last three months.

Mito, on the other hand, started in third place in the FedEx ranking, but dropped to 45th in April. From there he climbed back up after his fantastic PGA Championship to finally be ranked 38th on the list. Of the 28 rookies (players living their first season on the Tour) who made it to the playoffs, the national golfer is the fourth best ranked. That is why the expectations are total.

Mito will start this Thursday at 13:44 in Chile, accompanied by Keith Mitchell and Sahith Theegala, while Niemann will play his first hole at St Jude at 08:48 in the morning (national time). Next to him will be Viktor Hovland and JT Poston.