With pantry for his gold medal they receive the Cuban boxer 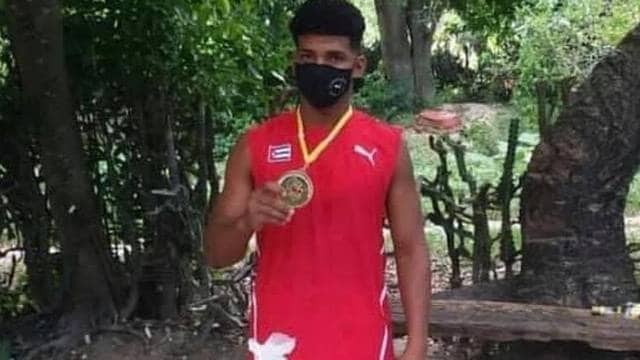 The boxer from Cuba, Ronny Álvarez, who traveled to Guadalajara for the qualifying competition for the Cali 2021 Junior Pan American Games, won the

The boxer from Cuba, Ronny Álvarez, who traveled to Guadalajara for the qualifying competition for the Cali 2021 Junior Pan American Games, won the gold medal for his performance.

But it seems that the boxer’s achievement was not more than worthy of a pantry by the Cuban Athletes Attention Commission.

Boxer wins gold medal for Cuba, as a prize they give him a pantry

The Cuban boxer posed holding his gold medal with the table that shows the pantry he was given for being able to represent Cuba in the Junior Pan American Games.

The image went viral after a Facebook user, who appears to be the Sports Combined Director of ´DeportesCuba´, proudly uploaded the gift.

After the image went viral, the publication disappeared from the Cuban’s wall.

The pantry given to the boxer contained at least 12 items, among which can be seen:

Ronny Álvarez turned out to be the gold medalist among the 120 participants from 22 Latin American countries who met in Guadalajara to dispute the classification.

With the first place that the boxer obtained, he not only achieved recognition for Cuba, but will now compete in the 2021 Cali Junior Pan American Games.

The importance of this competition lies in the fact that the victors of the Pan American Games will be the ones who qualify for the Paris Olympic Games.

The Cali 2021 Junior Pan American Games, where the awarded boxer will compete, will take place from September 9 to 19.

Boxer from Hidalgo will travel to Spain, with the Mexican team
Andy Ruiz: From a $325,000 Rolls-Royce to this…
The Ortigosa boxing and self-defense course brings together 20 women
BOXING 2639

Loading...
Newer Post
Formula 1 – Bahrain GP: Esteban Ocon, from beating Fernando Alonso to not knowing which way the wind is blowing
Older Post
The strong phrase with which Max Verstappen defended himself in Formula 1