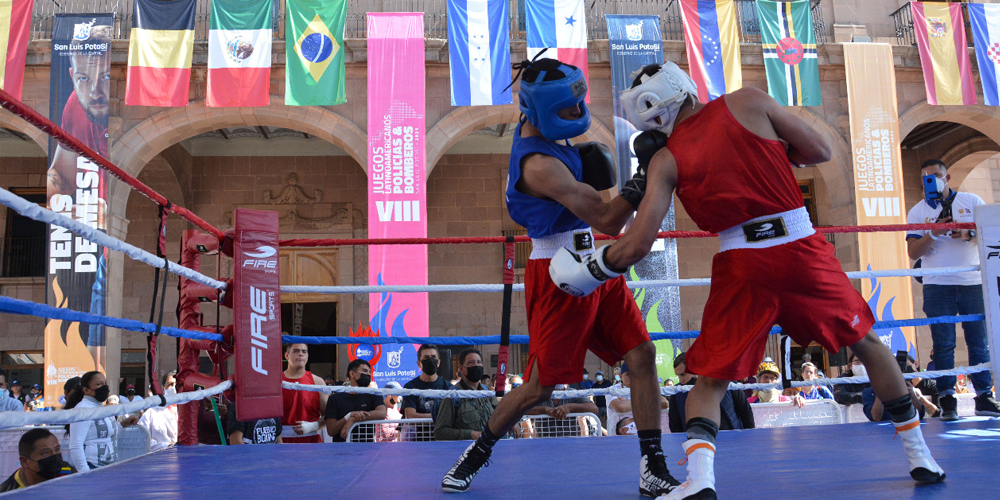 In the midst of a great uproar, this Thursday at noon the four final fights and two more of exhibition were held, of the boxing championship of the VIII Latin American Games of Police and Firefighters 2021.

The ring that was set up in the Plaza de Armas was once again surrounded by dozens of fans who watched each of the scheduled battles.

The fourth session started with the exhibition fight between Leonardo Chávez and Raúl Morales, who put on a good show and the verdict marked the technical tie.

The second contest, also for exhibition, put Jorge “Finito” Efrén and Erick Morales face to face, who also toasted on the string, taking the applause of the respectable after the technical tie.

The second final, in the 80 kilogram category, had Gerardo Protasio from the SSPE of San Luis Potosí, who was measured against Javez García Loza from the Secretary of Citizen Security of Mexico City. Javez fought until the end and managed to take the victory by split decision.

The penultimate contest, agreed to at 86 kilograms, put Calixto Mariscal of the San Luis Potosí Road Police and Víctor Domingo of the Mexico City Banking Police face to face. Domingo took the victory in a resounding way by RSC.

Finally, the fourth final of the day, agreed in the more than 92 kilograms, was between José Humberto López of the SSPE of San Luis Potosí and Fabián Colín Díaz, with victory for the potosino by RSC.

The award was attended by the former world champion, Irma “La Torbellino” García, as well as Miguel Godínez from the Secretariat of Citizen Security of Mexico City, Luis Fernando Alonso Molina, Director of Municipal Sports and Juan Mohamed, sports promoter and promoter. All of them gave deserved recognitions to the winners and medalists of the event.

We will continue to inform.