“With the boxers it has been petty in the country” 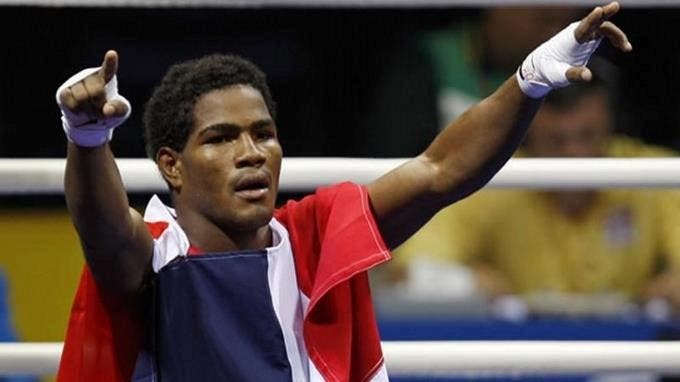 “With the boxers it has been petty in the country”

In the field of sports, and even among those who do not have a close relationship with this line, the belief prevails that young people who are inclined to practice boxing they come from the most “humble” of the society.

This situation, however, has not been a “obstacle” so that in Dominican Republicsome of its most outstanding athletes are “boxers”.

An example of this is represented felix diazgold medal winner in the 2008 Beijing Olympicswhere he was the only boxer in America to climb to the top of the podium.

Félix Díaz with the Dominican flag after a victory in one of his fights. File, Archive.

felix diaz He is also the only athlete born in Dominican Republic with a gold metal on Olympic Games.

He is just one of two athletes who has played the Dominican anthem in the most important multidisciplinary sporting event on the planet.

The other is the sprinter Felix Sanchezwho won gold in Athens 2004 and London 2012. He was born in Manhattan, New York, USA.

Although he is considered among the most successful athletes in Dominican Republicno facility in the country has been designated with his name and recognitions have been scarce, unlike what happened with other competitors.

When asked about the little support he has received, Díaz’s response was quick and precise. “The only explanation is that I am a boxer and boxers are marginalized because of where we come from.”
felix diaz He was born in the La Javilla neighborhood of Sabana Perdida.

Simplicity is one of the qualities that adorn Felix Diaz. He has never been seen making disproportionate requests and he built his status as a “star”.

14 years of his Olympic gold

On August 23 of this year, it was the 14th anniversary of the memorable occasion in which Félix Díaz played the Dominican anthem in the Olympic Games, feat that only happened for the second time in history.

He received as recognition a government incentive of seven million pesos and a promotion in the Dominican Air Force, an institution to which he belongs.

The businessman Ricardo Jacobo gave him an apartment. “That’s where it all ended and I appreciate it,” he said.

Tags: Dominican Republic, new, news
Neither football, nor goal, nor anything in Athletic’s game against Getafe
Enthusiasm for the XVII Adoexpo Golf Cup 2022
The best academies of state football meet in Azpeitia
BOXING 4167