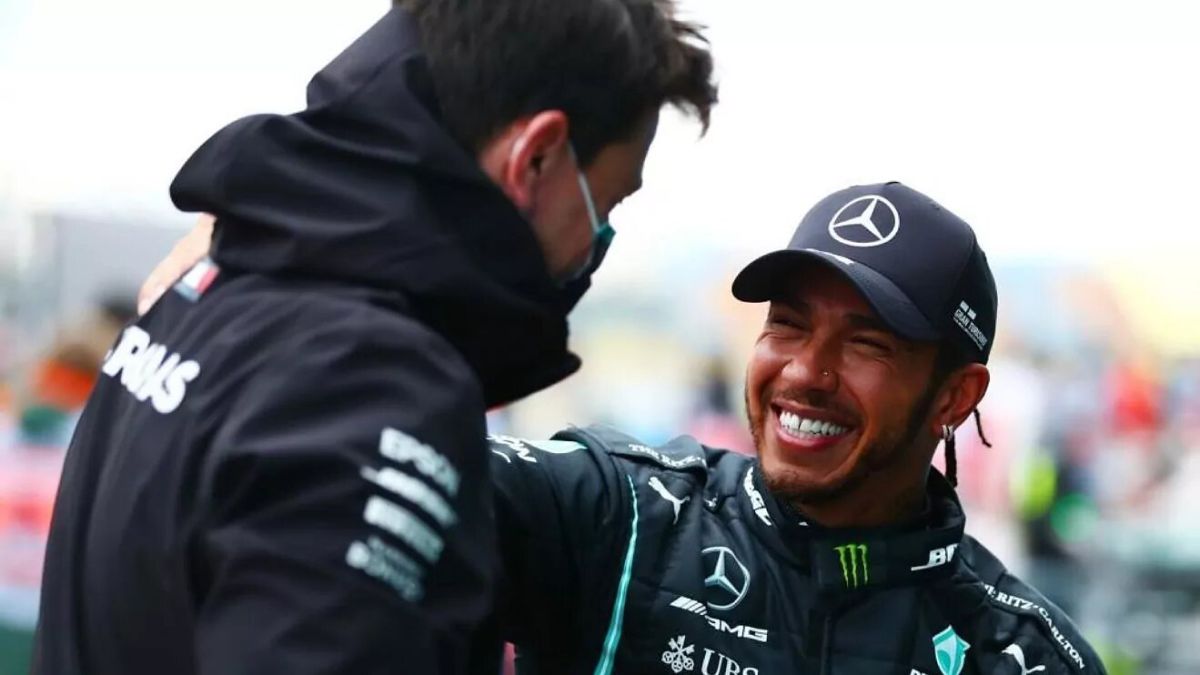 The FIA ​​continues to collect information on what happened in Abu Dhabi and Lewis Hamilton continues to be silent. The last race of the year will

The FIA ​​continues to collect information on what happened in Abu Dhabi and Lewis Hamilton continues to be silent. The last race of the year will not be studied until January 19 and, while the Briton is still missing, rumors of his retirement remain present in the world of Formula 1. However, who has broken his silence in Regarding the continuity of the seven-time champion, it is Mercedes, specifically its team leader, Toto Wolff, who has been a little more optimistic about the future of his driver. With more hope in a new season together. Quite a radical change to what he transmitted in December, when he sowed doubt and dropped the possibility of a withdrawal by Hamilton.

The “pain and anguish” caused in Abu Dhabi will remain present for life for Lewis Hamilton, however, Wolff and Mercedes maintain the idea of ​​seeing him with the new single-seater that the German brand is preparing for a very promising 2022. The change in regulations in Formula 1 may be the great incentive for its continuity, but the decision is yet to be made. Both parties are already awaiting the changes that the FIA ​​may announce, although the resolution will not arrive until March 18, with the arrival of the first race in Bahrain.

The wait will be long and, while two more months pass, there is much work to be done. It seems that the organization will force Hamilton to make a decision before knowing the changes that they can prepare for a new year. Formula 1 will meet at the Circuit de Barcelona-Catalunya from February 23 to 25, where the British would have to test himself with the new single-seater that the German brand is already preparing for 2022. That car with which Toto Wolff hopes that the seven-time champion will respond on the track after the dramatic end of the season that, in addition, he has already described as “a catastrophe”. “I really hope we’ll see him again,” the team leader admitted more positively in an interview with Kronen Zeitung.

“No matter what difficulties you have faced before. All his life he showed that he always speaks on the circuit, that he always answers on the track.” adds Wolff, with all his confidence in his driver because, for contract purposes, Hamilton remains attached to Mercedes until the end of this season. However, the pain is still present in the Briton, who stays away from public activity: “Right now, everything has become incredibly complicated for him precisely because it is impossible to understand where is the truth and where is the lie. This takes a while. I think after that we will draw our conclusions and try to respond on the track. Although with the new rules it will be very difficult.”

While the world awaits the reappearance of Hamilton, Mercedes has not stopped caring for its driver on social networks. He shares snapshots of his pilot, showing his support for the Abu Dhabi coup, and he doesn’t slow down his work either. In fact, the factory has also announced the presentation of the new F1 car, dated for next February 18 and with many unknowns to resolve by then. But nevertheless, Toto Wolff has confirmed a meeting with the British before any official event, a meeting that could be key to the future of both parties: “It just takes time. At the latest, we’ll meet again in February, and it certainly won’t be to drink tequila. I had enough of that in Abu Dhabi.”

And, having to say goodbye to one of the greatest figures in this sport, the Austrian is clear who to point out: “He is the most important part of F1. And if the best driver decides to leave because of scandalous decisions, the whole series will be to blame. He will never forget what happened in Abu Dhabi, because what happened to Lewis was simply a mistake. That day he was unbeatable, until the stewards blew a fuse and decided to commit several infringements. It is difficult to understand and will always stay with us. Although Max (Verstappen) be a worthy champion throughout the 2021 season, but that day Lewis was better and didn’t win.

‘I have piercings that I can’t remove’
Did Lewis Hamilton think about leaving Formula 1? He himself reveals it!
The rematch between Max Verstappen and Lewis Hamilton or the awakening of Ferrari
FORMULA 1 1548