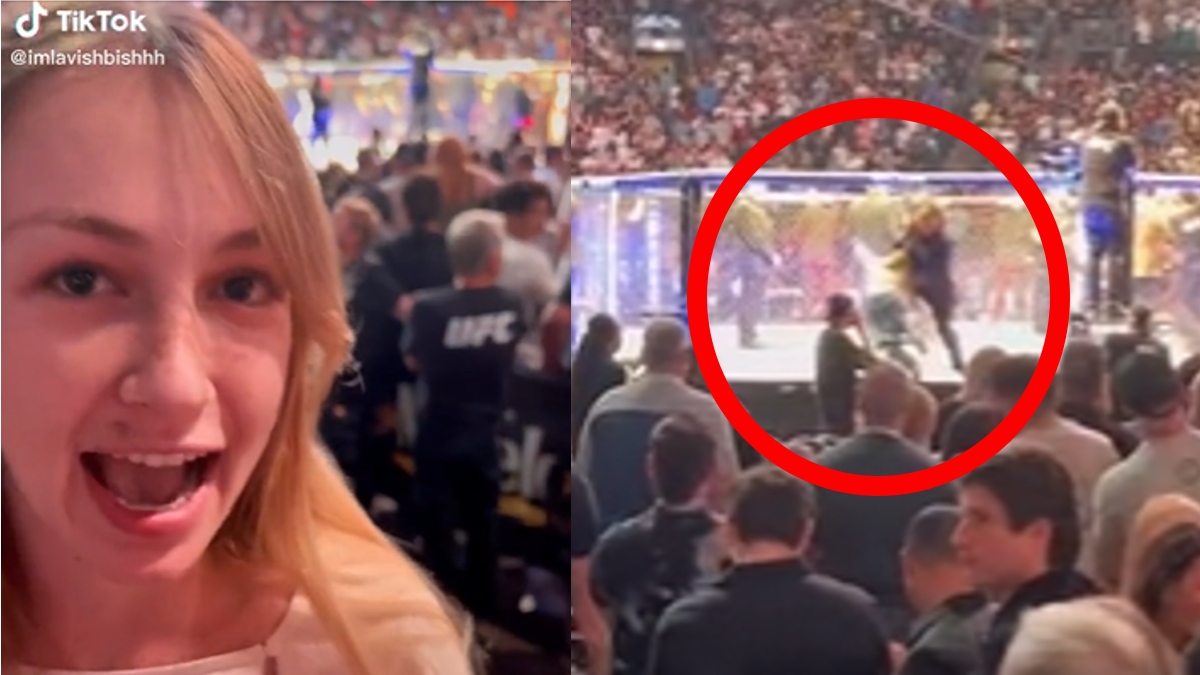 During a function of UFC 274 the woman took a blow. Photo: “@kimlavishbishhhThe video that captures the moment in which a woman tries to get into

During a function of UFC 274 the woman took a blow. Photo: “@kimlavishbishhh

The video that captures the moment in which a woman tries to get into a cage where a UFC mixed martial arts fight is taking place and She is arrested by security for what she takes a beating.

The video posted on the TikTo account “@kimlavishbishhh” identified with the name Shriak Sharma shows the moment in which a spectator tries to invade the cage where a UFC fight is taking place, however, she does not succeed and He takes a terrible blow before the incredulous eyes of the spectators of the fight.

The unusual and surprising fact was recorded during a function of mixed martial arts UFC 274 held in Phoenix, Arizona, United States, when a young woman walked down the hall to the cage and tried to get into it. But she did not turn out as she expected.

While in the octagon they faced Charles Oliveira and Justin Gaethje, During the first round of the fight, the spontaneous ran from the corridor to try to get on the platform when she was surprised by a security guard who without hesitation gave her a push and the witty fan went flying in a spectacular way to end up on the floor.

Local media reports indicate that despite the tremendous blow suffered by the woman, minutes later he tried to get into the locker room but again was stopped by the security of the event.

The woman was intoxicated, so she was held by security guards until The police arrived to make the arrest.

UFC Vegas 53: Chito Vera triumphs in his first UFC main fight
Who is coming now? Rafael Fiziev and his wishes in the UFC
MMA announces, together with Corfo and Sofofa Hub, a program to accelerate the circular economy in Chile
UFC/MMA 961