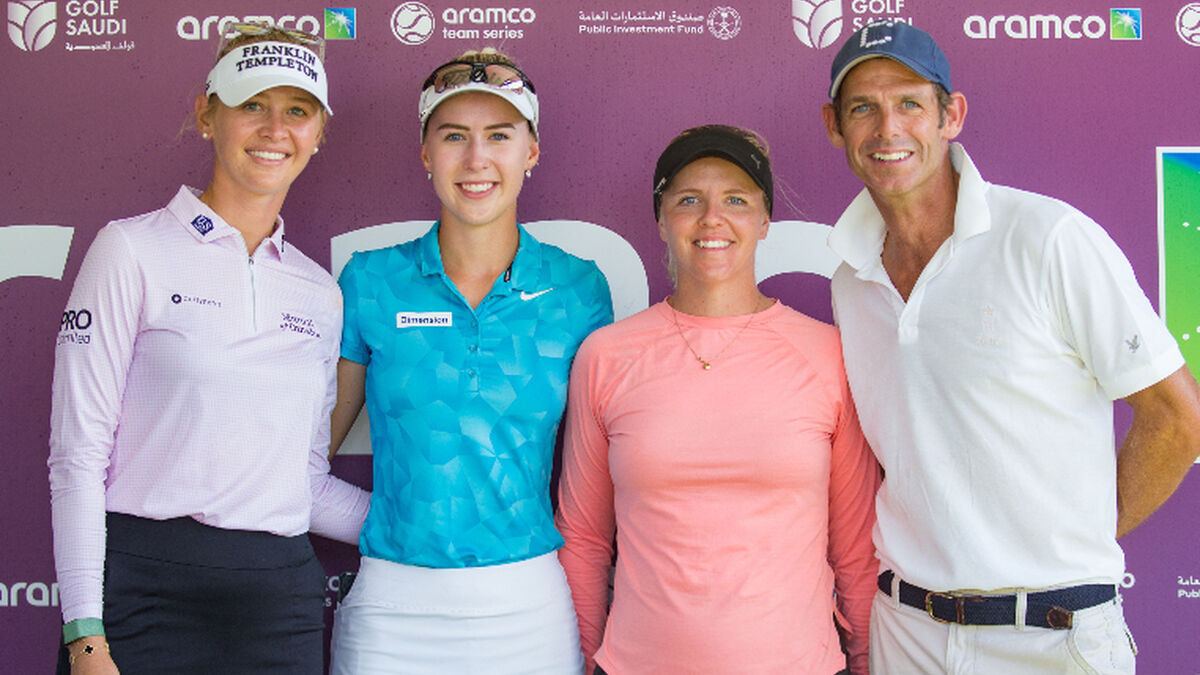 the american Jessica Corda continues to lead, now fifteen shots under par and six ahead the Aramco Team Series of golf, a valid tournament for the

the american Jessica Corda continues to lead, now fifteen shots under par and six ahead the Aramco Team Series of golf, a valid tournament for the European Women’s Circuit, after yesterday’s dispute second and penultimate day in the La Reserva field, in the Sotogrande urbanization, in San Roque. The last one, this Saturday, will no longer be played in the team format, but individually, so the team of the greatest of the Korda (which also included Tereza Melecka, Noora Komulainen and the amateur Malcolm Borwick) He took the victory in the collective section.

Jessica Korda can’t find a brake and continues to lead the individual classification of the Aramco Team Series of Sotogrande. In fact, after his spectacular 61 hits on the first day, he increased his income thanks to a card of 68 (-4) on this second day. He follows him, far away, France’s Pauline Bouchard (-9), secondand his sister Nelly Korda, third with -8.

In any case, many of the contenders in this tournament would like to present a card with four under par, which to Jessica they served to varnish the great advantage achieved on Thursday and put their possible victory on Saturday in the final day to the point of candy.

If the first day got three eagles And six birdies for just one bogey, on the second tour he repeated the half dozen birdies, but increased to two bogeys, hence the -4 card.

Bouchard, with another half dozen holes in a stroke less than par, continued with the trail of regularity that marked the first day, while the youngest of the Korda climbed positions thanks to a rounder round than the one on Thursday, when she got stuck on the 5th hole with a double bogey that weighed her down.

The Malaga Ana Pelaezwho on Thursday was embedded among the persecutors of the leader, made a great run on this second day with four birdies and a single bogey, placing fourth in the standings.

This Saturday is scheduled at the club La Reserva the third and last day of this professional women’s golf tournament that brings together the best professional players within the third scale of the Aramco Series championship, which arrives in the San Roque urbanization after the dispute of the events of Bangkok (Thailand) and London (UK) and before passing through New York (United States) and Jeddah (Saudi Arabia).

In this closure it is presumed good public attendance that in fact has already been felt in the first two laps.

The complete classification can be found at this link.

Loading...
Newer Post
Street fights: Secondaries faced blows even with boxing gloves in Almagro Park
Older Post
Another crack: it is in Formula 1 and it was opened by a historic driver in the category