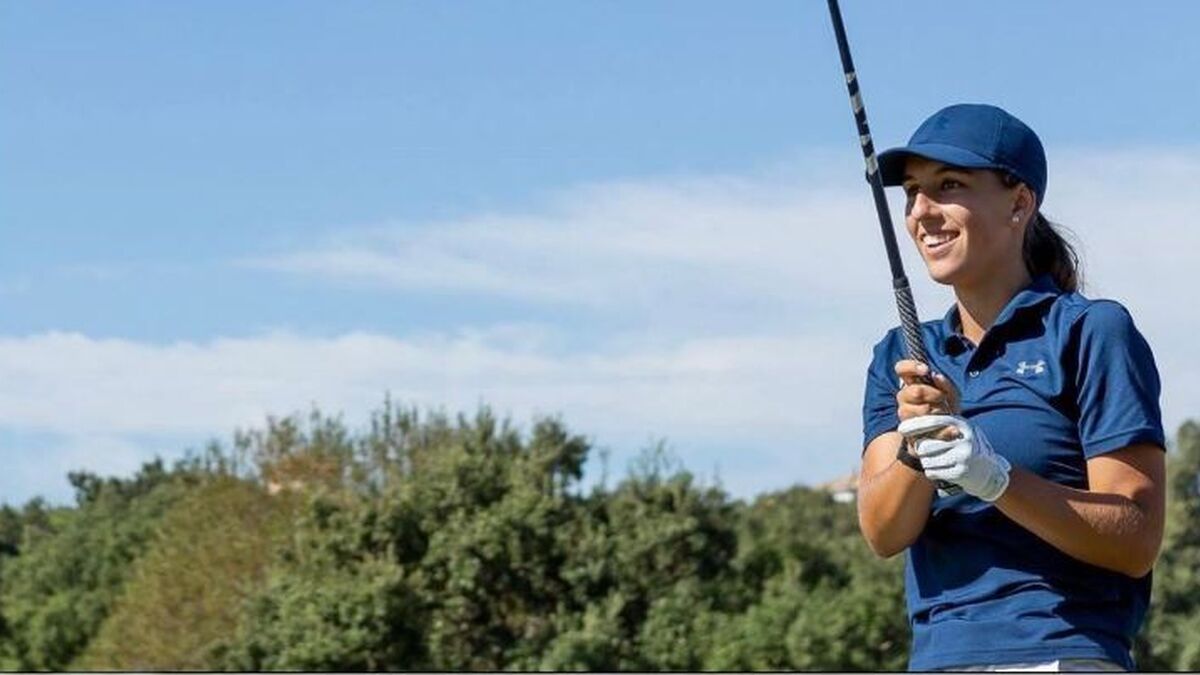 Campo de Gibraltar golf will be very present in the third tournament of the Aramco Team Series which is played from this Thursday until Saturday in The Sotogrande Club Reserve, with a bag of one million euros at stake. It is not just that it be played in San Roque, which is already decisive, but that Julia Sánchez, from La Cañada, and Irene García (a native of Jimena and who competes with a license from Alcaidesa) will take part as amateurs of teams of four golfers led by the best on the planet who will compete the first two days.

Everything is ready for the third of the five Aramco Team Series tournaments, which belongs to the European Women’s Golf Circuit, to start this Thursday. The best of the Spanish bets, the pamplonica Charlotte Ciganda, will have as companions Elena Hualde and Laura Gomez Ruiz, in addition to an amateur that the organization has not yet released.

Precisely in that chapter of the non-professionals It is the one that is going to be reflected the most in the Campo de Gibraltar. Two of his most promising players, Julia Sanchez and Irene Garcia They will enjoy the unique opportunity of competing for two days alongside the best golfers on the planet and in an enviable setting.

“I want Spanish golf to continue growing and I believe that this great event is an opportunity to do so” commented Ciganda, 32 years old. “When I play as a team it is very important to fight, to have fun. During the Solheim Cup I struggled. So I want my teammates to have fun first and then fight, give it their all and have a good time.”

The winning team of the Aramco Team Series in London was led by nicole garcia and plans to repeat the performance in La Reserva. The South African took advantage of her election to meet again with Caroline Lampert, with whom he played a year ago in this event. García’s team will also have the Finnish Krista Bakker, which was part of triumphant quartet at the Aramco Team Series in Bangkok in May.

Garcia, 31, has commented on the matter: “I think I have a very good team. Karolin Lampert was my captain in the same tournament last year; she is a great player, she plays very well with the wind and I have a lot of fun with her. We are good friends. I haven’t played with Krista in a while, but I think she’s having a great season. She has had a good run in the team event. Fourth member of the team, the amateur, has a lot of influence”.

“All the girls have very similar skills -they can all make a lot of birdies-, so their role is also important, which is quite nice. I have been very lucky with the amateurs I have competed with. I hope we have a good week; If not, I’ll still have a good time,” he added.

The number 3 in the world, Nelly Korda, he opted for rising French star Emma Grechi. His partner is the Spanish Elia Folch. The sister of Corda, Jessicachose Tereza Melecka, and Noora Komulainen completed his professional trio. The three-time winner of a major, Anna Nordqvistchose his compatriot Lisa Pettersson and joined them Becky Morgan.

With this list of players, the Sotogrande stage starts this Thursday, the third of five $1 million Aramco Team Series tournaments on the LET schedule for 2022. It is famous for its unique format, in which three LET professionals play as a team with one amateur player. On this occasion, it returns to La Reserva Club de Sotogrande with a new format compared to last year’s inaugural Series. During this season, the teams will compete in only 36 holes -on the Thursday and Friday of the tournament- with a prize of 500,000 dollars that will be distributed among the fourballs lower score.

On the last day of play, Saturday, only the 60 players with the lowest score and those tied for the first two days will return to the field to fight for a share of the other $500,000this time in individual earnings.

Tickets for this attractive competition They are for sale at a price of five euros.

Loading...
Newer Post
Bill Russell’s number 6 and the campaign to remove it from the NBA: which players wear it?
Older Post
Formula 1 driver George Rusell spends his holidays in Lanzarote