WOMEN’S FOOTBALL Alexia criticizes: “This pace is not what we have in the league…” 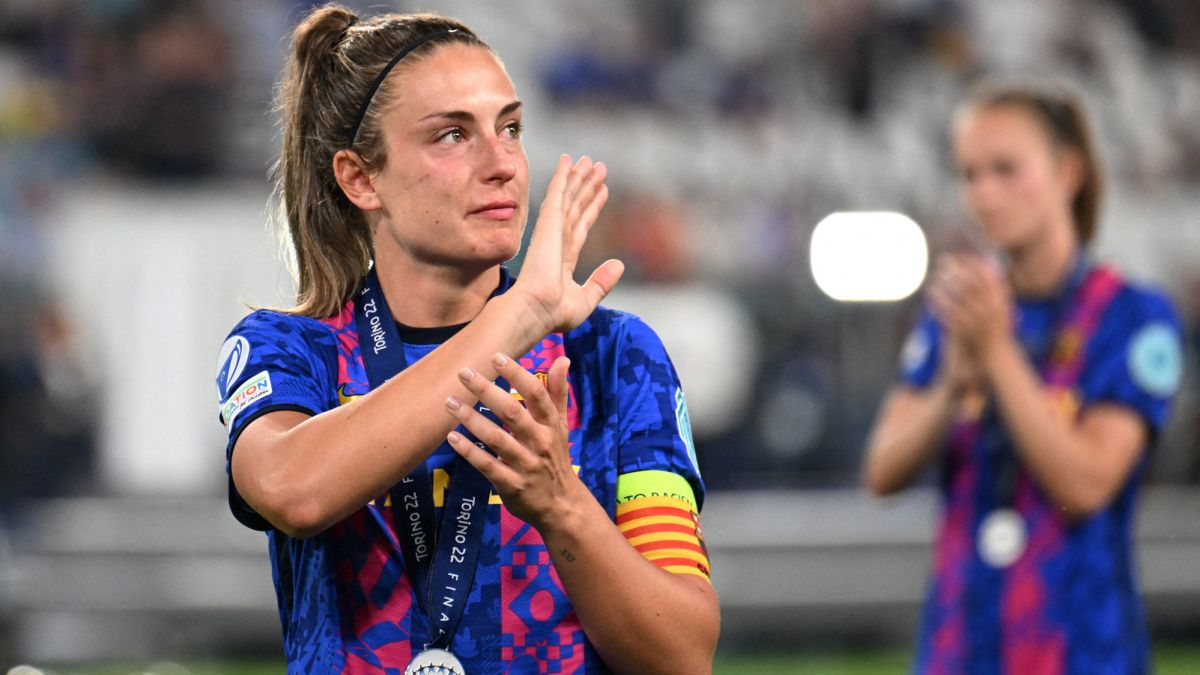 At the end of the game, Alexia Putellas spoke to TV3 and was critical of the domestic competition and made it clear that this has been a handicap

At the end of the game, Alexia Putellas spoke to TV3 and was critical of the domestic competition and made it clear that this has been a handicap for the team’s growth: “The assessment that I draw is that, no matter how much we train, we need their competitive rhythm because this rhythm is not what we have in domestic competition. It is achieved by tightening all, all the infrastructures, all the players, everything has to be tightened If we want to have this competitive rhythm, we have to change…”.

“It’s not a question of investment, as a player I would love to have this rhythm of competition every game, because that way they anticipate you in every play, but this is in the past“, he stressed. The footballer also spoke about the fans: “I’m annoyed, like all my colleagues. I feel very bad for all these people who have beaten themselves from Barcelona to come here. We haven’t been able to get them to have a good memory.”

In the same line Patri Guijarro was shown: “It’s a shame because they deserved it a lot, it seemed that we were at the Camp Nou or the Johan, the fans have been spectacular, for me, chapeau, they have been the first to cheer us on for half an hour once the game was over, we thank them very much. We can tell you that we’ll be back”. Regarding the match, the Mallorcan said: “UA goal in the 5th minute, a great goal from 30 meters, is not a blunder on our part, and a goal makes you very happy. We already said that he had very strong arreones and starting like this has been very favorable for them”.

Amandine Henry, scorer of the first goal of the match, took the award for the best player of the match: “I don’t know if it’s the best performance of the season, but it was spectacular. I think we couldn’t have done anything more, we were very strong, we gave everything. We came to reconquer the trophy and we have done it. We scored the game with mental and physical strength.” Regarding his great goal that opened the scoring, he explained: “I saw that there was an opportunity to try it and where the ball entered the top corner and I started to celebrate it. I didn’t think of anything else.”

That goal has completely changed the final: “Barcelona likes to have the ball and that they had to press from the start because they are the ones who score quickly. We thought that we could score soon and it would affect him and we have done it. And then another and another. Although it is a great team, it has cost them. Like lucky to have won.” About his performance and achieving his second MVP in a Champions League final, he said: “I like these games, they go into my veins and I am lucky to have the confidence of my teammates. It’s the effort of the whole team.”

Do you like futsal? get ready because the National League begins
WOMEN’S FOOTBALL Aitana: “In the final against Lyon we want revenge”
Colombian players with the best valuation for international football
FOOTBALL 2705

Loading...
Newer Post
The reality star wears an amazing thong in her boxing debut, and the judges award her the victory
Older Post
4 players available in the NBA who could make a good pair with LeBron James