WOMEN’S FOOTBALL Barcelona is closer to the desired perfect season 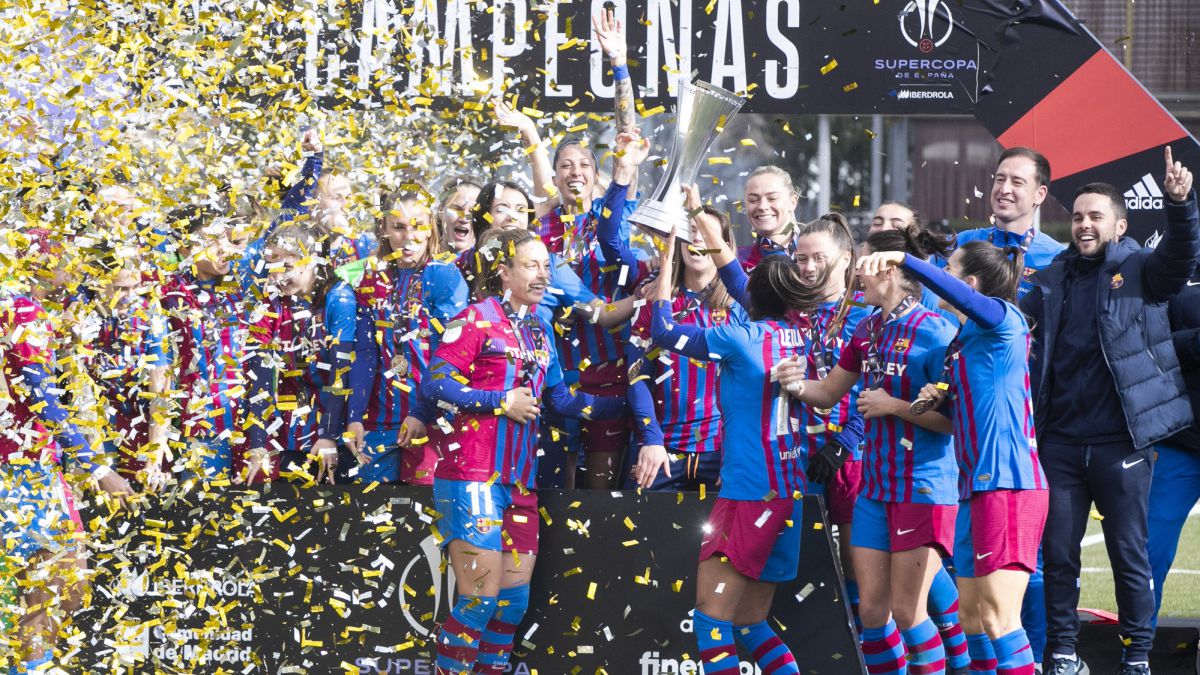 Last season Barcelona made history. A course in which he won the treble, lifted the first Champions League in the history of Spanish football, ga

Last season Barcelona made history. A course in which he won the treble, lifted the first Champions League in the history of Spanish football, garnered praise and amazed with his precious football. However, the players finished the course with a thorn stuck. They had not achieved the perfect season. This course, after winning practically all of it last year, they seek to go one step further. It is the challenge that they have set themselves in the Barcelona dressing room: sign a perfect season.

The first step was already taken. The one that got away last year when Atlético eliminated them in the semifinal of the Super Cup and left them without the first title of the year. Scotch, but it was a teaching. Any rival, at any time can leave you without a title. That’s why this Super Cup was so important this season, to start the season with the first title of the year in your pocket. First challenge overcome of those that the Barça team has ahead of them. It wasn’t easy, in fact, they struggled to win the semi-final against Real Madrid. Alexia’s goal in discount time served to give the ticket to the final and there they were not going to fail. Beat (7-0) to Atlético, another sample of an overwhelming superiority and one of one of titles so far.

But it’s not just the what, it’s the how. The Barcelona players want the perfect season and for this they are clear that they cannot relax in any match. They want to finish the course with full victories and, so far, that is what they have done. In Primera Iberdrola they have 17 wins in 17 games with 98 goals for and only four against. They take eleven points from the second, Real Sociedad, and it seems clear that the title is not going to escape them. However, last year they could not finish the championship with full victories after losing against Atlético. That is the challenge this course, to win everything to make a record Barcelona. In Champions they also add six victories in six games with 24 goals in favor and only one against. Plus the two victories in the Super Cup. In total, 25 games this year and 25 wins. Almost nothing.

But there is still the most important stretch of the season. The league continues its course with 13 games still to be played, including the duel against Real Sociedad (which was postponed), the match against Real Madrid in Barcelona or against Atlético. Complicated games that the azulgrana, despite having the title practically done, want to settle with victories.

The Champions League seems more complicated. In March, the azulgrana will have the double quarter-final clash against Real Madrid. For April, if they pass, they will have the semifinal duels against Arsenal (whom they have already thrashed in their two games in the group stage) or Wolfsburg. The final, still without a date, would be against Juventus (host), PSG, Olympique de Lyon or Bayern. However, the rival to avoid is Barcelona, ​​the defending champions and the most fearsome team in Europe right now.

There is also the Queen’s Cup. The azulgrana will enter the hype in the next round, that is, in the round of 16 and in a single match. It will be for March 2-3. Then he will have to overcome the quarters (March 16-17) and the semifinals (May 25-26) to be able to defend the title of the KO tournament on May 29. Challenges are missing. Because the Barça dressing room has conjured up. This year they do want to sign ‘The perfect season’…