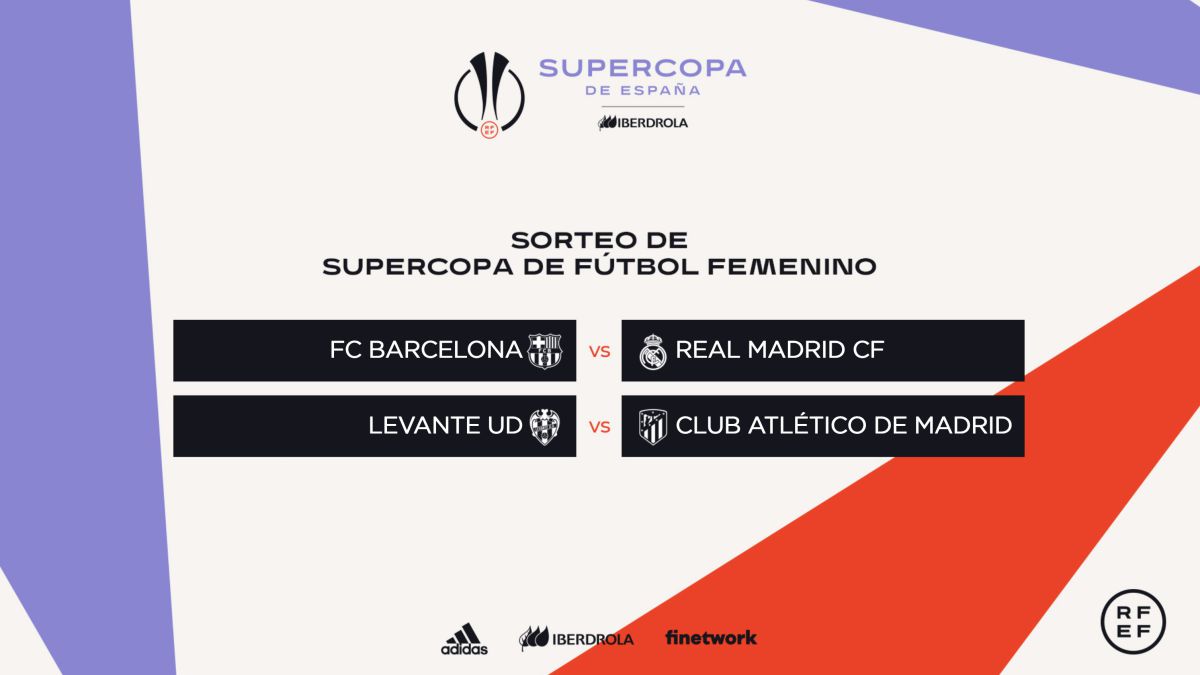 Bombshell in the draw for the Spanish Super Cup. Barcelona and Real Madrid, the first two of the Primera Iberdrola last year, will be measured in

Bombshell in the draw for the Spanish Super Cup. Barcelona and Real Madrid, the first two of the Primera Iberdrola last year, will be measured in the first semifinal of the tournament of champions. While, Atlético and Levante will meet in the other duel for a place in the grand final. Without a venue, the final four of the Women’s Super Cup will be played from January 19 to 23. So, as in the men’s, in this month of January there will be two Barcelona vs Real Madrid in the Super Cup.

The Ciudad del Fútbol de Las Rozas hosted the draw for the Spanish Super Cup, which will be played for the third consecutive year with the final four format, and the third round of the Copa de la Reina where First Iberdrola teams are already entering. Laura del Río, former soccer ball and U-23 coach and Jorge Vilda, national coach, exercised innocent hands in a draw without an audience due to the pandemic.

“It is a challenge for the four teams. We will see a great level. As a player I would be super motivated, explained Laura del Río about the competition. Jorge Vilda spoke in the same vein:” Maximum level and interesting matches. The format of both the cup and the Super Cup is a success. It is a very attractive format and I am looking forward to enjoying it. “What has not yet been revealed is the venue for this final four, although everything indicates that it will finally be held in Madrid in the soccer city of Las Rozas.

Eight Primera Iberdrola teams and they are in contention

The Queen’s Cup raffled its third round in which eight First Iberdrola teams are already in the running. The last classified of the First Iberdrola last year will play their first tie against the survivors of the lower categories: one from First National and seven from Reto Iberdrola.

Among the most interesting matches, Racing will face Athletic; the one in the lowest category, Málaga, will play against Rayo Vallecano or the Andalusian duel between Granada and Betis.

Draw for the Queen’s Cup.

Real Madrid | “It would be the hardest blow to Florentino as president …”
The most viewed soccer video on YouTube in 2021
FC Barcelona: Mateu Alemany and the inscription of Ferran Torres: “We know how we are and the fair-play problems”
FOOTBALL 1108