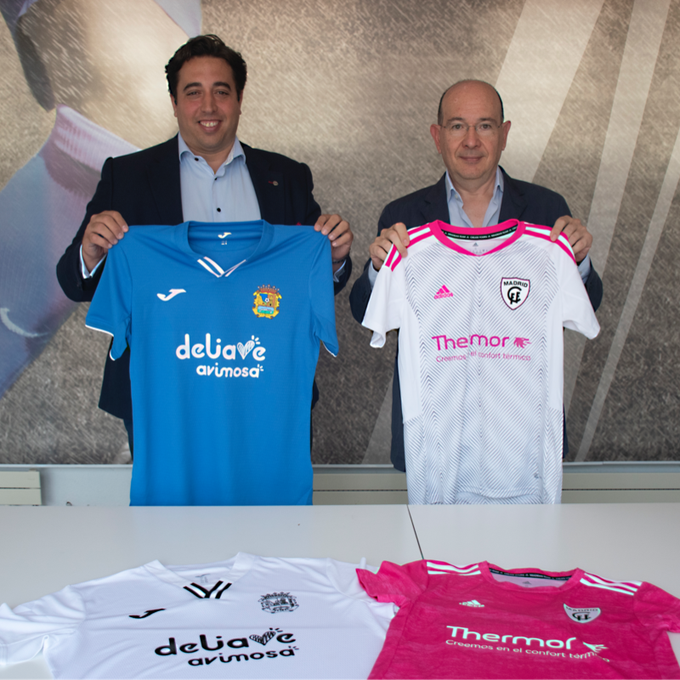 The leaders of both entities pose with their respective shirts (photo: CF Fuenlabrada)

CF Fuenlabrada and Madrid CFF (Women’s Football Club) have announced this Friday the signing of a strategic alliance between both clubs by which Fuenlabrada will have First Division women’s football and the first elite grassroots football project will be built in the southern area of ​​the Community of Madrid.

This agreement, described as historic by the signatories and which has the strong support of the Fuenlabrada City Council, aims to satisfy the institutional, sporting and social needs of both entities and its result will be to carry out the best and largest women’s football project in Europe in Fuenlabrada.

With this union, the ‘Madrid CFF’ brand will be established within the Fuenlabrada ecosystem without losing the idiosyncrasy that has made it a unique project in the world of women’s football, with more than 500 players. The Madrid CFF will allocate to this project the amount of €1,366,389.00 -received from the CSD charged to the European funds of the Recovery, Transformation and Resilience Plan– to undertake improvements in infrastructures and equipment and their maintenance.

The first team of the Madrid Women’s Football Club and CF Fuenlabrada will carry out a training center in the Ciudad Deportiva de La Aldehuela equipped with the highest level infrastructure and Madrid CFF will play its matches in the highest category of women’s football in our country at the Fernando Torres stadium.

Loading...
Newer Post
Tickets FC Barcelona vs Elche
Older Post
F1 2022: Red Bull and the reasons for the drop in performance of Checo Prez in the season