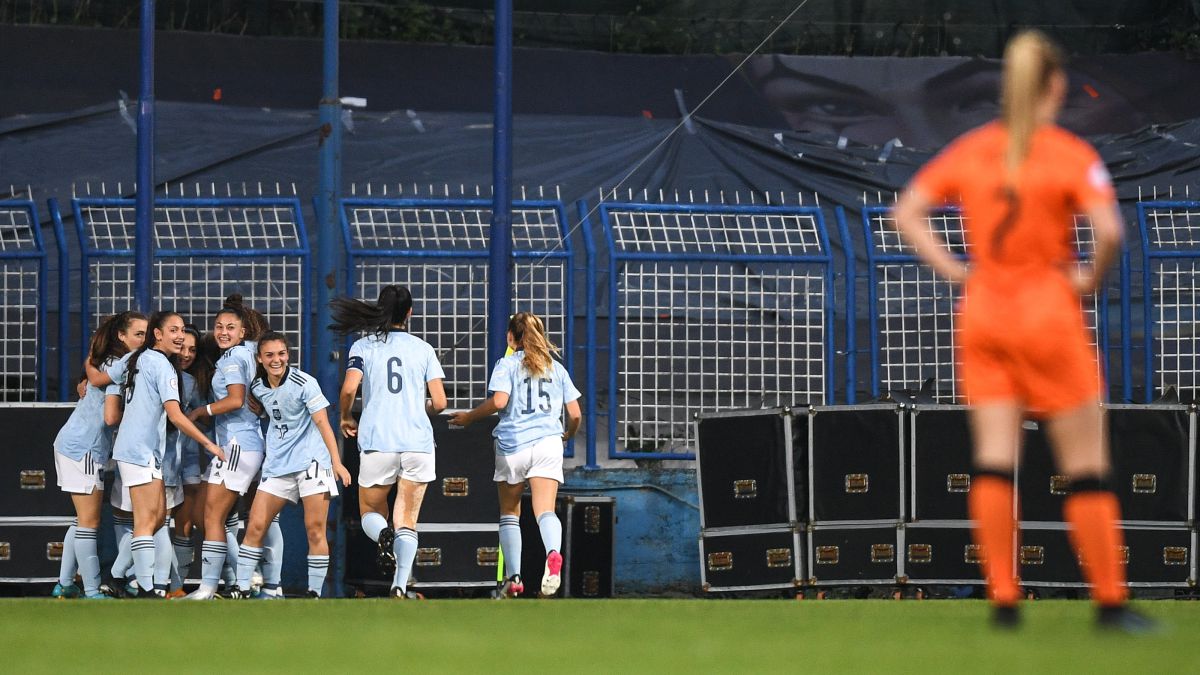 Spain beat the Netherlands in another great game from Kenio Gonzalo's team and won the double prize: Euro Cup final against Germany (Sunday, 8:00

Spain beat the Netherlands in another great game from Kenio Gonzalo’s team and won the double prize: Euro Cup final against Germany (Sunday, 8:00 p.m.). The rojita was much superior and continues to demonstrate the great health of the Spanish quarry with a new final. Spain will seek its fifth continental title…

Spain met a Netherlands that from the first second came out to press and not let La Rojita play. But he didn’t do well at all. Two minutes later, after moving the ball from one side to the other, Pujols found Corrales on the run and she assisted Nina Pou who opened the scoring from the first inside the area. Great blow for the Dutch and great news for the Spanish who were already ahead at the first arrival. However, they were not having a good time. The physique and the high pressure from the Netherlands does not let Spain be comfortable. Kroese had two chances, Carla Camacho also had hers. Lacroix, one of the most dangerous in the Netherlands, forced a free kick on the front that she sent out of it herself. As the minutes went by, the Dutch force dropped and Spain kept the ball, dominating and commanding, although without creating too many chances.

After the restart, both teams made changes. The one from Spain obliged, because Corrales was limping, but he gave Vicky López freedom and the one from Madrid CFF began to do mischief. It was being the most dangerous of the Spanish, unstoppable for the Dutch. Still, Kroesen had another chance. The Netherlands tried to put that high pressure back, but it was Spain who stole up front, had the ball and barely conceded chances. In fact, the Dutch coach changed to the side that covered Vicky and in the first one he had, he left her, reached the baseline and assisted Pou, who again finished off the back of the net. There were 20 minutes left and Spain had it almost in their pocket. La Rojita, in fact, continued to do the same, with an unleashed Vicky López, a very well positioned midfield and an insurmountable defense. Because Sofia was hardly seen. Moreover, Spain had the third on several occasions, Vicky, Olaya and Magalí had the best. Even one that took out the Dutch defense under sticks and a Vaseline by Vicky López who took out the goal. And, in the discount, it came through Olaya. Victory and double prize: final and ticket for the World Cup in France.