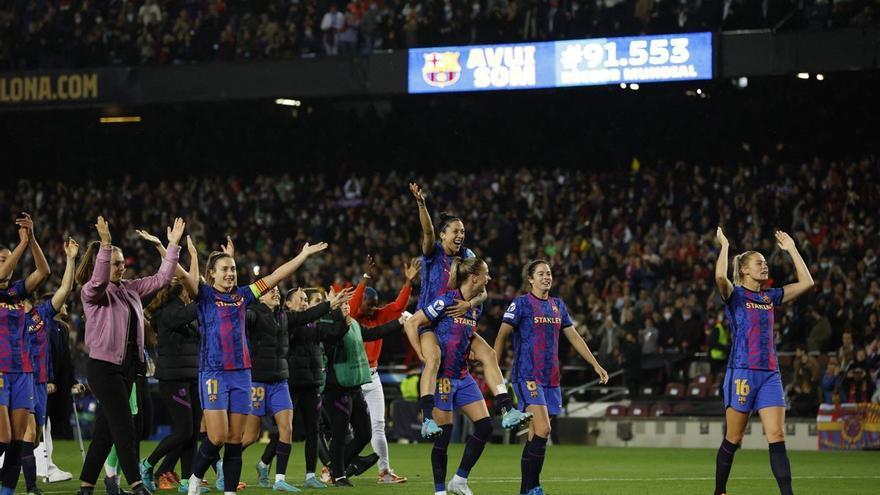 Nothing less than 91,553 spectators attended last Wednesday, March 30, to witness the 'classic' feminine. The ma

Nothing less than 91,553 spectators attended last Wednesday, March 30, to witness the ‘classic’ feminine. The match victory went to FC Barcelona, yes, but the triumph went to all women’s footballbecause with that match the attendance record for a women’s match in the entire history of football was broken.

The case is that until the feminine FC Barcelona has not begun to add achievements has not aroused interest. And of course now it’s totally Welcome and the players can feel more than proud of what has been achieved. But what should be considered is why should the double the effort women’s teams achieve these acknowledgmentswhen they are playing a sport with the same rulescovering the same distances and scoring in the same goals?

The worst thing is that it has always been quite common to hear comments derogatory towards women’s football, because it seems that the only thing that men’s and women’s football share are the rules of the game. And the fact is that, now, many of those people who commented that women’s football matches were only going to be seen by relatives and friends of the players, are the same ones that on Wednesday filled the Camp Nou and proudly rooting for ‘their’ team. It seems that we only feel something like ours when triumphs and we think we can take pride in it.

Tags: Among all, different respect", "Women's football: same rules
“It was worth getting up early to see the MotoGP races of the Indonesian Grand Prix”
“Paco Gento and total football”
The vibrate of an engine, the beating of a hobby
FOOTBALL 2726