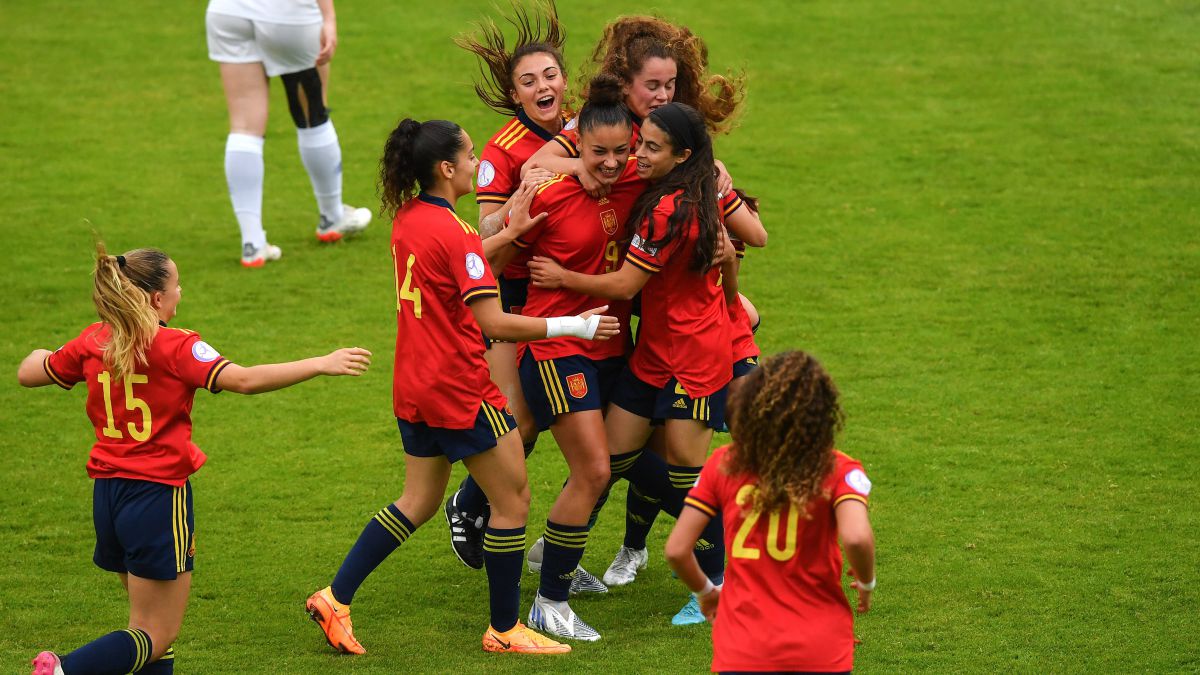 Spain has a foot and a half in the semifinals, that is, it is one step away from fighting for the first objective: the ticket to the World Cup in

Spain has a foot and a half in the semifinals, that is, it is one step away from fighting for the first objective: the ticket to the World Cup in India. Those of Kenio Gonzalo once again demonstrated a great superiority to Finland and, if Norway does not beat France tonight, they would mathematically be a team in the semifinals. The last duel of the group against the gralas will determine whether as first or second in the group. Spain showed ambition and punch against a Finland that was greatly outmatched.

Kenio came out with news. Pujols, Pou or Martret started from the start. Finland risked his life, winning kept him with options and he came out from the beginning to bite. But Spain managed to gain control and move well to the Nordics who could not break the good circulation of La Rojita. Camacho, who was once again the reference, gave the first warning, but he ran into Arpiainen. Spain dominated and found the Finns unbalanced, especially with a participatory and incisive Paula Partido on the right. Thus, in minute 17, a center from the right was caught by Pujols from outside the area and his shot ended up in the back of the net. Great goal that left the Nordics touched. Spain kept playing at will, pressing well after loss and always looking for spaces. And in the 22nd minute, after a good circulation, the ball reached Paula Partido, who hurried to the baseline and assisted Carla Camacho for the calmer one. Real Madrid’s connection was working and Paula was being a real headache for the Finnish defence. Camacho could have put the third if it weren’t for the Finnish goal and Olaya, shortly after, also met the goalkeeper who was being the best of her team. In fact, before the break, she avoided Martret’s third.

After the restart, Finland brought out all its artillery, especially a regular Walta in the top flight of his country despite being only 16 years old. He pushed, but he hardly hurt Sofía and, on the other hand, each arrival of La Rojita was synonymous with danger. She had it again Martret, Oalaya for free, Camacho, Pou and again Olaya meeting Arpiainen. With half an hour to go, Kenio Gonzalo refreshed the team and in the first of Amezaga, who had just come out, crashed into the post. Arpiainen again appeared in Ranera’s shot and Pou found the woodwork again. Until, with fifteen to go, Pou sent the ball to the post and in the rebound Amezaga put the third. He wanted La Rojita more and Amezaga crashed again with the stick. And, in 87′, a lateral cross was touched by Amezaga for Magalí to make it 4-0. Goleada and the ticket to the semifinals almost in the pocket…

America: The last signings that the Eagles could not make
The 10 most dangerous barrabravas of Argentine soccer
COVID hits football in Europe: all games postponed
FOOTBALL 2775

Loading...
Newer Post
The monkey Gatica, the boxer of the town who was left in ruin and lived in La Plata
Older Post
F1 | Carlos Sainz: “Madrid had it worse…”