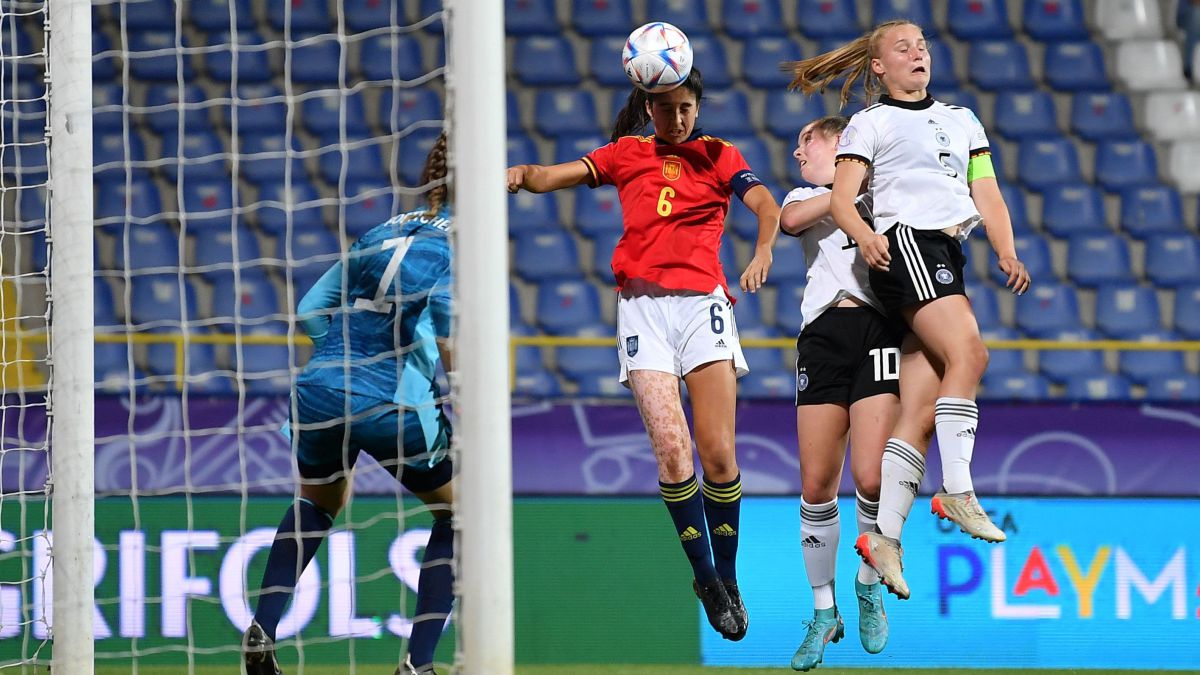 The black beast crossed the path of Spain again. Germany lifted its eighth continental title after another fateful penalty shootout. La Rojita, who had traced the German initial goal, saw how in 87′ Alber put the tables and the curse of the shootout deprived him of the title: four times the final between the Spanish and Germans has been resolved from eleven meters and all four have been for the Germans. Those from Kenya leave Bosnia Herzegovina with the ticket prize for the World Cup, but the bad taste in their mouths of not being able to lift the title.

Spain did not start well. La Rojita was uncomfortable, without being able to circulate the ball, without finding the imbalance of its ends and without forcefulness behind. So much so that Germany, which came out with very clear ideas, began to give warnings. In the 9th minute, a good play by Alber ended up being finished off by Sehitler, but Ortega touched it enough for it to crash into the crossbar. It was Alber who later forgave in a one-on-one with Sofía, whom he dribbled past and, at an empty goal, sent the ball into the back of the net. But the third time they did not fail. After a rejection in the area, Stodt placed his shoe in the squad to put the Germans ahead. Spain was not. Flat, without ideas or that happy game that has taken him to the final. But, in the first arrival, he put the tie. A lateral free kick that Vicky López took and Artero finished off at the far post at the back of the net. A goal that gave La Rojita peace of mind and, above all, confidence. She was still not comfortable, but at least she went into the break with a draw.

Kenio Gonzalo moved the bench in the second half and Spain changed. Camacho entered upstairs, Íñigo in midfield. Vicky López had more freedom and the Real Madrid striker won more balls up front. Back, the team seemed safer. And the Madrid CFF began to do mischief. He had the first clear after a filtered pass that the winger dribbled past his pair, but his shot was cleared by the German goal. Germany responded quickly through Stoldt, but his shot in front of Sofía went too cross. And, in 62′, a ball from the defense to the area was finished off by Carla Camacho on goal in a blunder of the goal that was wrong at the start. Spain had completed the comeback, but wanted more. And she had them. Lucía Corrales, who has just left, had two very clear ones, especially the second one, but her shot was very close. Germany had to press, they had no other choice. And she did, although Kenio Gonzalo’s barely suffered. It was all push, but little football. However, when Spain already smelled the title, Alber took an impossible shot for Sofía and tied it. Even so, Vicky, in discount time, was able to give the title to Spain. First with a shot after getting away from a defender that Boettcher took out and then with another shot on the last play of the game that narrowly missed.

Spain was facing the curse of penalties, and it happened again. And that started well with Olaya’s goal and, despite Pou’s mistake, Sofia’s save on Bender. Sehitler and Gloning scored, Pujols too, but Vicky missed the final. The title escaped Spain, again, from eleven meters…