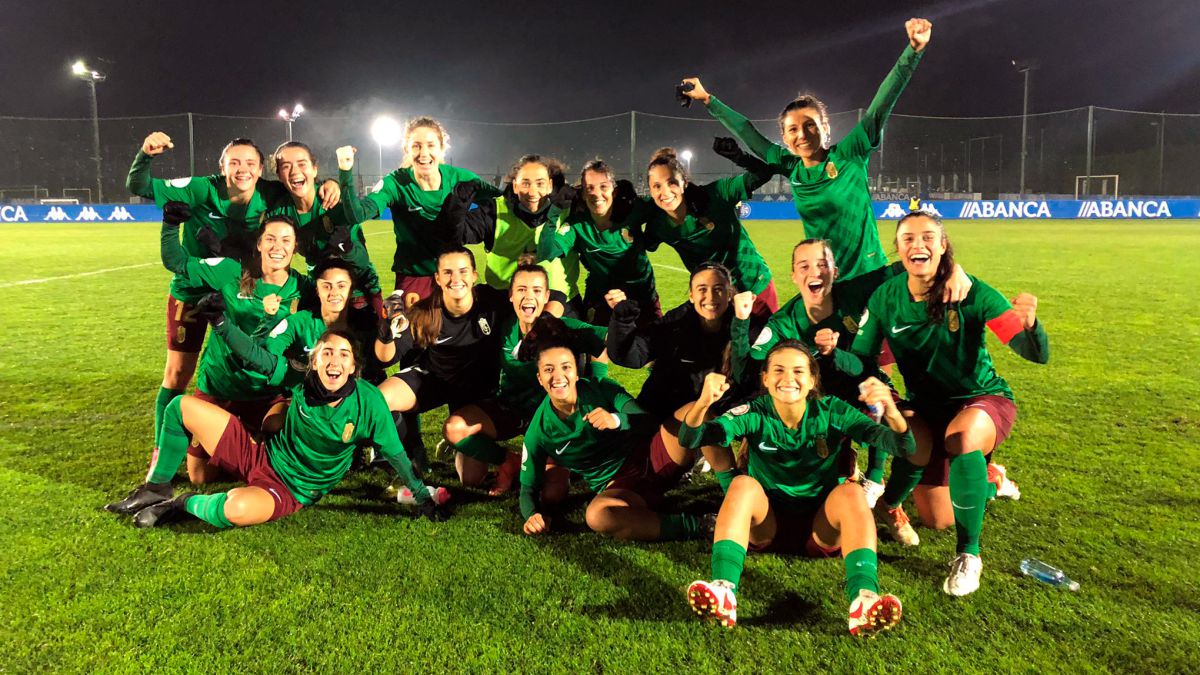 The eight Reto Iberdrola teams that have achieved your pass to the round of 32 of the Queen's Cup: Real Oviedo, Juan Grande, Málaga, Granada, Logr

The eight Reto Iberdrola teams that have achieved your pass to the round of 32 of the Queen’s Cup: Real Oviedo, Juan Grande, Málaga, Granada, Logroño, Racing, Espanyol and Alhama They have passed the round and will face First Iberdrola teams in the next phase of the competition. The date of the draw in which Villarreal, Alavés, Eibar, Rayo Vallecano, Betis, Athletic, Sporting Huelva and Valencia will enter is not yet known.

Racing Santander beat Friol with authority (1-7) to get into the round of 32. Alhama also achieved their pass easily against Córdoba, which they beat 3-1 and Juan Grande against Cacereño, leader of the southern group of Reto Iberdrola, by 2-0. For the minimum they took the Granada’s ticket to the next round against Depor (0-1) thanks to a goal from Patri Mascaró, Logroño against Santa Teresa (0-1) and Espanyol against AEM (1-2). And the penalties had to resort to Málaga, who played at La Rosaleda against Zaragoza CFF, and Real Oviedo against La Solana.

There is still no date for the next draw, but there is for the matches that areThey will play between January 26 and 27, 2022 and it will be a single match. The eight winners will play the eighth with the incorporation of the eight remaining First Iberdrola teams (Barcelona, ​​Real Madrid, Levante, Atlético, Real Sociedad, Madrid CFF, Sevilla and Granadilla).

REAL SOCIETY | From Pedro: “If football is fair, Real must win another League”
Jorge Mendes: “The Ballon d’Or has a name: Cristiano Ronaldo”
Javier Burrai would have international football offers
FOOTBALL 659

Loading...
Newer Post
“He asked me for revenge and I’m going to give it to him,” said missionary fighter Cristian Masset who will fight Cliford Meza in Paraguay.
Older Post
F1 | Cars are late