Women’s football: with only one match in A, the attraction goes to B | the daily 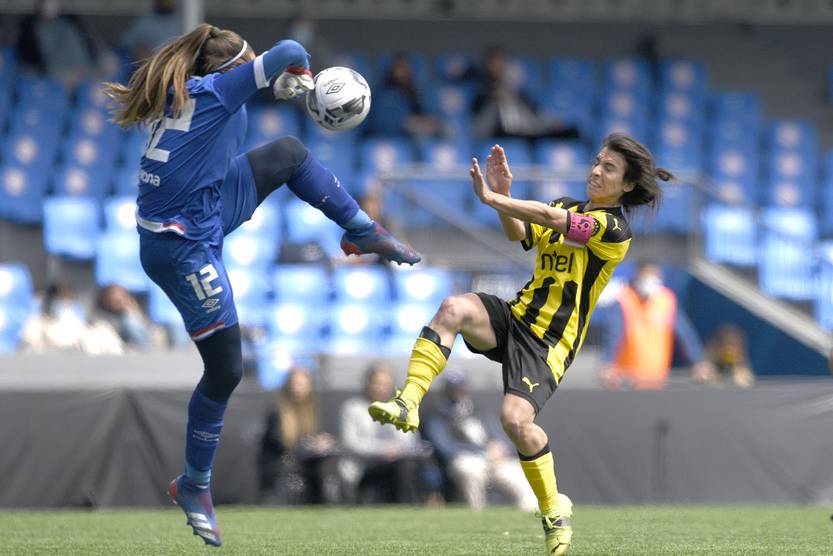 On the occasion of the presentations of the Uruguayan team in Buenos Aires (with Boca on Thursday, when it won 3-0, and this Saturday with R

Women’s football: with only one match in A, the attraction goes to B | the daily

On the occasion of the presentations of the Uruguayan team in Buenos Aires (with Boca on Thursday, when it won 3-0, and this Saturday with River Plate at 4:00 p.m.), the sixth stage of the 26th women’s soccer championship was postponed for the next weekend week, with one exception that fits perfectly.

The Racing-Nacional match will be played on Sunday at Parque Roberto at 4:00 p.m. None of these teams have players in the national team and, at the same time, Nacional is used to play as the last official rehearsal before appearing in the Copa Libertadores Femenina, which begins on November 3 in Paraguay. There he will have as rivals in the first phase the Paraguayan Capiatá on Thursday, November 4, the Brazilian Corinthians on Sunday the 7th and the Argentine San Lorenzo on Wednesday the 10th.

The Roberto Park game is part of the qualifying phase of the tournament and there will be five clubs that will then compete for the title. Nacional leads, along with Peñarol and Liverpool, with 13 points, and Racing has not achieved units. Tricolor favoritism clearly emerges from these data.

Emotional penultimate stage of the first phase in Second Division

The sixth stage of the divisional promotion is played and there will surely be new classifieds to the final octagonal, which will define the two teams (of 15) that will go up. In the first phase, which is being played, there are two series, and the best eight (four of each) will go to the final phase. In the last stage they already reached the goal of obtaining a place between the eight Montevideo City Torque and San José in series 1, and Wanderers in series 2, all three with an ideal campaign.

If Boston River beats Rampla, it already qualifies in this penultimate stage. They play on Sunday, like all games, at the Della Valle stadium, at 3.30 pm.

The other matches are Udelar-Keguay (in Keguay, Toledo, 3:00 pm), San José-Torque (Martínez Monegal stadium in San José, 11:00 am) and Canadian-Progreso (Abbadie stadium in Pan de Azúcar, 10:30 am).

It has free Cerro and the games to be played are Parque del Plata-San Jacinto Rentistas (Complex of Parque del Plata, 15.30), Plaza-Wanderers (Parque Milton Gonnet, 15.00) and Juventud-Villa Española Cimarrón (Complex of Youth, 13.00). Wanderers will have free in the last stage.

In search of the best eight inside

Between Saturday and Sunday, the round of 16 phase will be settled in the 19th OFI Women’s National Cup. Rematches are played with this card for Saturday:

On Sunday 24 they will complete: