Women’s Soccer: Charlyn Corral, the piece that was missing from the women’s team? 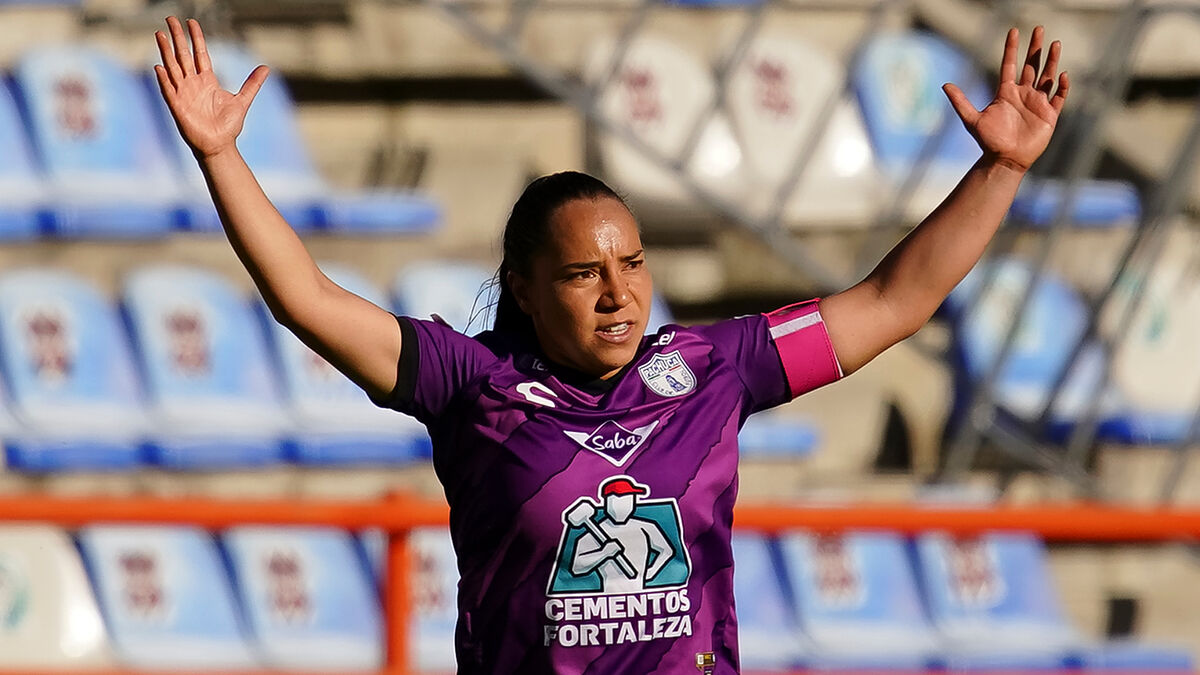 La Mexican women's team sealed a disastrous World Cup at home by losing in all their matches and not scoring a single goal in the tournament, a per

La Mexican women’s team sealed a disastrous World Cup at home by losing in all their matches and not scoring a single goal in the tournament, a performance that undoubtedly sparked a lot of controversy, especially due to the absence in the call of Charlyn Corral, current Pachuca player who is in a great moment in Liga MX and who has great experience in the Aztec team.

The Mexican ‘Pichichi’ did not enter the plans Monica Vergara for this vital tournament that distributed four direct tickets to the World Cup in Australia and New Zealand 2023 and two passes to the playoffs. The Tri’s coach was questioned about Corral’s absence, however, the argument was that the ones summoned were the ones she considered to be at the best level, ruling out some kind of veto.

“Those who did not see in the list of 60 players, are not contemplated for this process. There is no veto, there are those that I consider to be at a better level now,” I point out the tricolor helmsman a few weeks ago.

Nevertheless, Corral came from a fruitful Clausura 2022 tournament in which he scored 13 goals to place as runner-up in scoring, behind Alicia Cervantes who scored 14 goals, in addition to having reached the final with the Tuzas.

Likewise, he highlighted that this Monday, when El Tri faced the United States for the miracle of obtaining a ticket for the playoffs, Charlyn kicked off the 2022 Apertura with a goal that sealed Pachuca’s 3-0 win over Puebla that puts them after this first date as leaders of the tournament.

Another of the Criticism towards Vergara for not calling Corral has to do with the great experience he has not only at the national team level, but she is one of the best female players that Mexico has had, since she had a successful time in Spanish football in clubs like Levante and Atletico Madrid.

The lack of a goal by Mónica Vergara’s Tri was undoubtedly something that was not expected in this process in which they sought to return to a World Cup fair. However, despite having lethal players like Licha Cervantes and Katty Martinez, the strategist gave them a few minutes, again generating controversy for their decisions.

The women’s Tri stayed out of a World Cup for the second consecutive time and with a gray image by not adding a single point in the tournament played in Monterrey, in addition to going blank in the scoring quota.

Tags: Claro-MX/Soccer/Women's-Soccer
Women’s Soccer: Mexican Women’s National Team announces its call-up for CONCACAF W
Women’s Football: Kenti Robles and Real Madrid aim for the Champions after an agonizing victory
Women’s Soccer: Barcelona vs Lyon: Schedule and where to watch the final of the Women’s Champions League live on TV
FOOTBALL 3182